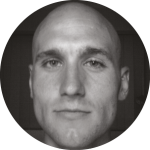 Lecturer in Politics at Lancaster University. His research focuses on issues such as Englishness and the relationship between culture, public policy and wellbeing. 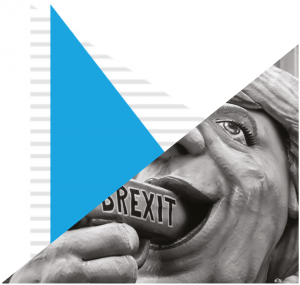 For much of 2010-2015, I ran a participatory project involving community co-researchers from Ashington, Northumberland. The project traced the ways the dissolution of institutions through neoliberalism was inflicting on once functioning communities avoidable harm, despite valiant efforts of community members. Nationalized industry had provided subsistence and purpose had been dissolved; community institutions, Unions and social clubs had provided formal welfare and community cohesion, were demeaned and devalued. The consequences were appalling: successive generations gradually becoming more dysfunctional as institutions disappeared. The key finding was clear: people need specific institutions and neoliberalism cannot provide them. This election supported that finding in important ways.

Most importantly, the Conservative Manifesto and the narrative of Conservative politicians made clear to many that the notion of ‘austerity’ had been misleading – a means of smuggling permanent small government into politics under the guise of ‘belt tightening’.

For much of the election campaign, supposedly informed left-leaning commentators have, in equal measure, dreaded the forthcoming Tory landslide and seemed to regard it as, in many ways, preferable to the incompetence of Corbyn’s Labour. May’s Red Toryism and patriotic rhetoric was seen as the perfect means of appealing to English nationalism in a way that captured the mood of Brexit – the logical extension of Labour ‘moderates’ who argued that recent electoral woe reflected Labour’s inability to understand the nation.

In large part, this perception was due to the contempt in which voters were held. Regarded, almost uniformly, to be incapable of recognizing their interests, there was a post-feudal sense that voters were unable to engage seriously with key debates, absorbing uncritically authoritarian soundbites especially where those soundbites served to damage collective interests. There was evidence to support such belief in my community on the banks of the Tyne. Here, I encountered views that rendered cognitive dissonance a community pursuit. One skilled working class voter in his 70s outlined his quandary thus: “The grandkid is paying £9 grand a year for a two-bit degree and now we might not be able to give him the house because my missus might lose her marbles”. Obviously a Labour vote secured, then? Not quite: “I’ve never voted Tory, but that Corbyn’s a bloody clown. May’ll sort it”.

Yet, as the campaign wore on, it became apparent older voters were not immune to reason. First, the Social Care reforms indicated the self-interest of older voters was threatened by a Conservative Government. Then, a series of campaigns, often independent of party affiliation, highlighted the crumbling condition of national institutions and public services. The consequences of cuts to those institutions became tragically clear in the aftermath of the terrorist attacks in Manchester and London. Most importantly, the Conservative Manifesto and the narrative of Conservative politicians made clear to many that the notion of ‘austerity’ had been misleading – a means of smuggling permanent small government into politics under the guise of ‘belt tightening’.

At the same time, young people, shocked at being dragged out of the EU, starting to think of themselves as a constituency with shared interests, were motivated by the message of hope promoted by Corbyn. They were attracted to the Manifesto pledges targeted explicitly at them and sought through social media to make voting Labour socially acceptable,breaking a ‘spiral of silence’ among other groups. Just as in the Irish referendum on Gay Marriage, the young actively engaged to counter understandings derived from the tabloid press. Gone was the apathy of my generation in our 30s, grounded in belief that elections served merely to elect the least worst administrators of neoliberalism. In its place, a substantive discussion about how our society ought to be organized.

This was apparent at Corbyn’s rallies. In Gateshead, some 10,000 people of all ages, stood in heavy rain to endorse Labour’s plans to nationalize transport, energy and industry and to create new national education, care and investment institutions. This was nation building.

As the campaign reached the last few days, Labour were cast in direct contrast to the empty nationalism offered by May’s Red Toryism – proud to be British, but unwilling to invest in Britain’s future. Indeed, as May refused to take seriously a nurse’s plea for an end to wage cuts in real terms or leading police officers’ pleas for investment in police numbers, it became apparent any future Conservative Government was committed to making very easy choices – giveaways for wealthy actors who did not need (and, in the case of Corporation Tax cuts, had not asked for) extra resources, and cuts for those she claimed to serve.

My first inkling that any of it had had any effect was on my way to commentate on the election for BBC Radio Cumbria. My taxi driver in Gateshead began by condemning the two party system and indicating that he would have preferred to vote UKIP. However, he stated that he just could not bring himself to vote Tory. They had, after all, ravaged the region and spent decades failing to invest in our lives. He and his colleagues abandoned UKIP and voted for a lentil eating hippy from Islington. So, it turned out, did the older voter concerned about student debt and the dementia tax. His grandchildren – who, like many other young people, actually voted – swayed his thinking in the days before the ballot. In an unusual example of the ‘Bradley Effect’ out-group bias, confronted with a box bearing the name of a party tribally associated with another group, he had found himself unable to act – he was a ‘Shy Labour’ voter.

This election confirmed what many of us have long argued: institutions matter. It seems that one institution supposedly cherished by May’s Government played a central role in Labour’s rise: the family. Young people opened the gateway to their elders. Society is fashionable again.