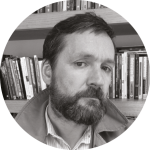 Senior Lecturer in the School of Humanities at the University of Strathclyde. He has published extensively on media, politics and culture, and is currently writing on the development of mediated populism. Michael’s most recent book – Belligerent Broadcasting (with Angela Smith, Routledge, 2017) – looks at performances of anger and righteous indignation in unscripted TV and radio. 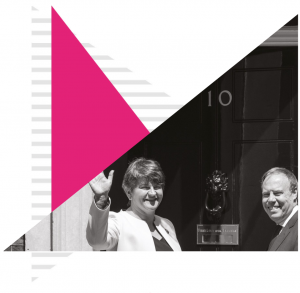 It will be clear across this report that the 2017 UK General Election was called on a single issue. Just as Edward Heath went to the voters in 1974 to ask “who rules Britain”, 2017 election saw the Conservatives’ Theresa May demand the confidence of the electorate in negotiating the UK’s exit from the European Union. Neither request produced the desired response: Heath was removed from office and May’s anticipated increased majority crumbled to a minority administration.

To some extent, such altered prospects are to be expected in the information vortex of an election contest. The tragedies that befall a functioning state, along with the interests and tactics of opposing parties, buffer and derail even the most robust campaign messages, and therefore played havoc with the conspicuously-vacuous “strong and stable” slogan favoured by Conservative strategists.

Scotland departed from the repetitiveness of the UK campaign, however, with the Scottish Conservative and Unionists opting for a more fruitful line on the internal composition and integrity of the UK. Attacks on the Scottish National Party (SNP) cited their alleged fixation on securing a further independence referendum, and consequent neglect both of other issues central to this particular election and their responsibilities in running the devolved Scottish administration. However, the most cursory examination indicates that whoever was consumed by independence over the period of the campaign, it was not the SNP. However, in a way that benefited the unionist parties, the SNP and the drive for independence had already become conflated. To take just one day, on the 5th and into much of 6th of June, the Scottish Conservatives’ Twitter feed (n=21) included 16 tweets referring either to the SNP or their First Minister Nicola Sturgeon, along with 5 tweets referring to the constitutional arrangement of Scotland (especially the “Barnett Formula”), leaving 10 tweets to other matters, including the terrorist attack at Westminster Bridge and a visit by UK Conservative leader Theresa May to Scotland. Across the other parties and platforms too, McAngus and his colleagues found that the SNP referred to independence the joint-least of the four main parties, accounting for 10 per cent of party communications; 5 per cent less than Labour and 12 per cent less than the Liberal Democrats. As elephants in the room go, independence therefore proved to be a most peculiar specimen: one that not only received its warranted attention, but excited argument as to who was responsible for its invitation.

Yet, while it is true that the independence issue helped distinguish the political debate in Scotland, it is also arguable that Scotland became central to the UK-wide campaign. At a surface level, this was manifest in discussion of the influence that Scottish members may have in Westminster. But at a deeper level, this was apparent in a lexicon portending the destruction of the whole political settlement. Picking up on a trope developed for the 2015 campaign, the rhetoric of Conservative campaign groups and right-wing newspapers cast the SNP within a “coalition of chaos”, alongside Labour and the Liberal Democrats.

This campaign moved along the contours of the devolved arrangement, informed by the on-going dynamic between contested powers across the periphery and the centre. In ways easily resolvable by political communicators, this had policy implications that may not have been made clear. As Cushion has recently noted in relation to Scotland, Wales and, now-tellingly, Northern Ireland, news and the packaging of party manifestos routinely ignored the devolved status of issues such as social care, disregarding the implications this may have for voter choice. In its symbolic status as well, however, the place of Scotland now reaches beyond the composition and balance of the House of Commons, and is symptomatic of a deeper constitutional uncertainty at a sub-national, national and now European level.