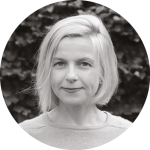 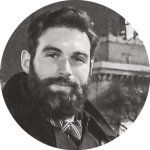 PhD candidate in Political Science at the University of Copenhagen.

Social media has opened up a new tactical front for political campaigns, and the 2017 General Election showed how citizens – armed with smartphones, computers, and tablets – actively enlisted their support in the online electoral battleground. In this report, we look at how Labour supporters leveraged the platform-specific features of different social media to widely promote their favored candidate or cause.

Despite all their glitzy features, social media are virtual spaces built from rather unglamorous lines of code. These codes construct a social media’s digital architecture: the functions that govern what we can – and cannot – see and do through a social network. Every social media platform needs a distinctive architecture that is constantly updated to keep users engaged and drive advertising revenue. Almost by definition, the ‘social’ aspect of social media requires that each platform offer some way for its users to share information. Sharing is not only a defining characteristic of social media; it is also becoming an increasingly strategic campaign tactic for both political parties and citizens.

Facebook, for example, has steadily decreased the direct visibility of posts from a public page (the type of account that political parties use) to encourage pages to pay-to-promote. With their so-called ‘organic’ reach limited by Facebook’s digital architecture, political parties can only reach a fraction of their followers on Facebook for free – less than 10%. However, by successfully encouraging supporters to use Facebook’s share feature, campaigns can increase their reach by channeling their message through citizens’ personal networks. Critically, citizen sharing enables a campaign to reach users who might not otherwise be exposed to its political messages.

In this election, Labour appears to be the party who most skillfully mobilized an active base of citizen sharers, helping extend the party’s reach across the Facebook and Twitter spheres. On Facebook, Labour garnered over 1 million shares during the entire campaign – three times as many as the Conservatives. Granted, Labour also posted over three times as often (547 compared to 161 posts). Although the Conservatives averaged more shares per post, the sheer amount of Labour’s shares – enabled by an active citizenry online – guaranteed the party a ‘strong and stable’ presence on Facebook and helped mitigate the risk of their message being washed out by the Facebook algorithm.

Political accounts tend to have relatively small followerships; many citizens try to avoid politics on social media. (Run a search for tweets using the terms ‘Social Media’ and ‘Politics’ on Twitter, and you’ll find the large majority of results bemoaning the encroachment of political discourse on social networks). One should be careful in looking only to parties’ Facebook pages to find citizen campaigning. The most shared political story about the election comes from an alternative media source – a blog called An Angry Voice. The post, “How many of Jeremy Corbyn’s policies do you actually disagree with?”, has been shared on Facebook over 100,000 times. This more than doubles Labour’s most shared post (48,730) and is slightly more than the Conservatives’ (92,773 – although it’s worth noting that this post, an attack ad against Jeremy Corbyn’s soft approach on terror, was a massive outlier).

Sharing is also a key function for Twitter’s architecture, which supports messages travelling outside of a user’s network through hashtags. Throughout the campaign, retweets outnumbered tweets, with original messages representing only about one-quarter of the total GE2017 discussion. For campaigns, sharing by citizens may be even more necessary on Twitter, given its low level of algorithmic filtering and the resulting short life-span of a tweet. Here, too, Labour was able to mobilize its supporters, who pushed @jeremycorbyn to become the most retweeted and most mentioned political account. Moreover, Labour hashtags (i.e. #VoteLabour) ranked as the third most used after informative and media labels such as #GE2017 and #BBCqt.

Twitter digital architectures also allow bots (algorithm-driven accounts) that can automatically share messages from given accounts or with certain hashtags. Even though it is uncertain who is exactly behind accounts such as @Corbynator2 or @JeremyCorbyn4PM, these are clearly supporting Labour and their tweets are being shared 10,000 times, so they contribute to the further spread of party communication.

Instagram and Snapchat lack the ‘share’ feature often seen as integral for mobilizing political activity and were not used widely during this campaign. Users can contribute their pictures from the campaign but cannot easily distribute external posts. The power of these platforms is, rather, that their digital architectures are built around close ties; thus, uploaded content may be more persuasive peer-to-peer. Snapchat was barely used politically in GE2017, and there is no data on politicians’ followers there. On Instagram, the best measurement of reach available is the number of followers, and Labour has one over the Conservatives: 33,200 followers vs 6,555 (partly because Labour established an account in 2012, compared to 2017 for the Tories).

Future election campaigns will be the ground to test whether the ‘share’ feature helps explain the dominance of Facebook and Twitter in terms of political use, and will show whether Instagram and Snapchat will adapt their architectures (possibly by building in a more distributive functionality) in order to become more attractive for political campaigning.