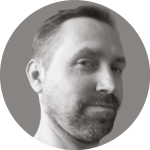 Head of the School of Arts at the University of Hull. He has worked as a print journalist and a BBC radio programme-maker, and taught at universities in Estonia, Japan, Cornwall, Chester and Luton. He is the author of Interactivity, Interactivity 2, Out of Time and Political Animals.

Theresa May’s first Facebook post on 18 May, three weeks before polling day, heralded her newly published manifesto: “We can build a stronger Britain.” Initial responses weren’t exclusively enthusiastic. The first ten included support for Labour, suggesting her policies were “stronger” for Tory bank accounts and spelt a return to “the dark ages”, a demand she apologize for the British Empire, posts calling her a “self-serving snake” and slamming her refusal to take part in a TV debate, and a link to a blog entitled ‘Theresa May isn’t strong, she’s cowardly, evasive and weak – and I’m a Tory!’ By contrast, the first ten responses to Jeremy Corbyn’s first Facebook post that day (in response to that manifesto) were broadly supportive, with just one ambivalent response – “until we see the detail we have no idea what the relative impact is.”

When on 15 May the Prime Minister appeared on Facebook Live only 14,000 users logged in. As the BBC noted the next day, the “female Conservative Prime Minister” celebrated by Tory Facebook groups tends to be Margaret Thatcher rather than Mrs May.

By polling day, Corbyn had 1.15 million Facebook likes and May 420,000. On Twitter Corbyn had topped 1.17 million followers, while May had reached 346K. Nine of the first 10 responses to May’s manifesto tweet lambasted her hostility towards the disabled, elderly, unemployed, sick, homeless, children and foxes. Only three of Corbyn’s first ten responses attacked his first tweet of the day. (He’d posted a shot of that day’s i newspaper front page – “millions of pensioners lose winter fuel funding” – prompting one respondent to call him a “lying Trot”).

As the BBC reported on 10 May, Corbyn “dwarfs his political rivals” on social media. His Twitter lead didn’t reflect his support nationally, but may have symptomized that desire for change (particularly among younger voters) which led to a hung parliament. Yet Corbyn’s campaign success might be ascribed less to social media than to his increasingly confident TV performances and what The Independent described as May’s “spectacular series of mistakes”.

To equate social media reach with electoral potential is clearly misleading. After all, as Anstead noted, in 2015 “Labour seemed to have a significant dominance in the online space.” 2015 had been hailed as Britain’s “first social media election”; but it remains unclear whether social media promote democratization or the disruption of democracy.

Donald Trump’s exploitation of social media (“without the tweets I wouldn’t be here”) underpinned a divisive campaign, while the Brexit vote exposed discord propagated by social media. Fenton has supposed that social media inspire “a form of radical politics that favours gut reaction and quick fixes over long-term struggle.” But might social media ever overturn established elites to deliver power to the people? Was that what happened with Brexit and Trump – or were those phenomena merely the triumph of (as George Monbiot suggests) “dark money” and (as David Remnick and Jason Wilson have argued) strategies of “constant lies”, “clickbait scoops” and fake news?

Britain’s political establishment have voiced concerns about a post-truth culture of fake news: what the Defence Secretary called a strategy of “weaponising misinformation” and the Chair of Parliament’s Culture, Media & Sport Committee dubbed a “threat to democracy.” The vogue for fake news and alt-right alt-reporting erupted in 2016 to fill a vacuum created by American mainstream media’s refusal to address the Trump campaign with much more than contempt. But in Britain there’s been no such void for the crazed rants of fake news to fill. Instead our spread of extreme news narratives ranges from the reactionary Mail lamenting ‘Corbyn’s plan to bankrupt the UK’ (17 May) to the Momentum-sustaining Canary declaring that the Tory manifesto ‘officially told the UN to go fuck itself’ (18 May). It seems telling that when the Sunday Sport’s parody of the Daily Mail’s campaign coverage went viral on social media – ‘Teenage Corbyn squashed my sister’s baby rabbit with his pogo stick’ (14 May) – many readers mistook it for the genuine article.

Milan Kundera once warned against the laughter of a fanaticism “ready to hang” dissenters and a cynicism which “proclaims that everything has become meaningless.” The polarizing properties of social media tend to foster such extremes. Far from fostering conversations to synthesize shared societal aspirations, their destabilizing effects undermine those dialogical sense-making strategies which sustain possibilities of political consensus – as social media starkly fail to fulfil their social potential.

These platforms aren’t tools of political control so much as randomizing phenomena which open limitless opportunities for faux pas, spin political processes beyond party control, and – rather than toppling elites – merely add unprecedented degrees of unpredictability (or irrationality) to peacetime democratic processes. They may as such have longer-term impacts upon political realignments… but only time (and tweets) will tell. The best lesson social media have taught us is to expect the unexpected.