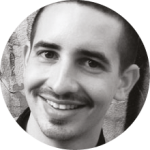 Research Associate at the Digital Media Research Centre (DMRC) of Queensland University of Technology (QUT) in Brisbane, Australia, working on the ARC-funded research project “Journalism beyond the crisis”.

On April 18th, a resolute Theresa May held a press conference outside Downing Street, calling for a general election to be held on the 8th of June. Outlining the reasons of her decision, she explained that “at this moment of enormous national significance, there should be unity here in Westminster. But instead, there is division: the country is coming together, but Westminster is not”. After the election result, however, the country emerges more divided than ever. Clearly, this was an election full of surprises and plot twists. How did it come to that?

First, although exact numbers of voter turnout were still unclear at the time of writing, it is likely that young voters under the age of 30 significantly shaped the election outcome. In its run-up, 1.5 million young people registered to vote, giving the Labour party with its popular policies, such as the scrapping of tuition fees, an electoral boost. Second, the respective launches of the Labour and Conservative manifestos worked against the latter. While a clearly rattled Theresa May struggled to contain herself during a press conference half way through the campaign in which she claimed that ‘nothing has changed’ – despite having u-turned on social care just hours before – the launch of the Labour party’s manifesto received unexpectedly favourable news coverage. Third, the election was overshadowed by two appalling terror attacks that laid bare the cuts to police officers Theresa May and the Conservatives had presided over for several years. Last, but certainly not least, Theresa May’s unwillingness to face her opponent in a TV debate, and her staged and somewhat awkward appearance on the BBC’s The One Show did little to portray her as a likeable political figure. To the contrary, according to research by Loughborough University, on the back of his well-received Labour manifesto, Jeremy Corbyn gained momentum in the third and fourth week of the campaign and became the most frequently reported political figure in the news.

A further important aspect of this general election was the rise of new, alternative media online. This election is a prime example of how online, alternative outlets are now extending their reach to the levels expected of mainstream media in the past. Unlike their counterparts in the press, these new online media came out in enthusiastic support of Corbyn. One example of this trend is Another Angry Voice, a blog started in 2010 by English tutor Thomas Clark. In the run-up to the election, his post, ‘How many of Jeremy Corbyn’s policies do you actually disagree with?’, became one of his most popular ones. As of June 8, his article garnered 4,300 reactions on Facebook and was shared 12,560 times. Analysis by digital market intelligence service SimilarWeb shows a huge increase in traffic to Clark’s site between April, when the blog attracted around 50,000 total visits, and May, when total page visits surged to 370,000.

Similarly, analysis by the Buzzfeed News Social Barometer showed that three weeks before the election, an article by The Canary with the headline ‘A bystander took a behind the scenes photo of Theresa May that reduces her campaign to a sham’ had been shared 42,400 times on social media. The article shows Theresa May during one of her campaign rallies, supposedly surrounded by large crowds of people. However, the picture by the ‘bystander’, who had taken it from further afield, showed a much smaller crowd than the official pictures suggested. Other left-leaning sites such as Evolve Politics and Skwawbox, provided an antidote to the UK’s often Eurosceptic, pro-Tory mainstream media.

Indeed, when looking at the UK general election through the prism of the mainstream media, one could almost get the sense that they reported on a different event altogether. Loughborough University found The Sun and the Daily Express attacking Jeremy Corbyn and the Labour party in predictably harsh terms reminiscent of the red tops’ denunciation of the ‘loony left’ in the 1980s. The Daily Mail was also hostile to Labour, and broadly positive towards Theresa May and the Conservatives, an editorial stance echoed by The Times. This pattern of pro-Tory coverage shifted as the campaign period ended, with Jeremy Corbyn gaining momentum in some parts of the media. However, the coverage of his party overall remained negative. On election day, the Daily Express called on its readers to ‘vote for May today’ and The Sun called on the electorate not to ‘chuck Britain in the Cor-bin’. By contrast, the alternative media mentioned above seemed to report on an election happening in a parallel universe.

As we know, the pro-Corbyn media were vindicated. And as if this election wasn’t already surprising and unpredictable enough, the day after the result, even the usually Tory-backing press had their knives out against May. The Daily Mail’s front page read ‘Tories turn on Theresa’, and The Times noted that May ‘stares into the abyss’.

Here at the Digital Media Research Centre at QUT, we are working on a project funded by the Australian Research Council (ARC) called ‘Journalism beyond the crisis’. I have just completed my first round of interviews in Sydney, and across the board, journalists agreed that legacy news media no longer hold the sole authority of being the ‘storytellers of our time’. In an election riddled by surprises and plot twists, the power of alternative media in this election lends strong support to that view.