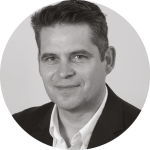 Senior Lecturer in politics at the School of Government and Public Policy, University of Strathclyde.

The days when we all interacted with identical information from limited media outlets has largely gone thanks to the growth of media and in particular social media channels. However, a more Orwellian interpretation is that social media algorithms actually restrict choice as our preferences become increasing determined by previous behaviour patterns. This is the difficulty facing political parties and candidates. Even if you can buy access to individuals and target messages (for example, free university fees targeting younger voters), you may be preaching to the converted and if not it is impossible to determine who paid attention, if they were impacted and for how long. There is also the question of regulation. Current laws are pretty laissez faire and parties are reluctant to reveal their online tactics leading to accusations of the proliferation of ‘dark ads’: targeted by constituency and consumer and online activity using algorithms.

However, what became clear in 2017, is that even with the resources to run more targeted ads, what is hard to predict is reach and impact via retweets or shares. When the polls were at their closest in the last week of the campaign, for example, the Conservatives tweeted nearly twice as much as Labour (382 to 220 tweets/retweets from June 5-8). However, tweet traction (likes and retweets) was considerably higher for Labour . They capitalised on their leader, Jeremy Corbyn, whose tweets regularly surpassed Theresa May’s in terms of likes and retweets. Corbyn also caught the public mood with the inspirational populist manifesto catch-phrase ‘for the many, not the few’ and both he and the party pushed policy sweeteners on education, health and pensions to reflect their slogan. Labour’s positive messages promoted incentives from their manifesto that could prove attractive for anyone earning under 80k. The Conservative’s policy of austerity meant that they had little to sell, and lots to take from their core voters (for example, ending the triple-lock on pensions, ending universal winter fuel payments, and an ‘elderly/dementia housing tax’ to pay for personal care). Consequently, the Conservatives focused on negative posts about Jeremy Corbyn and Diane Abbott (typically either gaffes on live media, or controversial policy positions such as Corbyn’s on shoot-to-kill given the context of the terrorist attacks that happened during the election campaign). While these were the most popular Conservative posts, they gained nowhere near the reach (likes, shares, retweets…) of Labour’s mix of promises and celebrity endorsements.

Indeed, Corbyn and Labour connected to celebrity endorsements and core music events (for example, #OneLoveManchester) where the views, likes and shares were earned from the resulting high profile UK-wide audience reach far eclipsing anything the Conservatives could manage via more mundane visits (for example, May visiting Atherley Bowling Club) and businesses (for example, May meeting traders at Smithfield Market). In short, while the Conservatives tweeted more in the last week of the campaign, it enjoyed far less reach than Labour via likes and retweets. The tweets of the leaders are also revealing. In the final 4 days Corbyn tweeted 93 times compared to May’s 14. Across the campaign Corbyn posted over 8k tweets, May less than 300. Not only was Corbyn more active than May, but brand Corbyn became a campaign asset that countered his highly negative image portrayay in many tabloids. A rupturing dissonance occurred as Corbyn went from a low-base to being humanised and seen as a potential leader through TV debates and social media in contrast to the typical negative media portrayal. The exact opposite happened to May. Reluctance to debate on TV or social media (awkwardness and wooden performances) meant May went from a high-base to low irrespective of the anti-Corbyn line disseminated by the Tory press.

At the end of the campaign Corbyn had over a million likes on Facebook compared to just over 400k for May. Corbyn also had almost 1.2 million followers on Twitter, May had under 350k. In the final week of the campaign, Labour also posted three to five times more per day on Facebook than the Conservatives. This matters, because Facebook not only has a larger audience than Twitter, but online users engage with it more frequently and for longer periods per visit. Volume, and more positive content, arguably worked. A June 6th Corbyn event in Birmingham featuring Clean Bandit and Steve Coogan attracted 91k likes, 45k shares and 2.3m views. This contrasts with a negative ivideo of Diane Abbot messing up an interview posted by the Conservatives on the same day registering 12k likes, 10k shares and 1m views. Even when it came to selling Labour Party policy, Labour’s ‘10 Reasons to Vote Labour’ post was viewed over 4m times by June 6th. Online, the public seemed more interested in an upbeat party with things to offer than a party with less to offer and more negative ads.

Did the better online performance help Corbyn – Yes. The 18-30 demographic are most active online in terms of numbers and activities, and they actually turned out to vote in unprecedented numbers. Consequently, social media was more important in this election than any other. Young people used it more, used it more to spread the positive Corbyn narrative and also crucially turned out to vote. Had it not been for the multiplicity of anti-Tory parties and the first-past-the-post electoral system, social media might have helped tipped the balance for Labour.