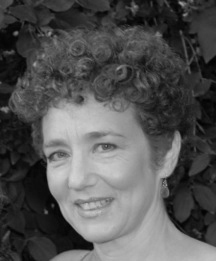 Professor of Journalism at City University, London and a former BBC Current Affairs Journalist who worked on several election programmes.

Watching the results in 2015 felt like 1992 all over again. A consistent pattern of polling throughout the campaign was completely overturned at 10pm on election night, when the exit poll results were revealed. Far from the tight and equal contest that had been predicted for weeks, the projection was suddenly one of Tory triumph, which of course the unfolding results later confirmed. Peter Kellner, the President of YouGov and responsible for many of those ‘dead heat’ predictions, spent much of the night eating his words. How could this error have happened?

In 2015 Shy Tories have again become a major polling distortion and overturned expectations.

After 1992 there was much talk about ‘shy Tories’ – voters who supported Conservative candidates in the privacy of the polling both, but who were coy about admitting they were going to support what is often seen as the ‘nasty party’. This tallies with another familiar concept in social science – the ‘spiral of silence theory’ – where certain groups will not voice openly opinions that they fear might be seen as unpopular. The argument went that expressing preference for a party associated with selfish individualism, as opposed to one that supported increasing taxes for the wider public good, might be perceived as embarrassing for some voters. So when asked about voting intentions those people instead told pollsters that they were ‘don’t knows’ – even though they were highly likely to vote Tory when the moment came. A very similar thing happened in 1970, long before the days of sophisticated exit polling. Throughout the campaign the pollsters were uniformly predicting a Labour victory, but the reality on the morning after was Conservative Party leader, Edward Heath, in Downing Street.

In the years that followed 1992 the pollsters discussed the ‘shy Tory’ problem and claimed that they were able to correct for it in their modeling and analysis. There was still a general tendency to under estimate Conservative support (as in 2010) but this remained within the margins of error. Now in 2015 Shy Tories have again become a major distortion and overturned expectations. Interestingly this is a phenomenon observed internationally where support for Conservative and right wing parties is underestimated in polling. In the recent Israeli elections the pollsters repeatedly predicted a dead heat between the two largest parties, Labour and Likud, just like they did in the UK. But on election night Binyamin Netanyahu received a decisive lead of 6 seats over his Labour rivals. In the post-match analysis the pollsters pointed to the problem of voters who refuse to answer, frequently because they are ashamed to admit who they are voting for, another version of ‘shy Tories.’ Crucially, the usual rule in polling and surveys, that people who don’t answer behave the same as people who do answer, does not apply in politics. ‘Don’t know’ may be a cover for something else. This makes political polling much more tricky and is a reason why some polling companies stay away from politics entirely and stick with commercial customers. It is much easier to ask questions about kinds of soap powder.

One further lesson that pollsters need to digest from 2015 is the disparity between online and telephone polling. The vast majority of the (inaccurate) polls were done online, consistently predicting a dead heat for the main parties. There were far fewer telephone polls, but they in the end were much closer to the correct result. In the final weeks face-to-face and telephone polls were predicting a steady 3% lead for the Conservatives. Online polling is obviously much cheaper and easier but on this occasion it has failed to capture an accurate picture.