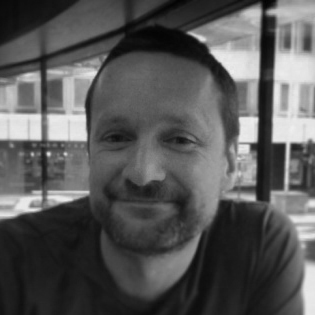 Senior Lecturer in the School of Humanities at the University of Strathclyde.

While one of the great mythologies of recent Scottish political identity has been its ideological difference from the rest of the UK, few elections can have been so sharply divided along national lines as this one. Much of this stemmed from the claims and accusations around nationalism – Scottish and English, civic and otherwise – that permeated the various party campaigns. Such discourses gathered impetus from misplaced predictions of a minority administration, with the attending threat of a resurgent Scottish National Party holding the balance of power over Labour, or a minority Conservative administration at the mercy of UKIP. A longer analysis would attend to the role of Plaid Cymru in Wales, but within the space and scope of this short piece, I offer the suggestion that 2015 gave us two discrete campaigns, one centred in England and another in Scotland, and these were joined in their fixation with the Scottish National Party. So how did the prominence of the SNP impact upon the campaign, and are there lessons we can draw?

2015 gave us two discrete campaigns, one centred in England and another in Scotland, and these were joined in their fixation with the Scottish National Party

Several pieces of interim research are significant in understanding the place of the SNP in this election. One major election study, being undertaken by Loughborough University Communication Research Centre, reports that coverage of the SNP in UK-wide media was significant in volume and generally negative in tone. Much of this UK-wide coverage confirms recent expectations on the personalisation of politics, and points to the agenda-setting capacity of the televised leaders’ debates: attention has centred on leader and Scottish First Minister Nicola Sturgeon, who polls suggested performed strongly in the televised debates, even drawing clichéd comparisons with Margaret Thatcher. While she was high in public esteem, the representation of Sturgeon as a powerful leader was interpreted less approvingly across much of the UK newspaper coverage, producing contrasts such as that between UK Sunnewspaper’s mock-up of a tartan-clad Sturgeon on a wrecking ball, against the Scottish edition’s later portrayal of Sturgeon as Star Wars heroine Princess Leia.

Another timely piece of marketing research looked at levels of political engagement within Scotland. This study, from the Keller Fay Group, found that the SNP inspired significantly more public conversation than other parties. Even removing the SNP and their Sturgeon factor, this research found that those in Scotland were more likely to be discussing politics than elsewhere in the UK. This was borne out by the voter turnout rates at the election itself: just over 71% in Scotland, compared with under 66% in England and Wales. Other findings, written up by Green and Prosser of the British Election Study, further propose that this engagement was shaped by the Scottish independence question, contributing to arguments that issue-based politics may bring their own forms of alignment, and that these may be every bit as entrenched as the tribal party politics to precede them.

In sum, this one-time focus on Scotland across the UK can be explained by the erroneous anticipation of a hung parliament, coupled with the novelty of Sturgeon. But in just what ways do the intensive levels of participation in Scotland result from last year’s independence referendum?

There is, of course, a residual and substantial commitment to Scottish independence: the “emphatic rejection” of unionist political rhetoric amounted to 45% support. But more than this, across social media, and to a lesser extent in party campaign communication, the incongruous 2014 party alliances of “Better Together” versus “Yes Scotland” continue to colour individual and party profiles. The chief victims of this have been Scottish Labour, who, amongst their target electorate, suffered gravely from their association with the Conservatives. The political discourse of Scotland has a tradition of such malign associations – the SNP as “Tartan Tories” and Labour as the “Red Tories” – and while a genuine Labour/Conservative pact was an unusual alliance, the mutations of political pragmatism cast up by referenda may yet emerge in different forms over the parliament to come.

As well as tracking the impact of issue politics on party perception, research into this and future elections might look more at the division of the election at the sub-state level. One compelling distinction has been the divergent formations of nationalism, articulated with the political right in England and the political left in Scotland and Wales, making vivid the contrasting conditions within which strands of discussion may be interpreted and translated into political affiliation. To account for localised formations more fully, future accounts should certainly extend research across and within the nations of the UK to include a more sophisticated account of regionality: continuing the process of devolution within political communication itself.