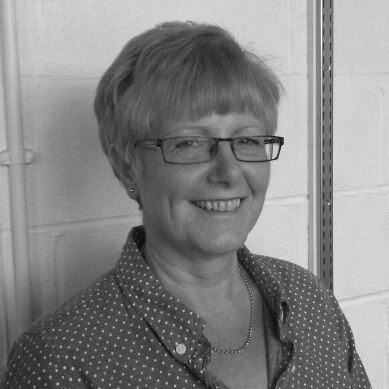 Teaching Assistant in Communications, Media and Culture at the School of the Arts and Humanities, University of Stirling.

7th May 2015 was the second time in just over seven months that the people of Scotland visited the polling booths. The General Election rapidly followed the Scottish Referendum on Independence, which was held in September 2014 and in which the majority of voters rejected the notion that Scotland should be an independent country. GE2015 saw a huge swing to the SNP, leaving the three unionist parties, The Conservative, Labour and Liberal Democrat parties, with only one Scottish seat each.

The General Election Campaign was as robust and rigorously discussed on social media platforms such as Facebook and Twitter – indeed it was the most discussed topic on these platforms in the approach to 7th May – as Scottish Independence had been a few months previously. Social media have much to offer politicians as they enable the political parties to control their representation and campaign messages in a way that is not possible on offline platforms such as television and newspapers. They also have much to offer voters, particularly a means of connecting not only to the parties, but also fellow voters – and not only those who share support for the relevant party.

Both the Scottish Referendum and 2015 General Election campaigns saw politicians and political parties make great use of page and account visitors by inviting them share posts and to adopt party and campaign logos as their personal profile image thus encouraging them to become online canvassers. The adoption of political logos and sharing of campaign posts ensured that these political messages reached wider audiences through Twitter and Facebook user’s networks of friends and followers, including those who were not perhaps politically engaged. As Castells (2007) notes, information no longer flows only vertically, but also horizontally on new media platforms.

As such, social media can be a double-edged sword for political campaign. For parties, activists and engaged citizens can do much of the ‘work’ of persuasive communication on their behalf. But a campaign also can lose control of the message when in the hands of the public. My on-going analysis of the Facebook and Twitter accounts of the political parties in General Election 2015 found that they were not only home to messages of support, but also of trolling, condemnation and abuse from supporters from the various other political parties contesting the General Election. On the SNP page, much of this abuse was based on the election campaign messages from opposing parties. For example, some claimed that Scotland is financially dependent on the rest of the United Kingdom and therefore ‘ungrateful’ to their union masters. Others pleaded solidarity: that as a progressive party the SNP would split the Labour vote in Scotland, and that votes for the SNP would result in a Conservative government. These comments were representations of the focus on the SNP by the three main opposition parties, whose campaigns were heavily critical of the nationalists. While this could be expected, the unionist parties’ and supporters’ campaign messages bore a close resemblance to the Better Together Campaign in the approach to the Referendum vote. Whilst these messages did enough to keep the union together in the 2014 Referendum, they utterly failed in 2015.

Party Facebook pages thus allow for more unfettered access and interaction between rival political activists. Here, we see some perhaps predictable trends. Alongside the parroting of key campaign messages, we also see citizens talking past each other (much like party leaders do). But party pages are intensely political spaces. Move beyond these and you begin to see less heat and more light. Studies of political behaviour on Facebook demonstrate that political discussion, engagement and action can emerge here, but often between the cracks of political spaces and everyday ones. The key for political campaigns is to master the latter.