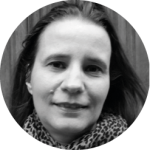 Professor of Contemporary British Politics and Society at the Sorbonne Nouvelle University in Paris, Director of the Master of French-English bilingual journalism.

“Will the British manage to surprise us again?”, quipped L’Express magazine a week before election day, once the campaign had turned out to be much more gripping than initially expected. Tracking French media coverage of the UK General Election campaign had been somewhat dispiriting at first due to the paucity and lack of substance of the coverage. Because of the Brexit negotiations, the stakes were high for France as well as the rest of the EU, and thus the French media were eager to frame the UK ballot as D-Day for Brexit. But as the topic of Brexit in fact ranked very low in the election campaign itself, this angle could not get much traction. As in the UK, the tipping point came with the publication of the YouGov/Times poll on 26 May which showed a significant narrowing of the gap between Labour and the Conservatives. Something unexpected was beginning to take place. The spectacular rise of Labour combined with the shock of the two terror attacks rekindled French media interest. Despite initial concerns that French media coverage consisted mainly of rehashed UK articles and news agencies’ dispatches, and that this failed to provide a specific French perspective, the analysis did eventually yield some interesting results.

If there was an initial lack of attention for the UK election campaign in the French media, with coverage almost nonexistent until two weeks before election day, this was largely a reflection of the fact that the UK General Election was sandwiched between the French presidential election (whose final ballot took place on 7 May) and the subsequent legislative election. In the national and international media, all eyes were set on the high drama of Emmanuel Macron’s contest against Marine Le Pen. The victory of ‘iconoclastic’ Macron and the collapse of the two main parties of the left and right made the UK contest between the two traditional mainstream parties look very dull in comparison, especially as a conservative victory seemed a foregone conclusion. The duel between Theresa May and Jeremy Corbyn, in many ways yesterday’s politicians, hardly came across as a clash of the titans. This seemed to confirm the perception in France that, with Brexit, the UK had started shrinking into itself and may soon become an irrelevance.

Therefore, as in the UK, the surprise results were framed by the French media with some irony in terms of a risky political gamble – the second in two years – which had tragically backfired: May had played and lost, her poker strike turning against herself. There were references to a similar failed political gamble by Jacques Chirac twenty years earlier. Describing a spectacular own goal, Le Point mused on “the art of shooting oneself in the foot”. French coverage of May’s humiliating defeat also carried some degree of schadenfreude as her aggressive stance in discussions with the EU and her attempts to instrumentalise Brexit for her own political gain had generated strong resentment. This accounts for the narrative of punished arrogance when May found herself caught in her own trap. France’s best-selling newspaper Ouest France even awarded May the “Palme d’Or for political suicide”.

Another dominant narrative was that of the victory of hope over fear, epitomised by the figure of the underdog (almost) beating the favourite on the finishing line. Corbyn, hopeless in the face of the Tory juggernaut and subjected to a constant stream of shocking attacks by the tabloid press, suddenly stands as a model for the French left, as once Blair did. The French papers were unanimous in hailing Labour’s defeat as a great success. “Jeremy Corbyn: singing in defeat”, headlined Libération. Even though French commentators and politicians are not sure what to make of Corbyn, whom they compare in turn to Benoît Hamon and Jean-Luc Mélanchon, since the fate of the Parti Socialiste seemed to parallel that of Labour, the latter’s unexpected reversal of fortune inspires hope in French left-wing parties. Hamon was quick to congratulate Corbyn in a tweet on 9 June and Alexis Corbière, Mélanchon’s spokesperson, claimed on FranceTVInfo that Corbyn’s success owed much to the France Insoumise model.

In sum, the unfolding of the UK election campaign confirmed the narrative of the unpredictable character of British politics, a perception which had been boosted by the shock of the Brexit vote. Thus Libération ran an article mocking the Conservatives’ penchant for risky gambles which have left its European partners stunned. In the context of the upcoming Brexit negotiations, the French media relayed the EU’s eagerness to get some clarity. While the Conservatives’ poor showing has generated hope that May’s hard Brexit option no longer is the only one on the table, French papers have been bemoaning the continued uncertainty about the negotiations, since the result has plunged Brexit “into a thick fog” in lieu of the clear horizon which the snap election was supposed to deliver. Meanwhile, the Brexit clock which was set in motion with the triggering of article 50 on March 29 continues to tick and the EU now faces the impossible task of negotiating with a Prime Minister sitting on an “ejector seat”.

The UK 2017 General Election thus provides another illustration of the ability of the UK to take its French neighbour by surprise, leaving it once again dazed and confused and wondering what will come next.