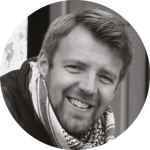 Senior Lecturer at the Faculty of Media and Communication, Bournemouth University, formerly Research Fellow at Charles University in Prague. He is the author of ‘Nation branding, public relations and soft power: corporatizing Poland’ published by Routledge (2016), and the co-editor of ‘Social media and politics in Central and Eastern Europe’ (2017).

Similarly, to the UK’s perceived ‘special relationship’ with the U.S., policy-makers in Poland warm to the idea of enjoying a ‘special relationship’ with the UK. This historically unique, yet not always politically cosy, relationship has oftentimes been a barometer of Anglo-European relations, in which Poland has vested interests in. The recent ‘Brexit election’ in the UK has a strong bearing on European affairs, since the political fallout resulting from the 2016 Brexit referendum is to be determined thereafter. In theory, the result of the June election will shape multilateral (pre-Brexit) and bilateral (post-Brexit) British-Polish relations. In practice, these relations depend on Theresa May’s ability to remain in power and, consequently, in her ability to implement a compelling Brexit negotiations strategy. Unfortunately, the result of the UK election is seen in Poland as weakening May’s position over the shape of a ‘Brexit deal’, and as putting a further shadow on the legitimacy of her approach to European affairs.

The announcement of the snap UK election was mirrored in Polish media with reports on two central issues: the rights of the Polish diaspora in the UK and trade relations between the UK and Poland. Despite the emerging voices from within the UK Conservative Party, including that of the Polish-born MP, Daniel Kawczynski, suggesting that when pressed on “free movement within the EU and the loss of sovereignty”, among European partners, “these fell, and continue to fall, on deaf ears”. Yet, following the Brexit referendum, the UK Government initiated the development of a ‘strategic bilateral relationship’ with Poland as a potential supporter of the British position during the Brexit negotiations. During the recent election campaign, relations between Poland and Britain were of limited importance to any political party, but the rights of the Polish diaspora in the UK have frequently been commented upon as the status of Europeans living in the UK is most certainly to become a political negotiating card in the forthcoming Brexit negotiations. This election also revealed that the ‘Polish vote’ in the UK is not yet strong enough to make a direct impact on political issues, but the recent political events have mobilized the UK Poles to engage in political debates about the direction their adapted homeland is heading to.

Apart from uncertainties surrounding the rights of Europeans in the UK, Poles including, Warsaw is concerned about the trade relations with the UK as its second biggest export market. Since the Brexit referendum, the Polish conservative government was gearing towards attracting jobs and financial capital from London to Warsaw. The competition over jobs, capital investment and talent became official government policy with a view to attract ‘middle and back offices rather than their corporate headquarters’ to Warsaw, where companies, after all, enjoy full Common Market access. In months to follow the UK election, UK markets will be observing growing inflation rates, but also the outflow of financial capital from the UK to Poland and other Common Market destinations. The type of the Brexit deal negotiated between May’s government and the EU will likely be detrimental to these transnational market movements. Polish businesses, however, remain optimistic about the UK markets; for example, the Polish Airlines LOT has recently increased capacity to fly to London.

The ‘Brexit election’ campaign itself also echoed widely in Poland, and news media reported on Theresa May proving to be a less charismatic and weaker campaigning leader, losing her authority, and openly speculating that she will not survive the Brexit negotiations as the Prime Minister. Contrary to that, commentators in Poland praised Jeremy Corbyn for his ability to connect with the UK voters and, in particular, for his skills to mobilise youth voters, traditionally labelled as a ‘disenchanted’ electorate. Gazeta Wyborcza, a leading Polish daily, kicked off its reaction to the UK election with a headline stating “Catastrophe for Theresa May: Tories lose their majority. Corbyn calls for her resignation”. This is one of many examples of media reporting on the UK elections in Poland through the prism of balances of power and issues surrounding negotiation with the EU. The political gamble taken by Theresa May by announcing snap election backfired, bringing however hope for more inclusive politics in the UK, and publically demonstrating a greater appetite for a ‘softer Brexit’. In his congratulatory letter to Theresa May, the Polish politician and the President of the European Council, Donald Tusk, paid less attention to personal curtsies, and more to the issues surrounding European affairs. For now, this letter captures nicely the mood of the Polish-British relations. This, I am sure Theresa May would agree, might change soon too.