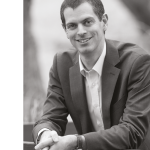 Reader at the University of Surrey and Research Investigator on the ESRC’s “UK in a Changing Europe” programme.

At the heart of Theresa May’s logic for calling the snap General Election was the argument that she needed a stronger mandate as she entered into negotiations with the European Union on the process of withdrawal. Having formally begun the process of Article 50 discussions at the end of March, May now needed to be able to demonstrate the commitment of the UK to pursuing this to its conclusion on the terms laid out by the Conservative Government in its White Paper, so that she could get the ‘best deal’ for the country. Moreover, Brexit became one of the issues that May used to contrast herself with Jeremy Corbyn, who she tried to present as lacking in leadership or having a coherent policy on the matter.

Quite aside from the merits of this line of argument as a campaign strategy, the more pertinent point is one of whether it holds true for the Article 50 negotiations. The EU institutions and leaders of EU member states were pointedly quiet during the general election campaign, limiting any comment to their pursuit of agreement among themselves on negotiating documents on citizens’ rights and the financial settlement, and reminding the UK that the clock continues to count down to the March 2019 deadline. As in the EU referendum, there was a general understanding that there is nothing to be gained by trying to participate in the hermetically-sealed bubble of British politics.

Even if there were something that could be achieved, it would be dwarfed by the structural issue of how Article 50 works. It is a mechanism for the EU to manage the departure of a member state, rather than one for a departing member state to craft a new relationship: think of it as a schedule for the EU to work out what it will offer, rather than a menu from which the UK might pick and mix.

This is evident in a number of ways. During April 2017, the EU confirmed that it would approach Article 50 in a phased manner, working to resolve outstanding liabilities before discussing frameworks for a new package to be negotiated post-exit. Despite bluster from various parties, this means dealing with finances at the beginning, as well as forcing the UK to accept a role for the EU’s Court of Justice in overseeing the new package. In addition, the ever-increasing level of detailed positioning coming from the EU side contrasts with the vagueness of all the main parties’ manifestos on the subject.

In crude terms, the size of the new government’s mandate – and even the shape of its policy preferences – is going to have very little impact on the substantive negotiations that were due to begin on 19 June, beyond the basic choice between being members of the single market or not. This is not because the EU does not care about the UK, but because it also has to care about the interests of the remaining 27 members, each of which has its own political imperatives and mandate. As the election of Emmanuel Macron in France in May demonstrated, even a ‘big’ member state has little effect on how Brexit will run, let alone one that is heading for the door.

If the election is to have an impact then it will be in two areas. Firstly, the uncertainty over May’s position immediately after the vote has raised questions about whether 19 June will see talks occur, as both sides might feel more certainty on the composition and longevity of the British Government is needed. This means less time to reach an agreement within the two-year timeframe of Article 50, which in turn strengthens the EU’s hand, as the only party with a clear strategy.

Secondly, the British Government’s room for manoeuvre in detailed negotiations is likely to become constrained: the Tory leadership now has to balance hard and soft Brexiteers with the DUP, any one of which could deprive a government majority. Assuming this balances out, even if policy does not move, then UK negotiators are going to be less flexible, as they manage their domestic audience. This is going to make an already-difficult process even more so.