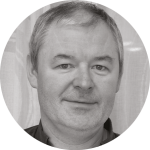 Professor of Political Science at the ARENA Centre for European Studies at the University of Oslo, Norway. His main interests are democracy and constitutionalism in the EU and Canada.

When discussing the 2017 UK election and its possible implications, it is useful to refer to Norway’s experiences and to draw some parallels between the UK and Norway. Norway has had two popular referenda on EU membership, one in 1972 and the other in 1994. Both produced small ‘no’ majorities. The interesting point about the 1994 referendum is that it was arranged after Norway had entered into the EEA agreement with the EU. Thus, in the 1994 referendum, the Norwegian population was not simply voting for or against EU membership, it was voting on the type of relationship that Norway should have with the EU. The underlying options were: free trade agreement (revert back to pre-EEA status); the EEA Agreement; and EU membership. All subsequent elections have produced parliaments with a significant majority of MPs that support EU membership. Voters who voted no to membership in the 1994 referendum have thus voted in favour of parties that have officially endorsed EU membership. They knew that their voter choice would not affect the EU membership issue.

There are clear parallels to the UK situation. In the referendum, the underlying options were at least three: some form of trade agreement with the EU; inclusion in the EU’s single market (similar to the EEA Agreement); and continued EU membership. It was quite clear what would happen if voters voted Remain, but not if they voted Leave. Voters were not given the option to decide whether they should authorize the government to go for a soft Brexit or for a hard Brexit. PM Theresa May entered the 2017 election with a resolve to opt for a hard Brexit. Additionally she made all kinds of assurances of continued EU access, but did not spell out how that would come about when the UK would no longer be part of the EU’s customs union or single market. In the election it became clear that voters supported parties that sought a more binding association with the EU. UK voters, as Norwegian voters, rejected EU membership, but wanted to retain a close relationship with the rest of Europe.

Another parallel between the UK and Norway pertains to the problem of finding a proper democratic procedure to settle the deeply divisive EU membership issue. PM May’s behavior during the election campaign is symptomatic of these problems: she stressed that the election should be about Brexit but did not engage with the key underlying question, namely: which UK in which Europe? This fundamental issue cannot be addressed without paying sufficient heed to historical bonds and obligations. That would bring out the affinities between people on the British Isles and those in the rest of Europe, and such a discussion would need to include their voices and views, as well. In many ways, the UK election gives credence to the strength of Laura Cram’s notion of ‘banal Europeanism’, or the sense of attachment that people develop through their daily engagements and interactions. Strong forces sought to replace this by a narrow, exclusive nationalism that sits uneasily with Britain’s history and global outlook.

In Norway, the equivalent question: ‘which Norway in which Europe’ has never been properly discussed. Formal status as EU non-member retains the impression of sovereign control. In reality there is a significant gap between the illusion of sovereign control and the reality of self-imposed hegemonic submission (including taxation without representation).

Many analysts believe that the UK election result will compel the government to opt for a ‘soft’ Brexit. There is renewed talk of the so-called Norway model. Note that each EFTA country can bar the UK from entering the EEA after Brexit. It is not likely but UK admission requires their active consent. Some in Norway think that a UK that seeks a binding EU relationship could spell the end of the EEA Agreement. Others are concerned that UK EEA membership will politicize and render Norway’s EU relationship more difficult to manage. Norway’s EU relationship is based on a complex domestic compromise between a popular majority that does not want EU membership and a business sector anxious to have secure access to the EU market. This situation of close association without formal membership survives through removing the deeply divisive EU membership issue from the political agenda and preventing it from interfering with the rapid and dynamic EU adaptation. UK EEA membership is likely to politicize and render the status of non-EU member more apparent; hence reduce certainty.

Norway’s experience brings up democratic procedural questions of relevance to the UK: How long does a popular referendum result ‘bind’ a government to a specific course of action? Can – and should – an election result override the popular referendum result? If so, under what circumstances? These are not only practical questions but require theoretical-normative reflection.