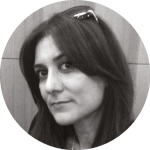 Professor of Open Government and of Media Sociology at LUISS University, Rome, Italy and invited professor of e-Government at SciencesPo, Paris, France. Coordinator of the Observatory “Open Democracy” 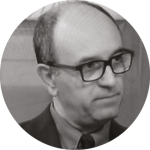 Michele Sorice is professor of Democratic Innovation and of Political Sociology at LUISS University, Rome, Italy and Honorary Professor at University of Stirling, Scotland, UK.

The Italian media have often been accused – both by scholars and politicians – to have a too narrow domestic perspective. Despite some exceptions, most of the Italian newspaper headlines still concern the domestic politics. Foreign politics news becomes central only when they concern ‘media events’: the results of the presidential elections in France, the election of the President of the United States, or the election outcomes in the UK. In the last years, however, another phenomenon has emerged: we refer to the assimilation and overlay process. Shortly, both the media and the politicians tend to create an overlapping between domestic political trends and the overseas politics. It happened during the recent French presidential elections (with the development of a storytelling about an ‘Italian macronism’) and it resumed during the short political campaign for the GE2017.

The view from Italy

During the GE2017 campaign we have observed three specific trends in the Italian scenario:

For the first time in many years, some Italian news media tried to explain how the UK electoral system works; the Agenzia Italia (one of the most important Italian news agency) also produced a short video for Twitter.

Many other newspapers produced briefs about UK electoral system, comparing it with the German one, which chimed with an ongoing debate in Italy around electoral reform. Here, the German method (to be precise, an Italian complicated version of that) got an agreement (broken after few days) among the four major parties while the Left parties proposed a proportional system or the re-instatement of the 1994 electoral law which is basically based upon the ‘first-past-the-post’ method. Evidently, Britain did not invent the concept of ‘coalition of chaos’!

The main topics of UK GE2017 (in the Italian scenario)

The UK General Election has been observed by Italy across three main topics: a) the question of Brexit and the consequences of the Tories’ (expected) victory for the relationship between UK and EU; b) the influence of terrorism over the election’s outcomes; c) the predicted defeat and disappearance of Labour. This third point has also produced a sub-point, concerning Labour’s campaign, based upon social issues and egalitarian perspective and the ‘emotional’ rhetoric used by Jeremy Corbyn. This issue was discussed by a small percentage of journalists and by social movements of the radical left before the election, becoming a trending topic for the Italian media system on 9 June.

The first topic concerned the ‘sure bet’ of Theresa May and the type of Brexit she would pursue. But the Conservatives have fallen short of an absolute majority of seats and this has produced astonished comments by journalists and politicians. The second topic represented a typical ‘soft’ argument, but most commentators interpreted it as another advantage for the Tories because of Theresa May’s shock allegations about a possible suspension of civil rights.

The third topic has produced a vibrant discussion in the Italian social media sphere, divided into supporters and opponents of Jeremy Corbyn. Also, the socially mediated politicians have shown the emergence of partisan politics, as highlighted by the networks of affiliation and/or partisan divides. This is the tweet of an Italian MP (Democratic Party) on 9 June 2017: “With a different candidate, perhaps the Labour, after the slip of May, could win. What a pity: losing good is nice, but not enough”

Similar statements have been used by many leading political figures of the same party, probably to recover their wrong predictions over Jeremy Corbyn. On the other hand, even Matteo Renzi, interviewed by The Guardian in 2015, defined the election of Corbyn as leader of the Labour as the evidence that the party “delight in losing”.

The debate about the real proportion of Labour’s success constituted one of the main topic of discussions among Italian journalists and politicians. Jeremy Corbyn has brought the Labour Party to 40% of the votes, the largest result since 2001, with a percentage increase that has only a precedent in the Attlee result in 1945. This matter of fact has been used by the Italian media and political sphere as a further pretext for debating Italian politics. Once again, assimilation, internal projection and re-framing as distinctive elements of the Italian debate on the 2017 UK General Election.