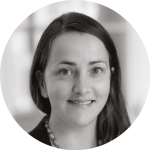 Lecturer in the Politics of Britain in Europe at King’s College London. Her research is comparative in nature and focuses on British, German and French politics. Isabelle’s monograph, Centre-left parties and the European Union: power, democracy and accountability is forthcoming with Manchester University Press.

The German print media covered the general elections of June 2017 very extensively. It is fair to say that German newspapers and magazines tend to be more outward looking than their British counterparts, and that British (and other elections across Europe) always receive a lot of attention. This time, a plethora of issues and events were picked up by the press and discussed along partisan lines. The key themes were: the future role of the state in Britain’s economy; Islamist terrorism and the different reactions to the recent attacks in Britain; and Brexit. Each theme will be briefly discussed in the following three paragraphs.

The future of the British market economy

Partisan affinities are clearly reflected in the coverage and the reporting. For instance, the left-wing newspaper Tageszeitung (TAZ) published a piece about Labour MP Kate Hoey’s campaign in Vauxhall, focusing on her Eurosceptic views. What comes through in this article is a sense of political disillusionment many working-class voters in Vauxhall express after years of austerity. The TAZ also notes that Prime Minister Theresa May has

“added some Labour policies to her programme. She wants to make the Tories more palatable to the traditional Labour voters, for whom party leader Jeremy Corbyn is too far on the Left: more state intervention instead of uncontrolled market economy, limiting manager salaries with the help of shareholders, more participation for workers, an upper limit for energy prices. At a first glance, this sounds good. But is there a reason why we should trust a Prime Minister who, over many months, asserted that there wouldn’t be early elections, only to hold them suddenly and out of base motives?”

A different perspective on Britain’s economy is taken by the conservative Frankfurter Allgemeine Zeitung (FAZ). Here, predictably, Labour leader Jeremy Corbyn’s manifesto is criticized for being too leftwing and regressive in its call for the re-nationlisation of some key industries, such as Royal Mail and the railways. Labour’s manifesto is described as a farewell note to the market economy. The FAZ’s focus however, lies on the terrorist attacks in Manchester and London, and how these have affected the election campaign.

The British response to Islamist terrorism

The FAZ praises Theresa May’s strong words and willingness to confront Islamist extremists. Her speech of 4 June, in which she introduced a four-point plan to combat extremism, and in which she proposes stricter laws and more online surveillance, is well received by the FAZ. By contrast, the centre-left Süddeutsche Zeitung is more sympathetic towards Jeremy Corbyn’s statement that “the war on terror has failed” and that Britain’s involvement in some of the wars in the Middle East, such as in Libya, might have contributed to the radicalisation of home-grown Islamist terrorists. In the article it is also argued that national security has become the dominant theme of the campaign. But although the Süddeutsche Zeitungremains critical of Theresa May, the newspaper was by no means convinced that Corbyn will win the elections:

“Is is, however, unlikely that the Tories will lose the election. For this to happen, Corbyn’s popularity isn’t big enough, and in addition [shadow Home Secretary] Diane Abbot speaks too much nonsense. It is rather possible that the victory will be far less clear than expected, and perhaps even so narrow that little will change in the current balance of power. In this case, one could ask themselves why citizens were asked to vote again.”

The absence of Brexit

The implications of the UK elections on Britain’s Brexit negotiations is of major interest to Germany. Different newspapers from across the political spectrum have highlighted that Brexit – the trigger of the snap election – was largely absent from the campaign. An article published by the liberal, centrist newspaper Tagesspiegel, entitled “Brexit-election campaign in Great Britain: beating around the bush” argues that despite Theresa May’s discourse of a ‘strong and stable’ Conservative Government, British voters are far from united in their views on Brexit and in their preferences for Britain’s future relationship with the EU. The article also highlights the Labour Party’s internal divisions over Brexit and Jeremy Corbyn’s ambivalence towards the EU.

The ‘Chaos-Queen’ from Downing Street

As expected, the election results have triggered speculation about Theresa May’s future as Prime Minister and the challenges she might face in building coalitions. The Süddeutsche Zeitung calls Theresa May ‘the chaos-queen from Downing Street’ who “has managed to further increase the uncertainty in her country”. The FAZ also highlights the pressure May will be facing from the left and the right when negotiating Brexit. It will be impossible to please everybody, the newspaper explains. Overall, the German press portrays May as a lonely and beleaguered leader who might not stay in power for much longer.