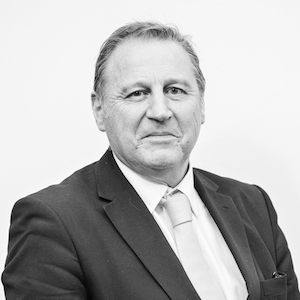 He is also the Co-editor of Journalism Education and Co-Convenor of the PSA Media and Politics Group.

Given the blanket media coverage of national politics before, during and after 2015’s unexpected parliamentary election result, the proverbial visitor from Mars could be forgiven for missing a perhaps equally important set of elections that took place. But before looking at the English local elections I have to commit the same sin as the national media and concentrate on the ‘big’ election. The result was just so surprising.

There will be an “independent inquiry” into how the pollsters got it all so wrong. We might hope that one consequence will be our media become less obsessed with the horse race and more concerned with examining the respective claims of the parties. But don’t hold your breath.

Who’d have thought it? When I saw my former academic colleague (and PhD supervisor) Colin Rallings open that exit poll envelope on ITV I simply refused to believe the contents. I was not alone; the massed ranks of politicians and political analysts on all channels scoffed in collective disbelief. And one branch of “political science” is going to have to take a hard look at its methods following the failure of the opinion polls in the six months before this election. Anything that weakens Peter Kellner & Co’s influence must be a good thing. For far too long, the polls have dominated popular coverage of electoral politics to the detriment of the things that really matter.

I was covering the election for the local BBC radio station and spent the weeks beforehand commenting in all the local and regional media. One requirement of this sort of coverage by academics is the fiction that one is ‘unbiased’, so a certain detachment needs to be cultivated. It isn’t hard for me, by the way. My wife was a candidate in these local elections, which seemed to concern the BBC more than it did me.Unlike (as far as I can tell) virtually all of my friends and colleagues in the political studies community, I have no allegiance to any party, although Conservative political scientists seem thin on the ground. It’s always fun to watch colleagues going puce at the mere mention of Michael Gove.
I duly delivered a relatively dispassionate analysis in the studio all night.

But attending the local count the next morning gave me a radically different perspective.

The voyeuristic nature of the process is similar, but the closeness to (especially) political failure really brings home the sickening thump which rejection by the electorate delivers to politicians. There’s a certain degree of sadistic pleasure in watching Ed Balls or Esther McVey lose their seat on the telly; this disappears when directly contemplating the distress of hard-working Labour and LibDem councillors losing their seat largely because of national factors. Tears were not uncommon, as was the realisation that their much-touted “personal vote” was a chimera.

In Stoke-on-Trent, where Labour votes are generally taken for granted, local Labour politicians were quite clear when talking to me. They laid the blame for their loss of control of Stoke’s unitary council firmly on two factors. Firstly, the electorate’s judgement of Ed Miliband as lacking leadership qualities and, secondly, the fear of a Westminster minority Labour government being ruled by the SNP’s anti-English hordes.

On the other hand, the Independent councillors who made gains were keen to stress local issues, and the unpopularity of Labour’s leader and his chief executive after a number of contentious and costly decisions were mostly cited. As ever, the truth is more complex than such snap judgements allow for.

Overall, the local election results broadly reflected the national mood, but there were differences across the country, which demonstrates that maybe our conventional view of national issues dominating local elections needs reappraisal.

Multi-party, fractionalized and regionalised politics has rendered Robert McKenzie’s simple swingometer redundant. And it may be that the electorate are becoming increasingly likely to split their vote when national and local elections are held on the same day. In the south-east and the midlands the Tories made gains but Labour won control of Cheshire West and took a clean sweep in Manchester. Of course, everyone gained from the LibDems.

Brighton most clearly suggested a more tactical electorate. The Greens held on to the parliamentary seat while losing their minority control of the council to Labour.

But to conclude with the opinion polls. There will be an “independent inquiry” into how they all got it so wrong. We might hope that one consequence will be our media become less obsessed with the horse race and more concerned with examining the respective claims of the parties. But don’t hold your breath.

Here’s my advice to the electorate – and look away now Kellner, Curtice, Rallings, Thrasher, et al. Let’s make a national sport out of lying to the pollsters about our views and voting intentions. With no idea who is ‘ahead’, we might not only have equally exciting election nights every time: we might also get parties not cravenly tailoring their wares to the supposed wishes of the undecided voter.