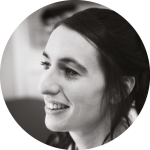 Brexit is the spectre at the feast. It was the making of Theresa May as Prime Minister in the first place; it was cited as the reason we had a snap general election; and it was the driving force behind May’s personalised campaign. It looms large as the biggest legal transition the country has faced in generations, and it could well be etched into the political epitaphs of the ‘victors’ now sat nervously at the cabinet table.

But it remained a shadowy presence in the campaigns. An inability, or unwillingness, to engage with the details of Brexit meant that politicians had very little to say of substance. May urged us to believe she will make a ‘success of Brexit’ while Corbyn has spoken enigmatically of a ‘jobs-first’ Brexit. The manifestos gave the matter very little attention. The Conservative manifesto made numerous Brexit mentions, but devoted only two pages (out of 83 pages of text) to actually discussing it. The Labour manifesto didn’t give it much more space – 4 out of 95 pages of text. Both were supremely vague on their objectives; the Conservatives wished to ‘pursue a deep an special partnership’ with the EU, while Labour wanted the ‘benefits of the Single Market and the Customs Union.’ Corbyn has repeatedly spoken ‘tariff-free access’ which does not really mean anything. The magnitude and complexity of Brexit – and its sheer unknowableness – makes it a difficult, if not impossible topic to debate without descending into empty rhetoric, and makes it a difficult sell in the great marketing project of an election. And so while the word ‘Brexit’ was swung around like an oratorical weapon, even the basic objectives of Brexit were not discussed, debated, or scrutinised. The White Papers on Leaving the EU, and on the Great Repeal Bill had provided very little concrete detail, beyond ominous suggestions that government would be awarded substantial delegated powers to ‘correct the statute book’. The papers were barely mentioned during the campaigns. In the ‘Leaders Special’ of Question Time, David Dimbleby asked May what a ‘bad deal’ would be; she responded that a bad deal would be one that ‘punished’ the UK, or was the ‘worst possible deal at the highest possible price’. She might as well have said that a nasty deal would be a bad deal. There was a desperate dearth of detail in the campaigns on the biggest, most complex political issue facing the UK.

On the rights of EU nationals in the UK, a pressing issue stemming from the leave vote, the Conservatives proposed to ‘secure’ their entitlements, and the Labour Party pledged to ‘immediately guarantee’ them. Again this tells us very little. This issue on its own is incredibly complicated; the EU Rights Project has shown that it is hard enough to discern, and then assert, EU nationals’ rights as it is in light of recent changes, let alone during and after Brexit. What measures would be taken to distinguish those who live in Britain from newcomers? What rights will be retained? What about the rights of children? What about when those children turn eighteen? What about EU nationals not yet born – will the right to reside be heritable for future generations? What of third country national spouses? How will other family members be defined? What about temporary returns to states of origin?

These questions demand a modicum of legal literacy, and there was little enough in evidence during the campaigns. However, in contrast to May’s emphatic presentation of herself as negotiator-in-chief, during the course of the campaign Corbyn moved from emphasising his role in ‘reaching out to colleagues across Europe’, to place greater emphasis upon the legal credentials of his Shadow Secretary of State for exiting the European Union, Keir Starmer. It is possible, that maybe, just maybe, after a period of disfavour, experts might be creeping back into fashion….

The election result achieved the seemingly impossible, in that it has complicated things further. The minority government cannot steam-roller Brexit plans through Parliament, and will have to work harder to get cross-party agreement. This may mean there will be more meaningful debate and scrutiny. But we do not have the luxury of time; the two-year Brexit clock is ticking. According to Article 50(3) the deadline could be extended, but that requires the unanimous agreement of the other 27 Member States, so we should probably start meta-negotiations for an extension now. And the DUP – armed with its own wish list – has been unpredictably catapulted into a potentially pivotal role, which begs serious questions about what might be bartered for Brexit.

As the deadline bears down on us we need to get beyond evasions and platitudes, and into the legal, economic, social, political and environmental specifics. And yes – like it or not, we are going to need experts.