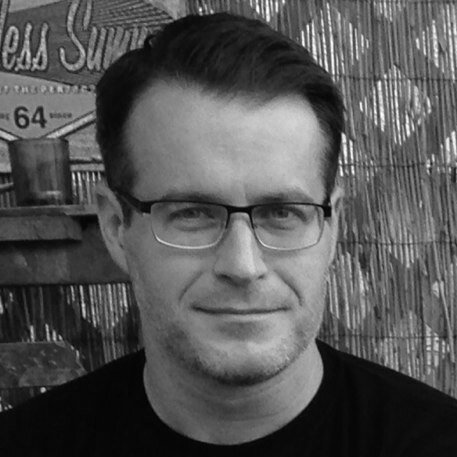 Lecturer in film and media studies at the University of Winchester.

His research concerns cultural politics, especially in the realms of sports and celebrity. He is the co-editor, with Shelley Cobb, of ‘First Comes Love: Power Couples, Celebrity Kinship and Cultural Politics’ (Bloomsbury, August 2015).

“I don’t break my word, so I shall be writing to the national executive in a few minutes saying that I am standing down as leader of UKIP,” said Nigel Farage, on learning of his failure to win election as MP for South Thanet. The announcement of his resignation didn’t come within ten minutes of losing, as he had promised during electioneering. But it was close enough. Even in failure, Farage was intent on cultivating his straight talking, man-of-the-people persona.

Having been used by the media as a means to sell papers and boost viewing figures, and having used this platform to say things “mainstream” politicians simply can’t – all in the name of “common sense” and “straight talking” – Farage had the rug pulled out from underneath him.

It turned out, however, that this was merely the build up to the big punch line: “I intend to take the summer off, enjoy myself, not do very much at all, and then there will be a leadership election for the next leader of UKIP in September and I will consider over the course of this summer whether to put my name forward and do the job again”. This piece of theatre was typical of Farage’s modus operandi: at once rhetorically positioning himself as distinct from the average, slippery career politician, while simultaneously acting like the average, slippery career politician.

This kind of tactic has been key in the rise of his celebrity status over the last few years. Farage has been almost unique in the contemporary political landscape in manipulating the media into sympathetic representation, and eliciting a range and depth of emotional responses from the public. Aside from Boris Johnson, who is similarly savvy to the affective power of eccentric performance, no other recent English politician – perhaps since Tony Blair in the mid to late 1990s – has been so successful in this regard.

While Johnson’s performance of buffoonery sets him apart from the Westminster automatons in managing to convince a significant number of people that he is funny and/or cute, it is largely in keeping with idiosyncratic habits of the landed classes who have a long history of power and leadership in Britain. By contrast, Farage’s performance of the Everyman has little tradition in this country, and is more in keeping with right-wing politicians from America, such as George W. Bush. As such, the excessive performativity of his pint-swilling, cigarette-smoking populism is interesting on a number of levels. While it is clearly historically and culturally specific, framed within the wider UKIP rhetoric of anti-EU English nationalism, its more fascinating aspect is its appeals to ‘authenticity’. In this sense, as everybody knows Farage’s background as a wealthy commodities broker, it is less to do with masking the ‘real’ Nigel Farage, who is clearly not your average punter, than a performance of class solidarity that allows him to voice the feelings and opinions of disenfranchised ‘real people’: some of which are controversial, and which other politicians are not permitted to articulate within the frame of acceptable political discourse.

As a self-styled anti-establishment figure working within the establishment, Farage has thus far proven highly adept at working the system. But, as time passes, the vulnerability of his, and his party’s, position is becoming more obvious. This is clear in three key ways.

First, Farage’s celebrity – and to a large extent, UKIP success – depends on the mainstream media’s complicity. And, as the election campaign showed, this is an unbalanced relationship. Having been used as a means to sell papers, boost viewing figures, and act as a mouthpiece for values shared by the Tory-supporting press, Farage had the rug pulled out from underneath him in early April 2015 when the notion took hold that UKIP votes may cost a Conservative victory at the General Election.

Secondly, as the election itself illustrated, the FPTP electoral system is stacked against UKIP (as it is the Greens). While UKIP harvested a single seat from nearly four million votes spread across the electorate, the SNP acquired 56 seats from less than half the number of UKIP ballots. The new government’s proposed boundary changes will surely only serve to entrench this situation.

Finally, although Farage had been adept at professionalizing a ragtag outfit comprising what David Cameron once famously called “a band of fruitcakes, loonies, and closet racists”, while managing to mobilize the support of a mass of the disenfranchised electorate – developments outlined expertly in Ford and Goodwin’s The Revolt of the Right (Routledge, 2014) – the announcement on 11 May that his resignation as leader had been rejected by UKIP members unleashed a torrent of discontent from factions within the party, much of which focused on Farage’s style of leadership and the cult of personality on which it is based. Therefore, while UKIP has for the moment ensconced itself as a “legitimate” political force in UK politics, with over 12% of the popular vote, depending on his fate we might get a better sense over the next few months to what extent the party’s success has been down to the charismatic celebrity Everyman, Nigel Farage.