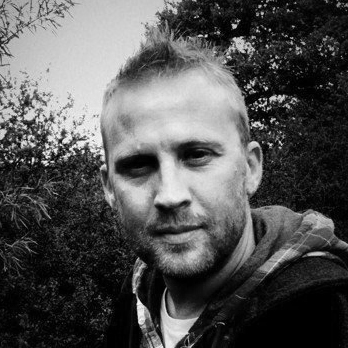 Post 2008, electoral politics and the 2015 election itself, was always bound to be dominated by debates about ‘the economy’. However, what we manifestly lacked was a debate about ‘the economy’ to be replaced instead by a discursively limited narrative about the fiscal deficit in which economics is assumed to be the equivalent of accountancy.

Since 2010, the national economy has been almost entirely narrated via the ‘we maxed out the credit card’ analogy. However, like all analogies, what they gain in (apparent) clarity and ease of explanation, they lose in precision or accuracy. What remains important in political communication though is their ‘use-value’. It is a use-value that has served the Conservative Party well.

The election campaign officially began on 30th March 2015, but the main parties had been establishing their electoral position way in advance of any official start. Boosted by the power of incumbency, Osborne – the most ‘political’ of chancellors – always had his eye on the prize of the next election and had, for five years, been carefully crafting the ‘clearing up the mess left by Labour” message. Beginning with the ‘Business Leaders’ letter to The Telegraph and culminating in the challenge of Ed Miliband on the final BBC Question Time debate the urgency of ‘cutting the deficit’ – blamed on ‘Labour overspending’ – dominated the 2015 election political economic discourse.

Why was this never challenged by a) the Labour opposition? b) the political media? The first question (a) might be partly explained by the post-2010 search for a new leader of the Labour party. The four-and-a-half-month gap between the installation of the coalition Government and the election of Ed Miliband left a vacuum at the heart of the official parliamentary opposition. Given the centrality of ‘the economy’ said vacuum was easily filled by the coalition Government with willing (or unwitting) support from political media. Save for one Ed Balls speech in August 2010, the Labour opposition were unwilling to challenge this narrative too fully. Having embraced the neoliberal economic project, Labour effectively ceded the political and economic narrative to neoliberalism’s ‘natural’ Conservative Party bedfellows. In so doing, the epistemology of ‘the economy’ and the discourse of ‘Labour overspending’ were established. The Labour Party thus locked themselves into fighting the 2015 election on economic territory established by their opposition.

The second question (b) though requires more critical interrogation. Why did this imprecise and inaccurate explanation, this narrow discourse of the ‘fiscal deficit’ gain momentum? How was it so easily established and seamlessly reproduced in the media narrative? How was it that ‘cutting the deficit’ became the only economic question; the only frame through which ‘the economy’ was ‘narrated’? Political editors, and economics correspondents may rightly claim that if the Labour opposition are not challenging the discourse, then why should they? It is, after all not the job of journalists to be the de-facto opposition. But this narrative and discourse, even if only by way of an adherence to economics expertise (they really ought to know better the workings of the national economy) and professional obligations (scrutinising the accuracy of public statements by elected officials) ought to have been challenged. That it was not, went some way to effectively sealing the election narrative, and, perhaps, the election itself.

“I was leaning towards Labour…but then when I heard Ed Miliband, in the Question Time debate, unwilling to admit that Labour overspent when in Government, I just knew then I couldn’t trust him on the economy. So I voted Conservative for economic security”

While the ‘fiscal deficit’ is fetishized, the real financial time-bombs, the national current account deficit; chronic productivity problems; and perhaps most alarming, the unprecedented, increasing levels of private household debt remain unexamined. What coverage appeared – in the financial pages – was dislocated from the election coverage. It was, to coin the phrase of my own academic specialism, beyond the discursive formation. But with private unsecured debt rising by £1.25b per month the prospects are alarming. Further, when one adds in the Government backed scheme to re-inflate the assert bubble – via the ‘Help-to-Buy’ scheme, and the – hardly radical – OBR predicting that household debt will rise to 182% of income by 2019 we have an eerily familiar scenario unfolding. The ‘message discipline’ imposed by Lynton Crosby meant that the Conservative Party were able to focus attention exclusively on the least pressing economic conditions and scenarios. Oriented around an economic message of ‘fiscal credibility and security’ The Conservatives returned to office. The possibilities of the next enormous, even fast-approaching economic crash remains unexamined. The neoliberal project accelerates. While the fiscal deficit might be cut, society must be sacrificed, the population must be financialised, so that capital may flourish. Our political media must take some share of the blame.