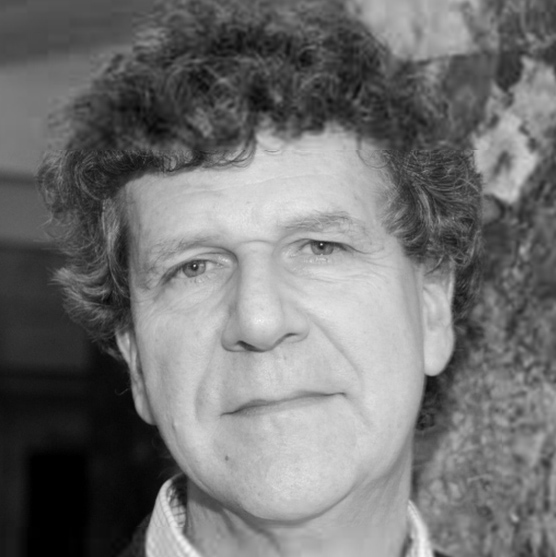 Professor of Communications at the University of Westminster, a broadcaster and writer.

He has acted several times as specialist adviser to the House of Lords Select Committee on Communications. He is on the editorial and management boards of British Journalism Review, was for many years an Observer columnist and is the author or co-author of a number of books.

Barack Obama’s hugely experienced aide David Axelrod – who advised Ed Miliband on his campaign – was unequivocal about the press hostility which he faced in the run-up to this election: “I’ve worked in aggressive media environments before but not this partisan.” He pointed in particular to the manner in which national newspapers served as ciphers for party propaganda. While Fox News in the US is notorious for its conservatism, “there isn’t a kind of lockstep between them and the Republicans”.

while broadcast media are bound by strict impartiality rules, the sheer weight and
ferocity of press comment places enormous pressure on them – and particularly the BBC – to follow the press agenda

It is indisputable that the right-wing press went to town during this election campaign, not only in launching a furious, brutal and very personal vendetta against Ed Miliband, but in relaying Conservative Party messages with an almost fanatical zeal. Raucous partisanship has always been an integral element of British newspaper campaigning at the red-top end, and the Daily Mirror was every bit as partisan as The Sun. But this time, it was more relentless and more one-sided. One study by the Media Standards Trust concluded that The Sun was more virulent even than in 1992, with 95% of leader columns anti-Labour (mostly vilifying Miliband personally) compared to 79% in 1992.

This virulence also infected the previously less tainted broadsheets. Apart from daily reminders in the Sun, Mail, Express and Star of the “chaos” that would ensue from a Miliband government propped up by a “far left” SNP – a message emanating directly from Tory HQ – The Telegraph regularly feature front pages (such as the letter from small business leaders) which were masterminded by Tory strategists. This was accompanied by an unprecedented letter from editor Chris Evans to all those registered on The Telegraph’s marketing database urging them to vote Conservative.

But did they really influence the electorate? The conventional wisdom is that newspapers have little or no influence, as evidenced by apparently flatlining polls throughout the campaign. We now know the polls were wrong, possible from the very beginning, which raises an interesting question: did they miss a slow but steady drift amongst unaligned or uncertain voters, partly dictated by the barrage of adverse headlines from the press?

We will never know because any kind of voter “effects” research is notoriously questionable. But to those who insist that rapidly declining newspaper circulations mean waning influence in a digital environment, we can point to at least four contrary factors. First, through their online sites, these news brands reach vastly more voters than their hard copy readership. According to 2015 data from the National Readership Survey, the Daily Mail’s monthly readership is well over 23 million, followed by the Daily Mirror on 17 million, The Telegraph and Guardian on 16 million and the Sun on nearly 14 million (relegated to fifth place because its online offering is behind a paywall). There is a major issue about whether an online “view” counts as readership, but these reach figures are astonishingly high.

Second, the reach of individual newspaper columnists who have a licence to be raucous and opinionated is magnified again through social media, especially through their huge Twitter followings, and reinforced by their appearances on broadcast panels, press review shows and political programmes. While the left have capable and passionate advocates, the right’s print columnists such as Littlejohn, Kavanagh, Staines, and MacKenzie are more numerous, more aggressive, and have access to more high-reach online platforms because of the preponderance of right wing publications.

Third, while broadcast media are bound by strict impartiality rules, the sheer weight and ferocity of press comment places enormous pressure on them – and particularly the BBC – to follow the press agenda. This was confirmed by Media Standards Trust online analysis during the campaign, and the broader principle was endorsed both by the BBC’s Robert Peston and Sky News’ John Ryley in speeches last year.

Fourth, while social media offers new approaches to distribution and communication, most analysts now accept that they operate more as an echo chamber for like-minded people. They still cannot compete with the sheer collective power of the traditional mass media’s one-to-many model. In the UK, this is exacerbated by the structural of our national media, in particular a national press which is almost unique in large democracies in terms of its reach, ubiquity and one-sidedness – even allowing for circulations halving in the last 20 years.

Despite all the predictions about the demise of the press and grand statements about a “truly social media election”, the UK national press therefore still dominates Britain’s national conversation and was instrumental in setting the campaign agenda. Its influence operates in inchoate and intangible ways which defies empirical measurement, but I have little doubt that it played a significant part in determining the electoral outcome.