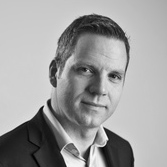 Professor of Media and Journalism, University of Huddersfield.

In the 2015 General Election fans of politics moved to the centre of campaign coverage through the emergence of ‘milifandom’ (see Wahl-Jorgensen’s article in The Conversation, 2015). Yet, those who interpreted the popularity of Ed Miliband among social media savvy teenagers as a premonition of electoral success were soon to be disappointed. And yet, I want to suggest that Fan Studies have a case for stepping on psephology’s toes in offering explanations of the 2015 General Election result.

In voting, as elsewhere in the consumption of popular culture, we are asked to make choices; choices which we make through a mixture of consideration and affect. Such affect, in turn, is rooted in the appropriation of texts and on fans’ ability to make a given text their own, to rework it into a space of immense textual significance, a transitional object, or a space of self-reflection. The more polysemic given texts, the greater the number of fans with varying appropriative needs – i.e. backgrounds, experiences and beliefs – it can attract.

In football the global appeal of super-clubs such as Manchester United or FC Barcelona lies in the fact that as textual formations they are polysemic to an extent that they become almost ‘neutrosemic’, freed of any meaning in and for itself (as I have written elsewhere). It is this absence of a denotative core in varying social and regional reception contexts that allow these clubs to become focal points of partisanship, as illustrated in fans’ talk about their clubs which promptly shifts to their own identity and values articulated through their reading of the club.

Much as sports, parliamentary democracy also calls for such singular, partisan identification; and as in sport such partisanship commonly draws on exiting lines of social distinction, with few (still) more prevalent than nationality. It was such partisan nationalism with its simplistic ‘us versus them’ dichotomy that allowed UKIP to attract 3.8 million voters. However, in mediated, indirect democracies – especially of the First Past the Post (FPTP) variety electoral success is dependent on constructing such partisanship through the greatest degree polysemy. UKIP’s failure to win more than one seats reflects the too clear connotative core of the party. It too clearly signifies certain ‘values’ to the electorate – values, the large majority of voters in the UK reject.

The successful fan texts – or, as political advertisers would have it, the successful ‘brand’ – is one that is as neutrosemic as possible and thus functions as a space for reflection for as many potential voters’ aspirations. It is thus that the strategy and success of the Conservative Party in this election is less surprising. The winner of the much anticipated television leaders’ debates was the man who wasn’t there – desperately seeking to stay above the fray in the first debate and not participating in the second. Indeed, David Cameron, to use Robert Musil’s highly fitting title, as ‘man without qualities’ succeed in the Merklian art of ‘asymetric demobilisation’ in England, while the spectre of nationalism was successfully employed by the Conservatives in shaping many English voters’ reading of a Labour party potentially working with the SNP as a party of ‘them’, not us. While Labour had itself irrevocably, and from its viewpoint catastrophically, positioned as part ‘them’ to many Scottish voters.

All such readings, of course, reflect the particular horizon of experience and expectations of individual voters and the way in which they construct texts / party brands of the vast textual fields of political coverage. Those who are fans of politics, who are most familiar with political discourse and whose affective attachments to given political parties are the deepest, will find the suggestion that, for example the Tories stand for little in and for themselves as absurd as committed football enthusiasts are aware of, for instance, the history of Barcelona FC as a bastion of Catalan culture and independence aspirations. But much as it isn’t fans, but the casual viewers, who decide the fate of television shows, those whose affective investments in politics is the most fleeting, are most likely to decide elections.

Whatever we make of the election results, fan studies thus remind us of two obvious, but rarely addressed issues of mediated, indirect democracy. Firstly, the blunt measure of a singular vote fails to capture the vastly different investments in the political process by different voters and, indeed, non-voters. Secondly, while the legitimacy of democratic, parliamentary representation is based on a sense of parties as intersubjectively recognised, connotatively unambiguous texts, it is the very opposite form of near neutrosemic textual formations that promise electoral success.