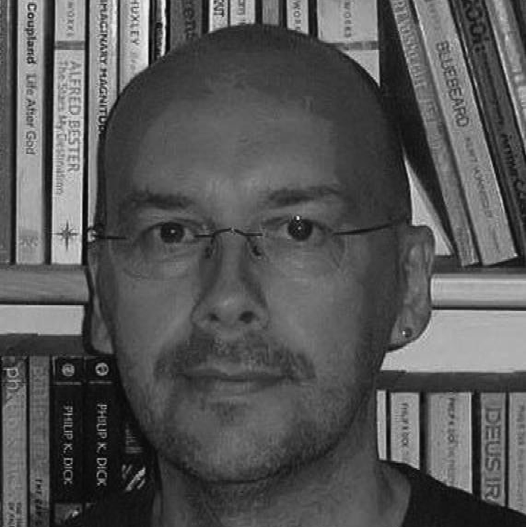 He is co-ordinator of Critical and Contextual Studies (Media) for undergraduate courses in Film and Broadcast Production and Animation.

While news coverage of General Elections can be argued to ‘crowd out’ other topics of public interest in the public sphere, some saw the election as an opportunity to attract publicity to a cause. The artist Bob and Roberta Smith stood in Michael Gove’s Surrey Heath constituency in protest at the coalition government’s changes to the education curriculum downgrading the importance of art. While the comedian Al Murray’s ‘Pub Landlord’ candidacy in South Thanet was presented, perhaps more ambiguously, as a satirical criticism of fellow candidate Nigel Farage (the initials of Murray’s ‘Free United Kingdom Party’ (FUKP) illustrating the blunt nature of any ironical intent). Murray’s manifesto pledged to brick up the channel tunnel using British bricks and Polish workers; Smith’s platform was built around placing art at the centre of the curriculum.

Towards the end of the campaign, and notwithstanding the final outcome, legitimacy – in the sense of the various potential parliamentary combinations of the main parties – became a key media topic. To what extent was the legitimacy of candidates such as Murray and Smith questioned?

these candidacies could be interpreted as a vindication of a liberal electoral system which allows anyone, however misguided or eccentric, to stand for office

Mainstream media coverage of Smith was limited, but some supportive niche media emphasised his artist-activist credentials. This is perhaps partly due to the ‘safe’ seat he was contesting, which was never likely to change hands; he could not be argued to be disrupting ‘legitimate’ electoral politics. The campaign was also constructed around a positive, niche single issue – the importance of art education both culturally and in economic terms – which could be treated by other candidates and the media as a legitimate (but marginal) topic. One profile piece compared the ‘serious point’ of Smith’s campaign compared with Murray’s, and Smith was acknowledged as a ‘vocal advocate’ for the arts, debating with Gove in constituency hustings.

On twitter, Smith’s supporters tweeted images of his artworks, in particular those linked to the ‘vote art’ campaign intended to encourage voter registration. By contrast, Murray attracted (and often engaged with) criticism primarily from UKIP supporters attacking his motives in standing (for publicity and personal or commercial gain).

The announcement of the Pub Landlord’s manifesto in January generated substantial media coverage, in part as an amusing alternative (a ‘brilliantly bonkers satire’) to the dry limitations of the main party campaigns, and further coverage was generated by stunts such as a failed attempt to parachute into the constituency.

There was also some criticism of Murray. While some saw him as part of an ‘honourable tradition of protest politics’, others considered the possibility, in a three way marginal constituency, of the FUKP and its logo acting as a ‘spoiler’ for those misreading the ballot paper while attempting to vote UKIP. The Press Association reported the comments of the outgoing Conservative MP that the constituency should not be ‘taken lightly’ and that Murray was ‘trivializing’ the contest.

Newspapers emphasised Murray’s privileged boarding school and Oxford background, in order to suggest a deceptive hypocrisy in the pub landlord’s man of the people character. He was accused of running ‘at the expense of people’s futures’, hijacking the democratic process for publicity purposes and ‘mixing up satire with the reality of a ballot’, while the Green candidate was quoted as fearing that such irony can inadvertently lend credibility to its intended target. Online critics suggesting he was trying to resurrect a failing career were pointed in the direction of the webpage offering tickets for his upcoming Royal Albert Hall appearance.

The performative aspects of both candidates’ campaigns could suggest they were involved in electoral guerrilla theatre, making parodic incursions into the liberal democratic electoral process. The interpretive agency of the audience for irony means however that it can be taken in multiple ways, and these candidacies could be interpreted as a vindication of a liberal electoral system which allows anyone, however misguided or eccentric, to stand for office. In any case, Smith’s Art Party campaign, in its emphasis on policy change and educational opportunity was perhaps more earnest than playful, more modern than postmodern.

Both campaigns could have been entirely presented as risible self-publicity, but neither was denigrated as such. Instead, while Murray was largely welcomed as an entertaining sideshow (with some concern around the impact on the South Thanet election in particular and political debate in more general terms), Smith was considered a worthy if marginal addition to the democratic process.

Both candidates lost their deposits – Smith winning 273 votes, (behind five main parties and the Christian Party), Murray gaining 318, (beating all the other single issue/protest candidates) – but the resulting publicity may well be seen by both candidates as a vindication of their respective electoral strategies.