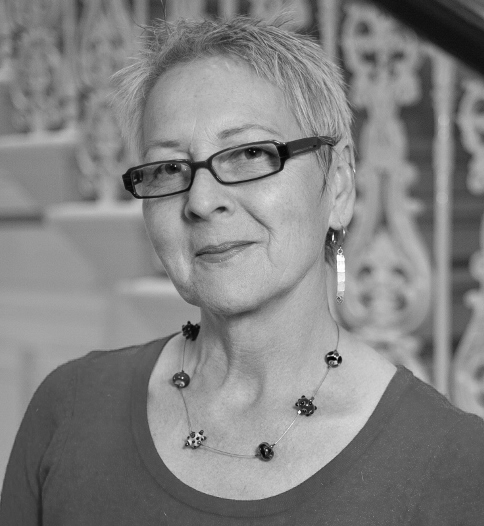 Professor of Media at Northumbria University and the foundational editor of Communication, Culture & Critique. She continues to serve on its editorial board as well as on the boards of a further five journals.

If a week is a long time in politics, five years is Mars One and back, passing go but without the T-shirt. I mention T-shirts because for a fantasy moment on the day after the first leaders’ debate when Nicola Sturgeon was regarded by a number of media commentators as being the unexpected victor, I imagined some wag would have parlayed the surprise hit of 2010 into ‘I agree with Nicola’ tees to celebrate her impressive performance. Despite Richard Littlejohn’s (Daily Mail) signature misogyny in his assessment of the women leaders in the first debate, the inescapable fact was that there were now seven leaders on the platform and three of the four newbies were on the distaff side. Given Natalie Bennett’s much-publicised ‘brain fade’ during that LBC interview in February, and the mostly unknown quantity that is Leanne Wood (Plaid Cymru), both managed to score some policy points – and, together with Sturgeon, demonstrated that given half a chance, the girls are as good (or otherwise) as the boys, and sometimes considerably better. Happily and a little surprisingly – challenging decades of research including my own – news coverage of the women leaders in that first debate was mostly gender-neutral. The disastrous twin peaks of women politicians’ media coverage have traditionally been either invisibility or trivialisation but their early public performance on the leaders’ stage meant that all three achieved name recognition from the get-go. Sturgeon in particular must have been very pleased to know that “Can I vote for the SNP?” was the sixth most common question on Google during the first leaders’ debate, according to Google’s own analytics.

The second week of the election campaign ran rather more to type with both Bennett and Wood being disappeared by the political newsboys and Sturgeon’s media glow heavily tarnished by a harsh assessment of her performance in the two Scottish Leaders’ debates. Week two also witnessed the odd spectacle of an LBC radio show marketed as the first ever ‘Women Leaders’ Debate’ but which, perversely, excluded the three women who actually do lead their parties. Instead, listeners were treated to the views of Harriet Harman (Lab), Nicky Morgan (Cons), Lynne Featherstone (LibDem) and Diane James (UKIP). In principle, it’s a brilliant strategy for the media to not always focus on the party leaders since the politics-as-beauty-contest mostly focuses on personality traits, leaving the electorate no better informed about actual policy positions – but surely none of these participants could really be described as political leaders? On the other hand, it was an interesting debate, made even more so by an element called ‘Ask Me Anything’ in which each participant had to answer one (obviously tricky) question put to her by each of her three challengers. It was an imaginative tactic and one which could have served the electorate well had Auntie Beeb had the courage to face-off the actual party leaders using the same strategy.

Fully into week three came the third leaders’ – or what was described as the ‘challengers’ -debate, providing an interesting platform party with the three women centre-stage, bookended by the two guys. Once again, a number of media commentators deemed Sturgeon the best performer although there were also plaudits for Wood’s bold dig at Farage and Bennett was crowned the sweetheart of Twitter, polling the highest proportion of positive tweets posted during the debate. Week four saw the media all over Sturgeon, again, but mostly not in a good way. So compelling have been her performances every time she gets to her feet, that the Tory press and the Tories themselves began to run very scared of Sturgeon, hoping to put the same Presbyterian fear of God into the electorate. One Tory poster showed her puppet-mastering Miliband; the Sun photoshopped her face onto the body of tartan bikini-wearing Miley Cyrus astride a wrecking ball; Boris Johnson described her as Lady Macbeth in a piece for the Telegraph; and Piers Morgan described her as the most dangerous wee [sic] woman in Britain in the Daily Mail. In response to the latter, Sturgeon said that was the nicest thing the Daily Mail had ever said about her. The final weeks of the campaign continued to be largely a woman-free zone apart from Sturgeon’s singular song although to be fair, hardly any politicians other than the Dav/Ed/Nige combo received much in the way of visibility, such was the Presidential tenor of media coverage.

And finally, the day of reckoning, a resounding SNP victory due in no small part to Sturgeon’s stellar performances, 29% of MPs returned to Westminster are now female, including the youngest MP since 1667, 20 year-old Mhairi Black, and women also took over as Party Leader for Labour (Harriet Harman Acting) and for a few fleeting days, Suzanne Evans (UKIP). We’re not there yet by any means but the direction of travel towards gender equality is onwards and onwards. Go, girls, go.