For most voters the campaign remains a media event and one primarily viewed through the traditional media. Despite the advent of social media and changing viewing habits, television news and the press remained a key outlet for mass appeals by parties and the main source of political information for voters. Given this it is important to critically assess the media’s performance, asking searching questions about its campaign coverage. So for example, how balanced was news coverage? Did television coverage favour the main parties? Given the size of the Tory press, how biased was newspaper coverage? What issues did the news media focus on? Were important substantive issues overlooked in favour of the campaign itself?

To address these questions Loughborough University Communication Research Centre conducted a content analysis of national campaign news from March 30 to May 6 (See our blog for more details about this project ). The rest of the article seeks to address the above questions.

Looking at the quotation time given to the rival political actors first, figure 1 shows the dominance of the two main parties and the three main party leaders on television news. Not only were the three main leaders quoted most often but so were other actors in their parties. This contrasts with the smaller parties where the party leaders were quoted less often and were almost the only actors that appeared for their parties (see Figures 1 and 2). 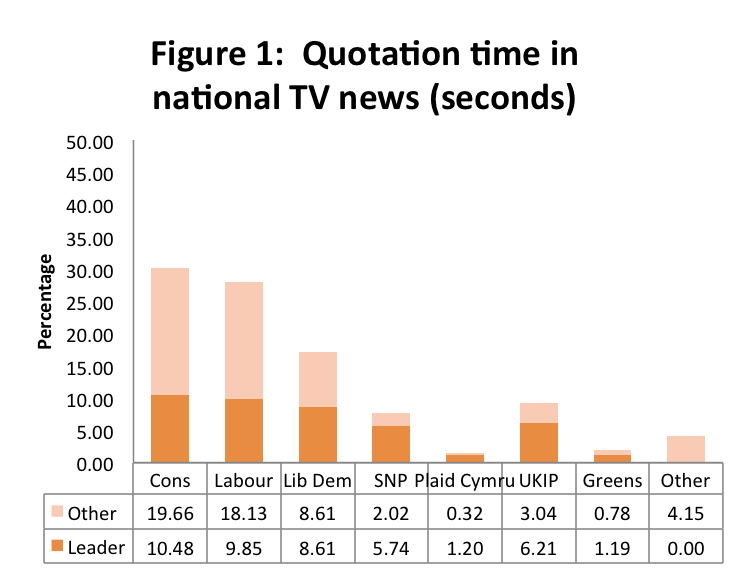 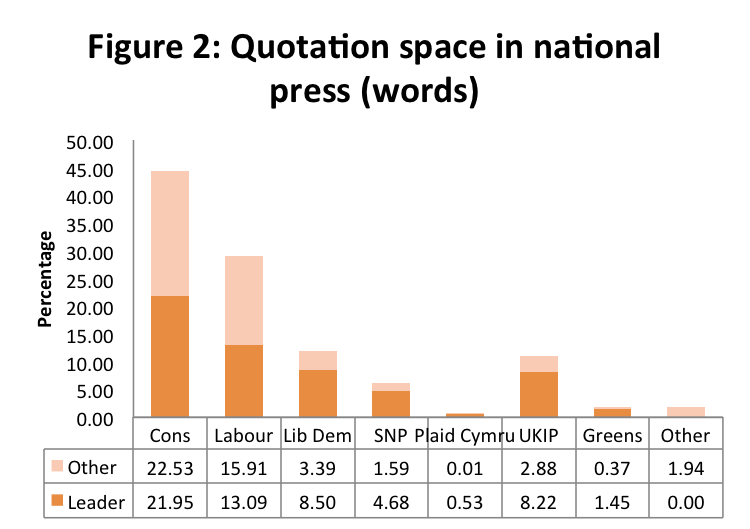 In press coverage, figure 2 shows there was a clear quotation gap between the Tories and the rest. David Cameron and his party benefitted from a Tory supporting press in away the other leaders did not.

Next we focus on the extent to which each news item had positive or negative implications for any of the political parties in the press (see our blog for more details). 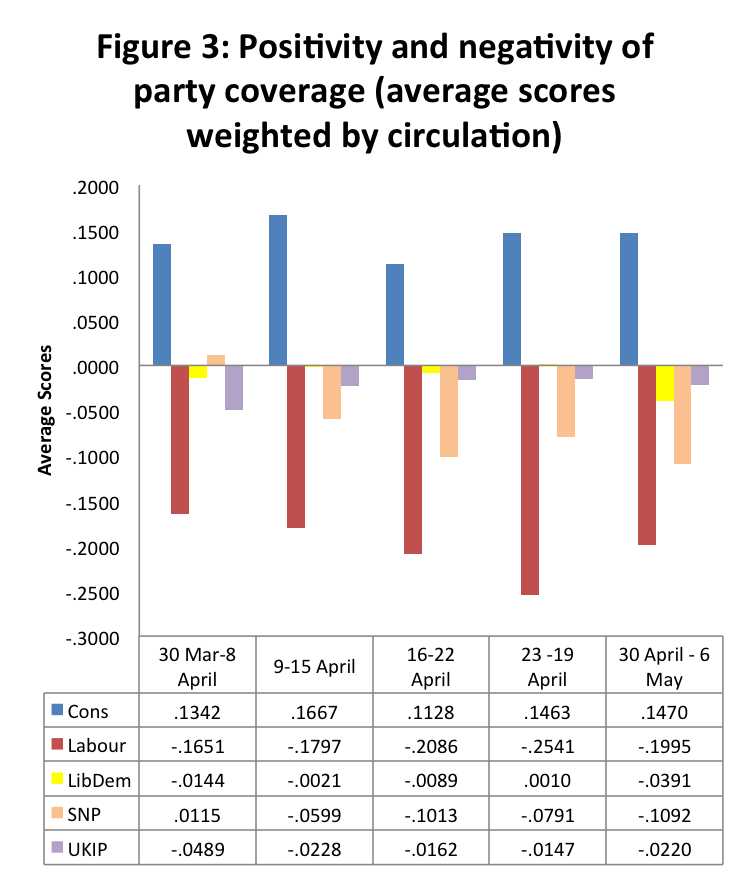 The big winners of the media coverage were the Conservatives. They gained the most quotation time, the most strident press support, and coverage focused on their favoured issues

Finally, we turn to the proportion of coverage focused on a specific issue. Table 1 shows that the electoral process itself dominated coverage. In terms of substantive issues, the economy dominated television and the press followed not too far behind by taxation. Constitutional issues, particularly concerning devolution and its discontents, gained proportionally more coverage on television than the press but were not as visible as might have been expected, nor were ‘immigration/ migration/ race’, the NHS, and Europe. Several other significant issues of public concern registered very little attention, in particular education, foreign policy [excluding EU], and the environment. 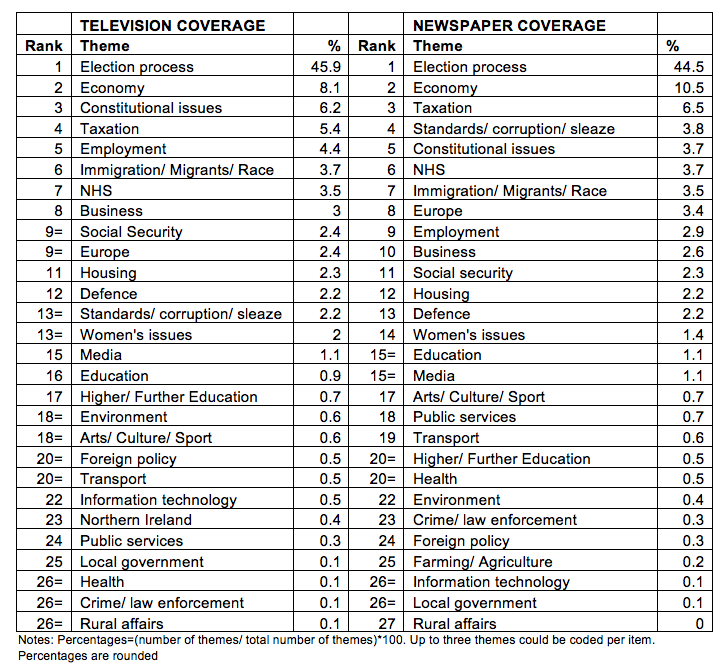 In sum, the press support of the Blair years had evaporated for Labour with coverage favouring the Tories and being hostile to the other parties and their leaders. Although, less skewed, television coverage favoured the two main parties and the three main party leaders. As with previous campaigns substantive issues were overlooked in favour of the campaign happenings and issues likely to dominate the next five years, such as Europe, were virtually absent. Overall, the big winners of the media coverage were the Conservatives. They gained the most quotation time, the most strident press support, and coverage focused on their favoured issues (the economy and taxation, rather than say the NHS).