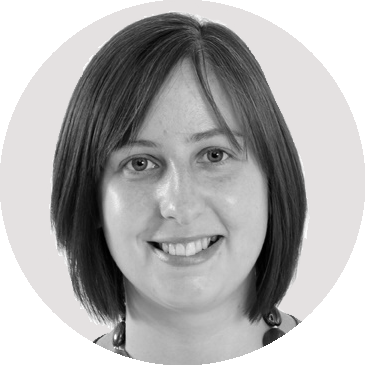 Jeremy Paxman’s question whether Ed Miliband was “tough enough” to handle foreign policy matters was an early indication of the personalised and masculinised campaign to come. Cameron and Miliband dominated the news coverage, despite the presence of three women leaders, Nicola Sturgeon, Leanne Wood and Natalie Bennett. Political leadership is often imbued with traditionally masculine characteristics and traits such as personal strength, competitiveness and ambition. Many of these traits sit awkwardly with expectations about femininity, and women candidates often struggle under such conditions.

Masculine stereotypes were often called upon in the news coverage of the campaign to lend credence to, or question, the male leaders as credible and suitable political leaders. The scrutiny given to the spouses of Cameron, Miliband and Clegg is not only a means assessing their normality, but also a way of emphasising their virility, and with it, their masculine credentials. Various references hinting at their sexual attractiveness and virility, or lack thereof, also pervaded the popular press in particular. The most obvious examples were The Sun’s ‘Oops, I’ve just lost my election’ headline after the leaders’ debate, and the emergence of the #Milifandom phenomenon on twitter. Emphasising fatherhood can also be seen as an attempt to portray the leaders as caring, strong patriarchs who are able to protect and defend the powerless. Cameron, in particular, called upon these ideas to deflect criticism of his commitment to the NHS by controversially referring to his late-son’s health problems.

One leader who was especially presented as a masculine figure was Nigel Farage. The frequent depiction of him in the pub, with pint in hand, plays into his desire to present himself as an ‘ordinary bloke’ who is a politically-incorrect and straight-talking politician who dares to challenge the establishment. Whether or not this is a desirable way for a party leader to behave is perhaps questionable, but it seems unlikely that such an approach could be successfully adopted by a woman. Calling on masculine stereotypes has its risks, for example David Cameron’s inability to remember which football team he supports perhaps undermined his masculine credentials (at least with some sections of the public).

Presidential and masculinised campaigns are fraught with danger for women leaders. The double-binds associated with women in politics are well discussed by feminist scholars and partially explain the domination of politics by men. The televised leaders’ debates, much like Prime Minister’s Questions in the House of Commons, are often seen as highly masculine competitions, where leaders can pit their intellectual strength and wit against one another. It therefore surprised many that Nicola Sturgeon was deemed by many commentators to have been the most successful performer this time around.

The Loughborough Communication Research Centre’s analysis of the national coverage showed Sturgeon was the most prominent woman in the campaign coverage, appearing in 24.1% of news items by the third week, helped by her unique role as potential ‘kingmaker’ (the term itself denoting the extent to which politics is still considered a masculine sphere). Despite an increasingly hostile national press which sought to portray her as a threat to British unity and English sovereignty, Sturgeon had a strong campaign. Conversely, Wood and Bennett struggled to make an impact on the national media, appearing in just 3.3% of items by the same point in the campaign. Other prominent women politicians, like Theresa May, Nicky Morgan and Yvette Cooper were also marginal to the campaign coverage. Other voices which ordinarily puncture the campaign coverage, such as voters and various ‘experts’ were also dominated by men. The only category where women were prevalent was the category of ‘politicians’ relative’.

Nicola Sturgeon’s successful negotiation of a personalised and male-dominated campaign seems to defy the usual narrative of British electoral coverage, whereby women are significantly marginalised. The mediated representation of men and women generally, however, serves to reinforce the fact that politics and news coverage of it, continues to be dominated by men.