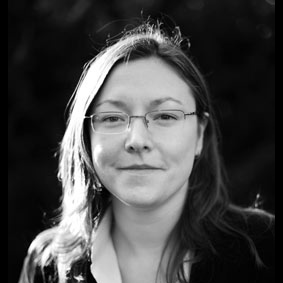 In the 2015 General Election campaign immigration was a key battleground issue. It featured strongly in each of the main parties’ manifestos and attracted a steady volume of news media coverage. Immigration was firmly on the national electioneering agenda as if this were a matter of ‘common sense’. Perhaps this should not be surprising. The increasing significance of immigration at the polls certainly seems clear according to successive IPSOS MORI opinion poll data. When asked during the 2015 campaign, ‘Looking ahead to the next General Election, which, if any, of these issues do you think will be very important to you in helping you to decide which party to vote for?’ asylum and immigration was 3rd most cited – apparently as critical an issue as education and outranking previously stalwart areas such as law and order/crime. In the more general Issues Index poll, immigration consistently ranks in the top 5 – overtaking the NHS as the ‘most important issue facing Britain today’ in March 2015. However, this ‘common sense’ public profile of immigration is neither ‘natural’ nor guaranteed, but rather, I argue, the product of populist cultural work to which the main political parties and the press contribute.

During the ‘short’ election campaign, national newspapers mentioned immigration daily, although policy was not necessarily always the focus of reports. Polls played an important role in shaping press narratives (assessing public trust in each party, support for policies and voting forecasts). Celebrity endorsements, policy guides and games aimed at informing voting decisions also featured. Coverage trailing the televised leadership debates and assessing performances was significant, including UKIP’s accusation of BBC leftist bias in the composition of debate audiences. Manifesto and campaign launches featured strongly early on with headline-grabbing policy announcements, especially from UKIP. Labour policy was represented as defensive with Miliband’s assertion that having ‘got it wrong in the past’ Labour would now be ‘smart’ on immigration.

On rare occasions comment pieces did critique the demonization of migrants. Other unusual stories included a voter survey reporting people no longer believed a ‘liberal elite’ disallowed talk about immigration, a protestor adding ‘welcome mats’ to UKIP immigration posters, and a Polish Prince challenging Farage to a sword duel in Hyde Park. Coverage of the migrant crisis in the Mediterranean featured too, focusing on the likelihood that the UK would be asked to accept a migrant quota and Miliband’s suggestion (largely reported as an outrageous ‘smear’) that Cameron’s policies were partially responsible for the crisis. Other comments argued the boat tragedies exposed the parochialism of UK election campaigning on immigration. However, overall dominant negative narratives were not challenged. Most articles worked to reinforce the ‘common sense’ notion that political parties simply respond to democratic demands and that ‘the issue’ should simply be taken seriously rather than critically interrogated or challenged.

Arguably, the meaning of immigration’s prominence is not so settled as it might appear from opinion polls. Unlike the NHS or the economy, it is not an issue with which the majority of people living in the country necessarily have a direct material experience. Its significance does not only come from concerns about current global migration flows or EU migration politics. It is always already culturally loaded and racialised, concerned with the division of political space between people ‘who belong’ and those who do not, and comes woven through with previous eras’ social anxieties and cultural antagonisms. The parameters of ‘the issue’ have long been largely fixed, framed within a dominant discourse holding that stronger border controls and more punitive restrictions upon migrants are almost always a ‘good thing’, with the already settled population (the British electorate) justified in feeling hard done by. The noisy ‘debate’ on immigration is not about these ideas, but about parties positioning and defending their political identities within a populist mainstream. The rise of UKIP has brought this struggle into sharp relief, which partially explains the extraordinary media attention they have received. With other parties seeking to neutralize UKIP’s populist appeal this political ground is protected from question or disrepute – there is rarely an accusation of anti-migrant scaremongering or racism in the mainstream. The main parties fight very carefully on this terrain to protect themselves, but also to avoid compromising it with the national press largely complicit in this populist cultural work.

*Nexis UK search of national newspaper headlines, lead paragraphs and indexing using search terms: immigra! Or migra! Or asylum or refugee! And election Not Clinton or Vikto or Burundi or Le Pen or Netanyahu or Tony Abbott or South Africa or Puerto Rico or Obama or Dafur or Eritrea or Malaysia or Kashmir or Republican or Rajapaska or Buhari.