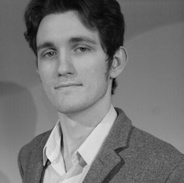 This election cycle there have been some good examples of traditional and new media synergising in an attempt to get young people engaged. People are increasingly using multiple screens at the same time: watching a show on TV, whilst tweeting along on their phone, and occasionally checking their tablet for news updates. For a number of years now, TV shows have prompted viewers to use specific hashtags so that they can interact with the show. This election we have had a deluge of political programming and the TV channels aimed to link the old with the new, both in terms of platforms and demographics. This election, there was a clear distinction between two types of social media engagement with TV.

hashtags that are designed with a purpose always run the risk of being commandeered by cynics and satirists, thereby rendering the purpose of the hashtag moot

There were many examples of programmes that promoted their own hashtags. BBC Daily Politics had #BBCdp, for example, and the ITV Leaders’ Debate had #BattleForNumber10. These however, can be seen as a somewhat passive engagement with the audience. Whilst the shows were keen to know what their viewers were thinking, it did not drive or alter the content of the shows. Having people talk about your show is good for publicity and in terms of the formal debates, gave journalists and academics something to analyse and talk about. Real social media engagement with traditional media could only be found on a handful of political TV shows, that were created specifically with the notion of social media engagement in mind.

Channel 4 staged an If We Ran Things event in which young people were able to express their views regarding their own priorities in the country both in studio and via the hashtag #IfWeRanThings. The live event, which was run in partnership with Twitter, provides evidence of the coming together of old and new media in a more active, agenda setting way that other TV programs did not have during the election.

On BBC 3, as part of their Free Speech series, they were encouraging use of the hashtags like #AskUkip and #AskATory for their audience to put questions towards their various panels. This is clearly an active relationship between social media and TV in that the questions being asked on Twitter were being put forward to the guests on the show. However, in using such hashtags, there is a danger of summoning the online satirists. As one of the shows panellists asked on Twitter before the show, “What could go wrong?” During the program, the hashtag was flooded with questions like “What’s the best way to clean the moat around my duck house?”. This, among many other examples highlights how hashtags that are designed with a purpose always run the risk of being commandeered by cynics and satirists, thereby rendering the purpose of the hashtag moot.

To mis-quote the philosopher Thomas Hobbes, the life of a hashtag is solitary, poor, nasty, brutish and short. This should not discourage TV in future elections from attempting to use social media in a more active way. It just means they will have to plan and think more carefully about when and where they choose to passively or actively engage with the social media audience.