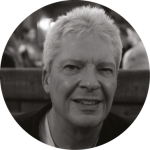 Professor of British Politics in the School of Law and Politics at Cardiff University. In 2014, he was Visiting Professor of Politics at Bordeaux University. He has published over 100 books, articles and chapters on aspects of post-1945 British politics, many of these on political parties, leadership rhetoric and communication, and elections and voting patterns.

When Theresa May announced the election, in April, the result seemed to be a foregone conclusion, for the Conservatives were 15-20 points head of Labour in most opinion polls, and May’s own popularity and leadership credibility vastly exceed that of Labour’s Jeremy Corbyn. A landslide Conservative victory – and a Labour meltdown – seemed to be a formality.

Hence the shock of the final result, in which the Conservatives’ loss of seats deprived them of a parliamentary majority, while Labour made significant advances, even winning former Conservative strongholds such as Canterbury and Kensington. While elections are shaped by various factors, there is no doubt that leadership played a major part in the 2017 result – but not in the way that had been widely assumed at the outset.

Theresa May had begun the campaign by promising to provide the ‘strong and stable’ leadership which Britain required, both to tackle domestic problems, and to adopt a tough stance vis-à-vis other EU leaders when negotiating Brexit. She contrasted this self-image with Jeremy Corbyn, who she depicted as ideologically extreme, a throw-back to the 1970s, and lacking the diplomatic skills and experience required to negotiate a ‘good’ Brexit. If voters failed to return a Conservative government, May warned, the result would probably be a ‘coalition of chaos’, as Labour desperately tried to form a government with the Scottish National Party and remnants of the Liberal Democrats.

Framing the election campaign in this manner, the Conservatives placed relatively little emphasis on detailed policy pledges; the main thrust was on May’s apparent leadership qualities and ability to pursue Brexit. Indeed, the Conservatives’ campaign bus featured May’s name in large letters on the side, while the Party’s name appeared in small letters.

However, her strategy to pursue a presidential-style campaign calamitously back-fired, because in some of her television interviews – the ones which she actually turned-up for – she sounded ‘wooden’ or nervous, and was inclined to answer questions with slogans (repeating the ‘strong and stable’ mantra), or verbally attacking Corbyn.

Of course, the most damaging episode was the so-called ‘dementia tax’, whereby some citizens who required social care in later life would have the costs recouped from the sale of their homes after they died. Not only did the policy prove deeply unpopular, May’s hasty U-turn when faced with ensuing controversy, fatally damaged her claims to be a ‘strong and stable’ leader. Some commentators believe that it was the ‘dementia tax’ which ultimately ‘lost’ the Conservatives the election.

May also suffered, it seems, as a consequence of the awful Manchester and London terrorist attacks. Not only did she link these atrocities to the need for stronger national security which could only be provided ‘strong and stable’ leadership, she also pointed reiterated Conservative allegations that Jeremy Corbyn had been a ‘terrorist-sympathiser’, due to his meetings, many years ago, with people associated with the IRA. However, May was immediately faced with criticism – including from some Conservatives – that she had been Home Secretary prior to becoming Prime Minister, and so had been the senior Minister responsible for cuts in policing, and the apparent failure to strengthen national security. This further weakened May’s authority and credibility during the election campaign.

Yet the Conservatives’ failure to win was not just because of May’s woeful campaign. It was also due, in part, to the surprisingly successful campaign by Labour leader Jeremy Corbyn. He confounded his many critics – not least in the Labour Party – with a calm, assured, election campaign, in which he promoted a package of left-wing, but nonetheless widely popular policies. Crucially, these had been ‘costed’, to reassure voters that a Labour government would not be economically profligate or reckless.

Corbyn’s calm public demeanour, affability, the courteous, measured and generally unflustered manner in which he answered questions, and his reluctance to engage in personalised attacks on his Conservative opponents, greatly impressed many television viewers and those who saw Corbyn via social media. This did much to counter the vicious attacks on him by pro-Conservative newspapers. Indeed, some of these press attacks might inadvertently have boosted Corbyn’s popularity, partly because the ‘calm’ Corbyn who viewers saw and heard on TV bore little relation to the ‘extremist’ Corbyn they read about in pro-Conservative papers, and partly because the sheer vitriol of the press attacks on Corbyn’s character offended a British sense of ‘fair play’.

In these respects, therefore, the 2017 general election was a dramatic tale of two leadership campaigns. The Conservatives’ Theresa May had a disastrous, error-strewn, campaign which destroyed her ‘strong and stable’ persona, and led to a catastrophic loss of support. By contrast, Labour’s Jeremy Corbyn astonished many people with his positive campaign, popular and ‘costed’ policies, and refusal to engage in personal attacks against his political opponents. As May’s popularity plummeted, Corbyn’s soared.