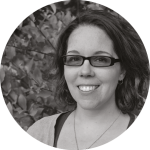 Politics Programme Leader and a Senior Lecturer at Bournemouth University. Her research considers framing of social and political issues in the news, especially emerging and controversial science and women’s expertise and leadership. 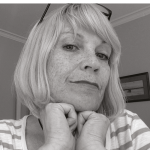 Professor of Culture and Communication at Bournemouth University and Director (with Caroline Bainbridge) of the AHRC Media and Inner World research network.

The presidential-style prominence given to Theresa May as a symbol of strength and stability contrasts sharply with images of her as a schemer, dissembler and flaky public performer. Whatever one’s feelings about May as a weak politician, the powerful emotions she attracts illustrates more widely the emotional framing of women politicians in news media and the gendered nature of contemporary politics. Although women’s influence on politics is growing globally and this election saw a record number of women elected, political culture remains a masculinised sphere where numerically men continue to dominate both as political journalists and as politicians. What’s more, the image and tone of male leadership remains defined as the default position against which women are often judged as lacking. If women perform assertively they are liable to be judged as cold and aggressive, but if they express emotion they are perceived as a potential liability, weak and even emotionally unstable. As racist social media and bullying coverage of Diane Abbott show, the structures of intersectionality and ‘race’ also play a significant role in this process. May’s own mocking attacks on Abbott indicate the pernicious way that such structural unconscious bias works, even between women.

The perception of May as cold and distant was reinforced through her poor performance on the stump and toe-curling television interviews that truly reflected the poverty of her policies and poor skills as a communicator. Nonetheless, as our own analysis of the news coverage of Clinton, Sturgeon, and Abbott show, the extreme response to her as a political figure also reflects wider patterns of news reporting of women politicians indicating that they attract love and loathing in equal measure. On the one hand, as May’s unflattering sobriquet ‘Maybot’ implies, she is represented as an unfeeling, unnatural, machine-like creature whose responses to interviews are so robotic that they would fail the Turing test. Whilst ‘Maybot’ presents a cartoonish image of the walking dead or a horror film Mummy, the alternative representation of May which remained popular with some Tory-leaning commentators up until the campaign’s final stages was that of another kind of Mummy: the containing, wise mother – or ‘Mother Theresa’ in the parlance of Daily Mail columnist Richard Littlejohn. As with Germany’s Angela Merkel, who is referred to as ‘Mutti’, some Tory MPs have gone so far as to refer to May as ‘Mummy’. The Oedipal connotations of the latter recall passionate feelings some of the Tory old guard felt about May’s role model Margaret Thatcher, who even referred to herself as ‘Mummy’ in her 2001 Plymouth ‘Mummy Returns Speech’. May’s performance as the Iron Lady re-born may have initially worked to reassure some, but for others, her femininity also evoked the return of the repressed – and not in a good way. When one Tory MP tweeted ‘Here comes Mummy’, journalist Sarah Ditum said it reminded her of a creepy episode of Doctor Who. Here, the fantasy dimensions of the response to May tap less into a Freudian model of Oedipal desire but instead hint at pre-oedipal anxieties about the maternal body – fears that continue to be expressed culturally when it comes to women holding positions of political power who are seen as usual and even a bit strange. Such concerns are often dealt with defensively – splitting women into good and bad – by idealising and denigrating them as objects of love or loathing as in the example of May or other politicians such as Clinton, Sturgeon and Abbott (Yates, 2015). Such attention often focuses on the body and, as we have discussed elsewhere in relation to the press coverage of Clinton’s aging body, the reporting of May has also been framed in this way – as in ‘Legsgate’, her ‘Prime Ministerial style’, her ‘lowcut tops’ and even her womb when the issue of her child-free status resurfaced in the election.

As a political leader, the representation of May’s relationship to feminism and her own femininity is complex. She follows Thatcher in aligning herself both to the memory of her actual father and to the values of the symbolic father (i.e. God, Patriarchy and possibly Geoffrey Boycott). Defining herself as the Vicar’s daughter with strong Church of England values; her mother is rarely mentioned as an object of identification. This omission and the emphasis on paternal inheritance reflects perhaps – albeit symbolically – her voting record on women’s issues such as more restrictive abortion laws, child tax credit cuts, and the attack on public sector jobs and social care. In this respect she follows Thatcher in failing to support other women through her social policy decisions. Her attempts to embody the ‘strong and stable leadership’ mantra is thus contingent upon the disavowal of those parts of herself aligned with feminism and social justice, and reinforces older notions of femininity as the cultural and political other. These same cultural processes that reinforce the dualities of femininity continue to shape the press coverage of women and the framing of their performance on the political stage.