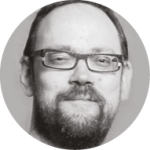 Professor of Media and Film at the University of Huddersfield, and co-Director of the Centre for Participatory Culture based there. He has written widely on media fandom, beginning with the book Fan Cultures (2002), and coming up to date with forthcoming chapters in The Routledge Companion to Media Fandom and the Wiley-Blackwell Companion to Fandom and Fan Studies.

Fandom emerged as a kind of small-scale curiosity in the 2015 election campaign – Milifandom offered an unexpected tale for the media, with Ed Miliband representing an unlikely object for fan art, memes, and intellectual crushes. But by 2017 fandom had surely taken up a very different presence in electoral discourse. Rather than politics interacting with popular culture in more traditional ways, via celebrity endorsements, or representations of ‘the political’, the energies of fandom that usually belonged to neoliberal consumption had instead migrated into an emergent left-populism.

No longer a mildly comedic story, aspects of fandom had become seriously integrated into ways of seeking to transform society – successfully ‘activated’ by the likes of Momentum. The political analyst Jonathan Dean has been foremost in documenting this, astutely arguing:

what distinguishes politicised fandom is… the direction of… affective flow. By this I mean that within ordinary fandoms, the affective ‘charge’ runs primarily between fan, fan object and fellow fans. As fandoms become politicised, however, fans’ affective investments become more ‘outwardly’ oriented in the sense of being constituted by a desire to change wider society.

At the same time, however, languages of fandom were being used very differently by opponents of ‘Corbyn-mania’ (Blairites as much as Tories), aiming to delegitimise and pathologise Jeremy Corbyn’s supporters. This was something of a ‘retro’ move, as it’s been widely argued that media fandom – once the target of ‘get a life!’ admonishments – is now part and parcel of mainstream culture. Indeed, books such as 2017’s Superfandom discuss how fan attachment can be serviced and monetised by an ever-vigilant culture industry.

But centre-right political discourse was busy turning the clock back and ignoring the Web 2.0 normalisation of fan activities; because here, fandom stood for the irrational/hysterical, and for an alleged detachment from (political) reality. Those supporting Jeremy Corbyn were rapidly badged as ‘Corbynistas’, dismissed as “delusional cultists” (in the recent and critically apologetic words of Owen Jones), and positioned as improper participants in the political sphere. Such an attempt at delegitimisation, based on deep-rooted binaries of emotion versus reason, was sharply encapsulated in a New Statesman article which accused Corbyn supporters of being “socialism fans”; something that was evidently felt to be far worse than them actually being socialists. “Socialism fans”, hazarded Daniel Allington,

…joined the [Labour] party not because they agreed with its goals and wanted to help it achieve them, but because they identified with the culture of Leftism and sought an active form of cultural participation — much as theatre buffs might join an amateur dramatics club, or history enthusiasts might join a medieval re-enactment society. …They view [the Labour Party]… as an opportunity to engage in demonstrations, protests, marches, and rallies — as well as thrilling social media battles against insufficiently radical Labour MPs.

The accusation is that this amounts to politics-as-lifestyle, restricted to social media consumption and engagement rather than ‘genuine’ political participation in campaigning, door-knocking, and so on. Socialists should be out there fighting the good fight, but “socialism fans” are allegedly narcissistic and individualized rather than politically committed and collectivised.

All such pathologisations of an emotional Corbyn ‘cult’ – of fan-like ‘protest’ rather than supposedly mature parliamentary politics – failed to predict or perceive the nationalisation of fandom which crystallised in the wake of Labour’s 2017 manifesto launch. Fannish energy and affect that were usually channelled through commercial (intellectual) properties became centred on a political movement that precisely articulated “social media battles” with door-knocking and the likes of mynearestmarginal.com, as well as utilising possibilities such as Facebook Live to train new canvassers.

There is an overly legible story of ‘hope’ versus ‘fear’ on show here, but this reduces the complex affective relationships of fan practice to a weirdly polarised binary, with commentary becoming (meta-)divisive. Taking seriously today’s politicised participatory culture – along with its chants of “Oh, Jeremy Corbyn” – means taking seriously the “stans”. As Zoe Williams says: “I had to Google what a stan was: it is a wild enthusiast, an off-the-charts believer, a person who will bore the pub down. Corbyn has these, and no other British politician does”. Such passionate “stans” (or productive, transformational and socially-engaged fans, in old money) do not only stand for ‘hope’, and nor do they narcissistically ‘mirror’ their self-identity through Jeremy Corbyn. Instead, they represent a subset of the electorate that views itself as a part of multiple online communities, collectives and groupings that can influence others, act in concert, and convey affective contagions, or moods, that are irreducible to easy media narratives of singular emotion. Popular culture, and its normative Web 2.0 neoliberal consumerism, has at least partly created the conditions of possibility for an anti-neoliberal populism that traverses and appreciates the mediated figure of Jeremy Corbyn without being enclosed in a ‘cult of personality’.