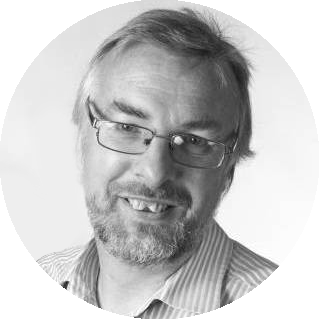 This was the fifth UK General Election campaign at which the Internet has played a part, and given the proliferation in social media use since 2010 many commentators expected it to play a key role. The consensus of most research has suggested that the role of web technologies has been primarily to offer information about the candidates and parties. One respected web campaigner once said to me the Internet would not deliver the Holy Grail of winning votes. So does this mean that party websites do not seek to change voting behaviour? I looked

UK political parties have sought to deliberately apply at least some persuasion theory to how they use their online presence, typically to mobilise supporters rather than change voters’ minds.

In recent years commercial companies have started to look at the application of gamification, namely to apply aspects of gaming to enhance relationships with web visitors. In the 2015 UK general Election gamification played no role with one important exception, the Conservative Party. They operated a points scheme, Share the Facts, designed to encourage interaction with their campaign. The scheme encourages supporters to share posts with others, those who sign up get points when they share posts, others click on their posts and if people react to their posts. Every fortnight the top twenty point scorers on their leader board win a prize. Turning the campaign into a game with a competition and rewards is designed to convert their supporters into online active campaigners enhancing the Party’s official online campaign. Gamification has clearly not taken off yet, but it will be interesting to see if this one example becomes the norm for parties as they seek a competitive edge, or is largely forgotten?

Another example of where parties have sought to apply the latest trends has been crowdfunding. In October 2014 The Green Party announced that it was working with Crowdfunder to raise money from small donations to secure £50,000 to ‘bankroll’ 75 candidates. By the beginning of the election campaign they had raised nearly £75,000. In March 2015 the Scottish National Party (SNP) similarly announced that it was turning to crowdfunding to support 21 election ‘projects’, including Alex Salmond its previous leaders’ campaign to win a seat. Both parties are seeking to capitalise online in the surge of interest and support offline.

A different approach to persuasion was provided by the Labour Party. I received an email about halfway through the campaign which included the following:

“I’ve just put together a list of everything our organisers will need to expand their operations. By my calculations, they need £111,300 for the penultimate week — and we need to raise that by midnight on Thursday if we’re going to get the money out to the organisers in time.
Nigel, if there ever there was a time to join the 20,388 others who’ve donated this month, this is it. Do your bit to help our campaign win as many votes as possible in the final two weeks of this neck-and-neck election — it takes two minutes to donate.”

This appeal features a number of well-used persuasion techniques. By using a very precise figure, £111,300, they are implying very clear costings, and also pique my interest. They provide a very short timeframe suggesting an urgency to act. And then they use social norms with 20,388 already donating. This suggests that I will not be alone, rather following something many others have already done and so these numbers encourage compliance as something normal. Looking at this appeal as a whole I see a very clear persuasive message: there is a real problem, that there is a solution, that I can help to solve it and there are few barriers to stop me doing so.

Of course these reflections of the 2015 General Election campaign are only a snap shot of the process of online persuasion, they cannot offer an assessment of what their effect has been. However, I would argue that UK political parties have sought to deliberately apply at least some persuasion theory to how they use their online presence, typically to mobilise supporters rather than change voters’ minds. I would expect this trend to increase in future campaigns.