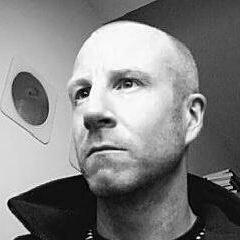 Senior Lecturer in Politics at Northumbria University and is the author of ‘The Battle for British Hearts and Minds on Europe: Anti- and Pro-European Propaganda, 1945-2015’ (forthcoming, Bloomsbury).

Political consulting – part of a global, multi-billion dollar political communications industry – is an integral part of contemporary election campaigning. While overseas consultants, mainly from the United States, have assisted the Conservative and Labour parties in British general elections since the 1980s and 1990s respectively – helping them to shape campaign messages, strategies and tactics – the 2015 General Election witnessed them playing a much more prominent role.

The Australian Lynton Crosby was engaged by the Conservatives in 2012 and was joined the following year by Jim Messina from the Barack Obama campaign team. Crosby directed the Conservatives’ unsuccessful 2005 General Election campaign and Boris Johnson’s successful 2008 and 2012 London Mayoral election campaigns. The American David Axelrod – who, along with Messina, engineered Obama’s successful 2008 and 2012 presidential campaigns – was hired by Labour in 2014. The Liberal Democrats employed the South African Ryan Coatzee in 2012 to serve as special advisor to Nick Clegg and, in 2015, strategic director, while Ruwan Kodikara, from the Quiller consultancy, assumed the role of head of media and branding.

The Conservatives deployed another effective tactic, known as wedge politics, which involves finding an issue that can be exploited to prise off your opponent’s traditional supporters

The Conservative campaign, tightly controlled by Crosby, communicated three main messages: that Labour had ‘crashed the economy’, that only the Conservatives had a ‘long-term economic plan’, and that Ed Miliband was not a credible alternative. These themes were enthusiastically amplified by much of the British press – evidenced by the Loughborough University Communication Research Centre and Open Democracy-Avaaz. Furthermore, a negative, highly personalized and sustained attack on Miliband was launched which surpassed that inflicted upon Neil Kinnock in 1992. Crosby’s 40-40 strategy involved targeting 40 seats, particularly those held by the Liberal Democrats, and defending a further 40 seats against Labour. Crosby conducted private polling in these 80 constituencies, providing candidates with detailed information, while Messina, drawing upon the successful Obama model, used this information to construct a new database and voter profiling system. For much of the campaign, opinion polls failed to show a Conservative lead and the Crosby approach was widely criticized. Having presciently advised masterclass students to ‘ignore the opinion polls’, the expression of such doubts may have been a controlled and diversionary tactic to suggest that the campaign was failing when, in reality, there was a ‘Team 2015’ force of 100,000 volunteers assisting constituency activists in the target seats. The Conservatives deployed another effective tactic, known as wedge politics, which involves finding an issue that can be exploited to prise off your opponent’s traditional supporters. Towards the end of the campaign, the Conservatives warned that a vote for rival parties would deliver a coalition or a minority government that was dependent upon the Scottish National Party. This would threaten the future of the union and would result in higher public spending and debt. The deployment of fear was effective and the Crosby strategy was an unexpected success; the Conservatives gained 28 seats and secured an overall majority of 331.

The Labour campaign, assisted by Axelrod, communicated two key messages: that Britain only succeeds when working people succeed – the so-called economic recovery having failed to solve the cost of living crisis – and that the Conservatives constituted a threat to the National Health Service. Minimalist in nature, the Axelrod strategy was predicated on mobilizing Labour’s core supporters and thus gaining the 35 per cent of the popular vote deemed necessary to deliver a majority. The party targeted 106 marginal seats with an army of 300 paid activists who helped to achieve Labour’s objective of five million doorstep conversations; effectively used its Contact Creator database and new Nation Builder software to organize and support these activists; and, drawing upon the Obama model, attracted 149,000 donations during the campaign as part of a £2.7 million crowdsourcing operation. Although hailed as the victor in the ‘ground war’ to encourage voter turnout, the party was ultimately defeated. The Axelrod strategy was an unmitigated disaster; Labour secured only 232 seats (24 less than in 2010).