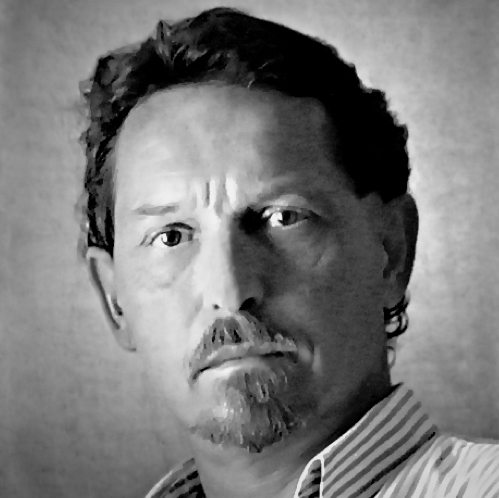 Senior Lecturer in Advertising at the Faculty of Media and Communication, Bournemouth University.

Prior to joining academia, for several years he was involved in Canadian federal and municipal politics.

The two inter-linked aspects of this election campaign I found most noteworthy were i) the extent to which the main parties, particularly Conservatives and Labour, insulated (protected) their leaders from direct contact – including depictions in the media – with members of the public, and ii) each parties’ success in avoiding the central questions about their policies upon which an informed choice depended.

The backdrop or ‘set’ against which a politician is seen has a subtle – but powerful – influence on our perceptions and therefore on our interpretations of the event (have you noticed, for example, how often automobile advertisements are filmed in natural and idyllic surroundings – rather than in traffic jams or suburban sprawl?). Employing many of the same visual communication strategies used to shape audiences’ attitudes towards consumer products, the organisers used these ‘pseudo-events’ to symbolically suggest the leaders’ popularity among the various ages, social and ethnic groups represented by the assembled crowds of Conservative supporters, Labour supporters, and Liberal Democrat supporters.

And of course, through the careful selection of those in close proximity to their leaders, the parties were also able to ensure that their leaders were not pressed – especially in the presence of cameras and journalists – for answers to the questions (to the Conservatives: Where will the promised £12b reductions in social spending be made? To Labour: What is the projected cost of your spending programmes?) they consistently refused to provide and which voters required to make an informed choice about the direction and priorities of UK society.

By carefully controlling the way in which the leaders were presented to the media, the parties made use of an insight offered by Walter Lippmann (1922) on shaping public opinion:

“In order to conduct a propaganda [sic] there must be some barrier between the public and the event. Access to the real environment must be limited [in order to control] where they look, and at what. […] It is often very illuminating, therefore, to ask yourself how you got at the facts on which you base your opinion.”

Comparing the various photographs made from different vantage points of a Conservative rally in Wadebridge, Cornwall Isabel Hardman writing in the Spectator ably demonstrates a basic principle of ‘visual syntax’ regularly used by newspaper photo editors: that when a photograph is tightly framed around a small group, it gives the impression of a much larger crowd.

The Conservative party’s Australian strategist, Lynton Crosby has clearly learned valuable lessons from American image consultants such as Michael Deaver whose work for US Presidents Ronald Reagan and George H.W. Bush included orchestrating scenes for televised events that left powerful symbolic images in people’s minds. According to The New York Times, Deaver was responsible for “Reagan’s most memorable photographic backdrops for public consumption”.

Reporting on the use of such visual stagecraft to shape US public perception of President George W. Bush’s economic plan, Elisabeth Bumiller of The New York Times wrote:

“The White House has stocked its communications operation with people who are experts in lighting, camera angles and the importance of backdrops. At a speech promoting his economic plan, White House officials [asked] people in the crowd behind [the President] to take off their ties […] so they would look more like the ordinary people the president said would benefit from his tax cut.”

Now, how many of us had naïvely assumed that, shown against a background of supporters while making his (certainly scripted) plea for the chance to carry out the next step of the Conservatives’ economic plan, Cameron appeared with rolled up shirt sleeves only because he was ‘pumped up’?

With ever greater control exercised by image consultants over the increasingly stage-managed appearances by politicians – whose public personas are already mediated through television and photojournalism, and whose every utterance will soon be vetted by continuous response measure (‘worm’ graphs) and focus groups – we will increasingly find (or worse, not notice) that we can no longer have confidence in the bases on which we make judgements about the character of those standing for office.

Coupled with the refusal to engage with the questions to which the public desperately wanted answers, these trends will only further exacerbate both the real and symbolic ‘distance’ between us and the politicians who claim to understand and represent our interests. Regrettably, these trends are likely to only gather momentum in future campaigns. Caveat emptor.