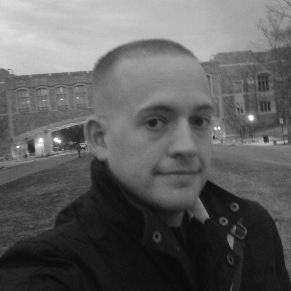 He is currently Marie-Curie Postdoctoral Fellow in the Department of European Studies, University of Amsterdam, leading an EU-funded project to redesign the Union’s symbols.

Confucius once opined that “signs and symbols rule the world – not words nor laws”. Nowhere is this more true than in contemporary electoral campaigns.

Symbolic language has always been a part of public political life, but recently its importance has multiplied. The 2015 General Election was saturated with symbolic constructions of nationhood and identity, expressing and appealing to imaginations of what it does and does not mean to be “British”. In recent decades this symbolic construction of nationhood has been confined to fringe nationalist groups with limited media exposure and appeal, but the recent Election demonstrated a growth in definitions of community which are expressed through symbols. These symbols increasingly express an ominous concept returning to British political discourse: ethnic nationalism.

The Referendum and Election have provided a foundation for ethnic nationalism to creep back into British politics under the guise of progressive politics, ostensibly legitimised through association with established parties.

Political communication – posters, pamphlets, the occasional bit of flag-waving – has of course always involved symbols, but under decades of a dominant two-party system these symbols focused on mundane economic and political elements of life: symbols, images, and text endlessly repeating the old mantra of schools, hospitals, and wages. Yet the 2015 campaign was markedly different due to two developments.

First was the surge in expressions of nationalist identity, either pro-independence or pro-Union, surrounding the Scottish independence question. The old symbolic paraphernalia of ethnic nationalism – flags, anthems, emotional appeals to a collective glorious history as independent Scots or unified Britons (collective histories which never really existed) – was dusted off by both sides and triumphantly returned to public spaces. This surge in nationalist sentiment carried on into the Election, influencing the symbolic communications of parties across the UK in an electoral campaign more reminiscent of Victorian populist jingoism than twenty-first century apathy.

The second development was the shift towards digital democracy in the form of the televised Leaders’ Debates; not quite new, but groundbreaking in that for the first time we saw equal mass exposure in the Election for the Greens, UKIP, SNP, and Plaid Cymru. And with the exception of the Greens, whose logo of the entire planet communicates a vaguely transnationalist ideology, these smaller parties preach the virtues of what Benedict Anderson identified as an imagined community: appeals to a national identity which does not really exist but which is constructed and communicated (often fiercely) through symbolic language sodden with expressions of who does and who does not, and who should and who should not, belong.

The consequence of these two developments was a seismic shift in symbolic communication from the traditions of two main parties denouncing each others’ dry manifestos to campaigns in which parties appealed not to rational policies but to irrational, emotional identities. While Labour simply recycled used images, other parties appealed to nationalist emotions. Conservative leaflets showed crudely-doctored images of Ed Miliband and Alex Salmond embracing outside Downing Street. SNP posters unconvincingly changed the upholstery in the House of Commons from drab green to gaudy tartan. UKIP posters awkwardly juxtaposed the White Cliffs of Dover with escalators, while Plaid Cymru pamphlets brazenly detached the map of Wales from the rest of the UK altogether (for recent party literature, see Electionleaflets.org). The party propaganda of 2015 appealed directly to symbolic constructions of nationhood, expressing who does and does not belong to these various imagined communities which are defined not by any chosen affiliation but by inherited ethnicity. Fostering nationalism is a dangerous game to play, yet such is the power of symbolic communication that it has been recklessly deployed to appeal to our hopes and fears, swaying voters from policies to feelings. For the very power of nationalist symbolism is its appeal to raw emotion.

The Referendum and Election have provided a foundation for ethnic nationalism to creep back into British politics under the guise of progressive politics, ostensibly legitimised through association with established parties. Those same parties are already preparing for the next test of nationalist sentiment – do we want to be ‘European’, and yet again, do the Scots want to be ‘British’? These campaigns will see an even greater surge in the symbolic language of flags, emblems, manufactured histories, and fierce visual rhetoric surrounding our ethnic identities; enflaming and appealing to emotions which inevitably overwhelm rationalist thought in a tsunami of ethnic symbolism.

As we approach new referenda in which we are asked to choose our national identity/ies, symbolic language will become even more significant. When the next leaflet is pushed through your letterbox, gaudily decorated with flags and icons and pithy proclamations that we must stay together or we must go our separate ways, don’t be too quick to display it in the window or toss it in the bin. Consider the power that those symbols have over your emotions, your identity, and ultimately your choice of vote. What exactly about it stirs your feelings? Is it the words and policies, or signs and symbols? Perhaps Confucius was right after all.