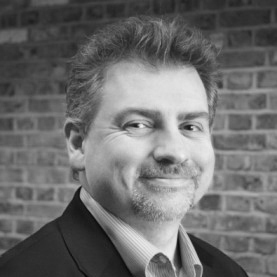 Senior Lecturer in Journalism and Media at The University of Northampton.

A journalist for 20 years he has worked for the BBC, ITN and The Times. He has also been an adviser on broadcasting strategy to David Cameron MP.

For decades there has been a warning for viewers that it’s time to switch channels or to go and make a cup of tea.

From Anthony Eden batting away rehearsed questions, to John Major visiting his childhood home, and Tony Blair: The Movie; the messages were cosy, bland and uninspiring. They rarely made an impact unless as objects of derision.

However, for this election the political parties have reinvented their use of video and sought inspiration from the much maligned staple of US Presidential elections: the attack ad.

Political advertising is forbidden under the UK’s broadcasting laws but by using YouTube and social media the parties have transmitted video messages to millions of people.

The Conservatives set the pace. One of their key theme was the danger of allowing the SNP to prop up a weak Labour government. On March the 22nd, just before Parliament was dissolved, they published a polished animationshowing Alex Salmond returning to Westminster to make Ed Miliband dance to his tune. It was short, smart and targeted – and, at the time of writing, it has been watched more than a quarter of a million times on YouTube.

The Tories have clearly learned lessons from their use of poster and billboard advertising. A single strong image dominates their most successful video, the delicate mechanism of a clock being smashed by a sledgehammer. A heavy handed metaphor for Labour wrecking the economy but it has been viewed more than 400,000 times on YouTube.

In general Labour’s tone was more positive. There were highly produced celebrity endorsements by actors such as Steve Coogan and Martin Freeman, and motivational videos extolling the virtues of voting Labour. These were similar to the traditional PEB although, perhaps, with higher production standards. But Labour also made use of short, sharable videos for social media. One that was particularly effective showed interviews with several Conservative ministers being evasive about plans to cut the top rate of income tax.

The parties’ video themes can broadly be broken down into three categories: attacking your opponents, positive message reinforcement, and endorsements – from both celebrities and “real” voters. Humour, as ever, played well. The Greens’ “Change the Tune” film featuring the other party leaders as a boy band racked up nearly 900,000 views on YouTube and more than 9,000 likes.

The use of Facebook and Twitter is allowing politicians to get their message straight to voters, cutting out the media middle-man. David Cameron’s Twitter account has more than a million followers. A huge audience for videos such as the one he tweeted showing Alex Salmond joking he would write Labour’s budget speech – that was retweeted more than a thousand times.

Why is this happening now? It’s the conjunction of several things: high levels of smartphone use and ease of access to video editing software, the extensive reach of YouTube, Twitter and Facebook, and the change in copyright law to allow humorous or satirical mash-ups has created a more permissive environment.

With the unexpected success of the Conservatives at this election, all the parties will want to draw lessons from a campaign that effectively delivered both positive and negative video messages directly to voters.