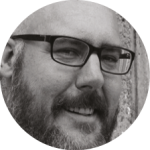 Professor of Politics and Founding Director of the Sir Bernard Crick Centre for the Public Understanding of Politics. His latest book What Kind of Democracy is This? is published by Policy Press, 2017.

It’s not easy being a Professor of Politics. Everyone expects me to know what’s going on and what’s likely to happen. But I’m just as bamboozled as everyone else by the outcome of the UK’s recent general election. And yet ‘bamboozlement’ is becoming something of a byword for modern democratic events – think Brexit, think Trump, and now think ‘Corbyn the conqueror’ – the unlikely cult hero leading an ‘old’ political party re-designated as a grassroots social movement.

And yet to some extent recent events in the UK are symptomatic of a broader international trend that is often (but incorrectly) labelled in terms of anti-political sentiment. Incorrectly labelled because the undoubted existence of high levels of social frustration and political disengagement amongst large sections of the public actually veils a desire for a ‘different’ politics – not the denial or rejection of the need for democratic politics itself. It is this that explains the growth of populist nationalism – with variants on both the right and left – in Europe and the United States. It also helps explain the recent election result in the UK.

The success of Jeremy Corbyn and his ‘New-Old’ Labour was that it managed to tap into and funnel the large reservoir of social frustration with politics that has been identified by political scientists for some years. Corbyn offered a very ‘different’ type of politics in terms of content (i.e. a clear shift to the left built around higher taxes and nationalisation) and form (against the clean-cut on-message image of ‘professional politicians’). Corbyn’s rather chaotic and almost amateurish approach came across as refreshingly honest; never before have a scruffy beard and an un-tucked shirt become such electoral assets.

politician (in terms of politicians who all look and behave the same) and if you are anti-establishment (in terms of believing in the existence of a largely untouchable political elite) then the Labour Party under Jeremy Corbyn positioned itself like a political lightning-rod to channel those frustrations. This is a key point that many of his opponents failed to understand. The more the media attacked and mocked him, the more Theresa May refused to engage, the more Boris Johnson described the Labour leader as a ‘benign herbivore’ and a ‘mutton-headed mugwump’ the more this seemed to energise and build Corbyn’s support base. It simply confirmed in the minds of the disaffected just how brash and arrogant the political elite (including the media and commentariat had become).

Funnelling frustration and offering a positive message formed the magic formula for the Labour Party’s glorious defeat. It tuned into the populist signal.

The critical element, however, which offers a key to understanding contemporary democracy more broadly was the manner in which the Labour Party secured the support of at least three very different segments of the previously disillusioned or disengaged.

The first segment was the traditionally anti-political youth vote (aged 18-24) that were dismissed for much of the election as ‘snowflake voters’ who would melt away before getting to the polling booth. The pollsters were wrong as around 72 per cent of younger voters placed their cross on the ballot paper (up from just 44 per cent in 2015). Many young people remained angry about the EU referendum vote and therefore overlapped with a second section of the public who were, put simply, ‘anti-hard Brexit’. This included remainers and soft-Brexiteers but the common denominator was deep-seated concern about the increasingly belligerent, nationalist and aggressive tone of the Conservative Party. Which, in turn, flows into a third and final group – the white working classes or ‘Left Behind’ that had rejected mainstream politics and progressive values and led ‘the revolt on the right’ seen in the emergence of UKIP. The simple fact seems to be that a large proportion of the ‘left behind’ went back to the left and the Labour Party as they prioritised an anti-austerity agenda and investment in public services above the anti-immigrant anti-Europe stance offered by the Conservatives.

The lessons for understanding democracy around the world?

Firstly, the public are not anti-political: they are ‘pro-political’ but ‘pro-a-different-way-of-doing-politics’. They crave the existence of real policy choices and a positive vision for the future. Secondly, the concept of democracy is in flux and is arguably more fragile than at any point in the last fifty years. Politicians need to be popular but this is very different to falling into the trap of populism (the very opposite of democratic politics). Finally, the rules of the political game have changed but nobody seems to know quite what they are anymore. We need a new language of politics in order to fully grasp what kind of democracy this is (let alone where it might be going).