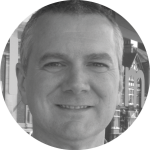 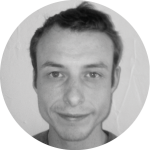 PhD student within the School of Social Sciences at Nottingham Trent University. His research investigates why young people’s turnout at elections is declining and whether membership of particular social groups influences the likelihood of participation in electoral politics.

Now the dust has settled, how should we account for the surge in youth turnout at the 2017 UK General Election with estimates that as many as 72 per cent of those aged 18-24 cast a vote – representing a significant increase on the last election and a departure from recent patterns of youth abstention? When Theresa May unexpectedly called a snap election on 18th April 2017, such an outcome seemed virtually unthinkable. The Conservative lead over Labour in the pre-election polls appeared unassailable, and the 50-day campaign period loomed long, flat and predictable. For many young people, another vote, soon after what they considered a deeply disappointing 2016 referendum outcome to leave the EU, heralded little more than the prospect of another 5 years in which their concerns would remain ignored by the political elite. The likelihood that Britain’s youth would flock to the polls seemed somewhat remote.

Certainly since 1997, election turnouts have been very generational affairs, characterised by strong voting by older citizens and abstention by the nation’s youth. At the 2015 General Election, only 43 per cent of registered 18-24 year olds voted, over 20 per cent below the average turnout and 35 per cent below those aged 65 and over. However, recent voting events suggested a possible change in the electoral wind, that youth could be attracted to the polls in 2017. In particular, over two-thirds (68 per cent) of those aged 16-24 voted at the 2014 Scottish Independence referendum and 60 per cent of 18-24 year olds voted at the 2016 European Union referendum, suggesting British youth will vote when motivated by the political issues at stake or feel that they can influence the result.

One early indication that we might see those 2014 and 2016 referenda youth turnout rates repeated in 2017 was revealed in Hansard’s Audit of Political Engagement shortly before Theresa May’s announcement. This suggested that 39 per cent of young people said they were certain to vote – a large increase on the 16 per cent who said they were certain to vote at a similar point in 2015.

There were other clues pointing to a possible upsurge in youth mobilisation. Nearly one million (919,691) under 25s signed-up to vote in the month before the 2017 registration deadline; this surpassed registration rates in the build up to the 2016 EU referendum (709,076) and 2015 General Election (657,570). Furthermore, young people’s certainty to vote soared to 63 per cent in polls before the election. Jeremy Corbyn seemed certainly to be a factor behind this surge and his openness to more direct forms of democracy appealed to young people who prefer politics created from below. Labour were leading the Conservatives by 57 points in the 18-24 cohort according to one poll shortly before the 2017 election, whereas only 16 per cent more of 18-24 year olds preferred Labour to the Conservatives at the 2015 election.

So why did Britain’s youth feel motivated to vote in 2017? One critical factor was their direct experience of recent government austerity policies. According to the Resolution Foundation and the Institute for Public Policy Research, young people have faced an unprecedented attack on their socioeconomic conditions in recent years; state support has been withdrawn from them (and often transferred to older age groups), their employment positions are increasingly precarious, access to homeownership is decreasing and wages are below those of previous youth generations.

Moreover, at the 2017 General Election, a number of youth-centred policies were promoted by the parties. All bar the Conservatives and UKIP backed extending voting rights to those aged 16 and 17. Labour’s manifesto promised large increases in the minimum wage for under 25s, the abolition of university tuition fees, restoring the Education Maintenance Allowance and greater employment security. The Liberal Democrats produced a youth manifesto written in consultation with young people, although the Conservative’s manifesto commitments were somewhat limited in scope.

Another potential factor was youth disappointment following the vote for “Brexit” at the EU referendum. The fact that three quarters of 18-24 year olds voted to “remain” may have motivated them to vote in 2017 to contest older generations’ preferences, which are often at odds with their political desires. Furthermore, young people may have also been more inclined to vote in 2017 as they believed they could influence the result. The Conservative Party were defending a working majority of 17 seats and research from the BBC before the election suggested young people could influence the result in up to 10 seats. While Henn and Foard (2014) suggest that contemporary youth doubt their influence in politics, their importance to the result of the 2017 election may have made them reconsider the impact they could have.

The 2017 General Election will be remembered for many things. The unprecedented wave of terror attacks that formed the backdrop to the election. The stark ideological choice on offer between a very traditional Conservative party and a resurgent Labour party led by a long-term socialist that ultimately only narrowly failed in defeating the incumbent Conservatives by a 2.4 percentage share of the national vote. The election will also be recalled as the event that captured the imagination of a new generation of young people who announced their return to the electoral stage in a way not seen in decades.