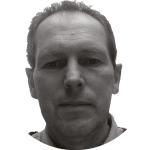 Lecturer in Comparative Politics at Oxford Brookes University in the United Kingdom.

As I have argued elsewhere, today politics in the United Kingdom and in much of Europe more generally is more complicated than a simple struggle between left and right. While issues of redistribution of wealth and private or public ownership of essential services have been critical issues in this month’s general election, the election took place in the shadow of last year’s vote to leave the European Union. While Brexit did not dominate the election as some commentators thought it would – and some politicians hoped it would – the UK’s future relationship with the EU is one element of a broad set of issues that have created a deep division within society. This division is essentially about the significance of “the other”, whether that be a power beyond our borders such as the EU, or a minority within, such as immigrants or Muslims. It is a divide between those whom David Goodhart describes as “from anywhere” and those “from somewhere”, between cosmopolitan “citizens of the world” and those who feel neglected and left behind by globalisation and feel that government is more interested in pleasing “outsiders” than its own people. Thus politics is not only shaped by (economic) left versus right, but also by a cultural dimension sometimes referred to as “open against closed”.

This election has been marked above all by a polarisation of the political parties. In line with Theresa May’s comment at last year’s Conservative Party Conference that “if you believe you’re a citizen of the world, you’re a citizen of nowhere”, since the vote to leave the EU and May’s victory in last year’s leadership contest, the Conservatives have positioned themselves near the “closed” end of the cultural dimension, drawing in former UKIP supporters, but at the same time have downplayed their position on the economic right by promising to increase the living wage and statutory rights for family care and training. This was a deliberate appeal to Labour’s former working class heartlands. At the same time, Labour took a very clear position near the left pole of the economic dimension by pledging to bring essential services back into public hands and increasing public expenditure through higher taxes on the wealthy. Finally, the Liberal Democrats and Greens both positioned themselves at the “open” end of the cultural dimension by calling for a second EU referendum. In Scotland, a rather different dynamic played out, with the critical divide being between those who favour independence and those who prefer the Union with the SNP located at one pole and the UK-wide parties at the other.

According to evidence obtained from data from English users of an online Voting Advice Application called WhoGetsMyVoteUK that ran from 24 May until 8 June and attracted some 100,000 users, a major rift has opened up between supporters of the Labour Party, the Greens and the Liberal Democrats on the one hand, and Conservative and UKIP supporters on the other. Supporters of the former three parties tend to be economically left-wing and “open”, while the supporters of the latter two are generally “closed” in the cultural sense, with quite a significant gap between the “open” and “closed” ends of the spectrum that is a kind of no-mans-land for party supporters. This is illustrated by the diagram above that shows the positions of users who claim to support these five parties on policy issues that correspond to each of the above-mentioned dimensions. For more details on how the positions of party supporters were calculated, as well as a comparison with their positions in 2015, please refer to a recent article I wrote for LSE blogs.

In the end, despite their acceptance of Brexit, Labour managed to gain the support of young, cosmopolitan, “open” voters, eclipsing the Liberal Democrats and Greens, who hoped they could draw on the support of this group, although in those few constituencies in which the Liberal Democrats posed a greater threat to the Conservatives (such as Oxford West and Abingdon, Twickenham and Bath), these voters proved ready to vote tactically to oust a Tory incumbent. At the same time, the Conservatives picked up the older, more culturally “closed” vote and even made some headway against Labour in some more working class Northern constituencies. In total, the more “open” parties, i.e. Labour, the Liberal Democrats, Greens, SNP and Plaid Cymru garnered 52.5% of the vote, while the “closed” parties of the Conservatives and UKIP won 44.3%.

On April 18, when she announced the general election, Theresa May claimed that “The country is coming together, but Westminster is not”. Evidence would suggest that both Westminster and the country remain deeply divided.