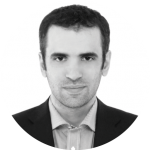 Research Fellow in Politics at the Hellenic Open University in Greece. His research focuses on political communication, voting behaviour and comparative politics.

The decision of Britain to leave the European Union (EU) has shaped British politics. Prime Minister Theresa May called an early election for June 2017 specifically asking the British electorate to decide who is the most capable of negotiating the Brexit process.

In this context, the Liberal Democrats attempted to project itself as the most pro-EU political force in order to benefit from the anti-Brexit (Bremain) vote. Lib Dems pledged to prevent Conservatives from seeking a ‘hard’ Brexit as well as to call a second referendum once the negotiation process has finalized.

However, it seems that the Liberal Democrats failed to benefit from the pro-EU part of the electorate. Although it gained five more seats than in the 2015 parliamentary elections, they saw their vote share fall to 7.4 per cent of the vote down from 7.9 per cent they had won previously. In parallel, Labour seemed to benefit from the anti-Brexit vote more than the Lib Dems.

As a result, the question that naturally emerges is why? Two main factors may explain the poor electoral performance: weak demand and weaker supply.

On the demand side, it seems that in the course of the election campaign the issue priorities of the British electorate changed to some extent. According to a post-election survey, almost one in three voters (28 per cent) considered Brexit as the most important issue facing the country. In parallel, the number of those who had backed the Remain side in the 2016 referendum appeared to have diminished. As a Yougov poll has indicated, around half of those who had voted in favour of Britain staying in the EU now share the view that the government has a duty to implement the Brexit process, while another half of them still want to reverse the referendum result. In other words, the rise of the so called ‘Re-Leavers’ weakened the anti-Brexit vote.

Against this backdrop, on the supply side, it is evident that Lib Dems failed to address credibly the concerns of their targeted voters. The campaign strategy of the party to stress the need for a ‘soft’ Brexit as well as to pledge a second referendum on whether the British people must accept the Brexit deal or to remain in the EU probably alienated both the hard Remainers and the Re-Leavers, generating more confusion rather than offering clarity. In particular, the promise of a second referendum probably estranged those ‘Re-Leavers’ who acknowledged the result of the referendum preferring a ‘soft’ Brexit, while the goal of a ‘soft’ Brexit made it difficult to attract ‘hard’ Remainers who wanted to overturn the referendum. It is indicative that one of the main reasons for which those who had voted for the Lib Dems in 2015 stated that they would not vote for them in 2017, was that they did not approve their policies.

In parallel, the position of Lib Dems had already been undermined by their record as part of the 2010-5 coalition government and particularly by their collaboration with the Conservatives. According to a pre-election YouGov survey, almost four in ten of those who had voted for the Lib Dems in 2010 and abandoned them in 2015 stated that they had no intention to vote for the party in 2017 due to their ‘broken promises’ during their governing period.

Certainly, the party had renewed its leadership, while it remained in opposition for two years. However, it seems that this did not suffice in order for the Lib Dems to cover up for their leadership deficit in the eyes of the public. It is indicative that Tim Farron’s favourable opinions did not exceed the 20 per cent mark compared to Theresa May and Jeremy Corbyn, who enjoyed higher popularity ratings.

However, it can be argued that the electoral result could produce opportunities for the pro-EU forces and particularly for the Lib Dems. It is reasonable to assume that the failure of the Conservative party to win an absolute majority is a rejection of the prospect of the ‘hard’ Brexit. In parallel, the political uncertainty that the election outcome generated might soon lead to fresh elections. So, the anti-Brexit parties might have an opportunity to shape the future of the country by turning the future of British politics to a pro-EU direction. However for the Liberal Democrats it would seem to be a challenge to regain their pre-2010 standing. Having been pushed to third place as Britain returns to two-party politics, and with a diminishing vote share, they may seem an even greater irrelevance by the time of the next election