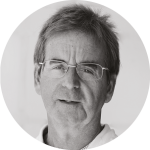 Senior Principle Academic in the Faculty of Media and Communication at Bournemouth University.

Snap, crackle, pop! The lady changes her mind and there was to be another General Election after all. Paradoxically and bizarrely it was framed as ‘the Brexit election’ by the very same politician who told us to ‘move on’ and accept the result. Initially the public appeared to accept the label. But then, like humans tend to do, we appropriated it to suit our own agenda.

When the ‘public’ are extolled as sovereign beyond scrutiny by the mainstream media, most notably the national broadcasters, we should, as (whisper this quietly) experts, be concerned, very concerned.

And so, we were able to enjoy or endure seven weeks of prime-time television coverage of the ‘Great British Public’ (potential voters) as co-creators of our election news. In a world where everybody’s opinion is equally valid the media generated instant commentary from the ‘person in the street’ and then sought to make news from it – even headlines at times regardless of how unsubstantiated or contradictory much public discourse was. Ouch; these are real people, this is the electorate being referring to, the nub of democracy. Indeed, but if enlightened debate is required for there to be any sense of flourishing in this sphere then mere projection of existing biases and prejudices, voicing of barely thought-through ideas, and verbally haranguing those standing for office, is really not a useful substitute.

What am I talking about?

Brenda from Bristol. Whose instant reaction kick-started the campaign with “Oh my God, your joking, not another one!”. I’ve watched her 14 second contribution over thirty times now and still I can’t quite locate its value in the context of division, growing inequality, world uncertainty and the rise of nationalism!

‘Women in sunglasses’ who disturbed not only Theresa May’s lunch (take away chips) but also the dogma of ‘strong and stable’ surrounding her early weeks in this election campaign. In the process of trying to have a conversation about several issues with the Prime Minister it became apparent, this lady was not for engaging.

Malcolm from Oxfordshire, who’d just turned 65 and liked the sound of his own voice when ‘confronting’ Tim Farron, accusing him of a variety of things (fake or not it didn’t seem to matter) from running the country down to labelling Leave supporters as ignorant. This member of the public was apparently “absolutely sure” what he’d voted for in the EU membership referendum. In his subsequent two minutes of fame, being interviewed for national television, the viewer might have had their doubts.

There must be something in the Oxfordshire water, the next awkward yet revelatory moment, was also in the county. This time Cathy gave the Prime Minister some home truths about life ‘on the PIP’ (Personal independent payment) a genuine struggle for Cathy. Most poignant in this encounter was the profound sense of different worlds briefly colliding; May appeared to both literally stagger and be staggered that such people exist so close to leafy southern suburbia …. and had no ability to engage with Cathy, instead responding with monotone platitudes as if taken from her now infamous party manifesto.

Such was the centralised control of the main party campaigns that these moments of connection were rare. The authentic qualities of these occasional encounters had ‘news value’ writ large and so were amplified on and offline; echoing for 24 hours or so after they occurred. Yet overall during this election ordinary voters’ un-staged interactions with politicians – usually whilst they were out shopping – did not significantly break into the election mind-set, did not set the agenda and, I suggest, were only defining in the sense of reifying the protective status of the ‘general public’s’ opinions, regardless of how informed or not they might have been. Striking was the complete lack of challenge to these public utterances … the notion of empowerment taken too far.

Drawing on these cultural observations, I argue that contemporary democracy, premised as it is on the atomized individual as the legitimate focus point, is being undermined. Disruption is due in part to a shift in our conception of ‘self’ where narcissistic tendencies are more pronounced and acceptable. This serves to corrode what it is to be civil and alters the nature of the public’s engagement with democratic forms of politics. Such politics has to be rooted in discourse ethics where we recognise the value of the other perspectives and are willing and able to be self-questioning. When the ‘public’ are extolled as sovereign beyond scrutiny by the mainstream media, most notably the national broadcasters, we should, as (whisper this quietly) experts, be concerned, very concerned.

What’s to be done?

The main parties clearly need new strategic responses in resisting this fetishisation of the public. Jeremy Corbyn’s driver had an unconventional approach; run them over! However, it turned out that the poor guy hit was a BBC reporter who simply held the camera whilst members of the public ranted and raved, and, in other ways, demonstrated just how parochial they can be. Plus, the solution can’t be acts of violence (inadvertent or not). Whilst Theresa May’s approach was to avoid the general public whenever possible, which rather neatly turned out to be a reasonably reciprocal arrangement. Tim Farron, ever demonstrating his reasonableness, foolishly saw it as an opportunity to have an actual conversation. The result: being shouted down … wagging pointed finger and all.

The outcome of this cacophony of reified noise? Brenda had better get herself prepared as she will no doubt be ‘door-stopped’ by journalists when the next General Election is called… probably sometime later this year.