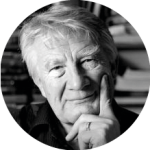 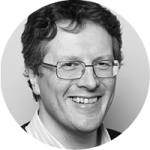 UKIP was a major player in the 2015 general election and the 2016 referendum. It was expected to be important in 2017 too – not by winning substantial votes, but by the choices its former supporters made, Brexit having been achieved. They were expected to help Theresa May achieve the goal set out in calling a snap election: to enhance her mandate in forthcoming Brexit negotiations. To gain a larger majority than Cameron in 2015 she needed support from those who favoured Brexit but had voted for other parties in 2015 –UKIP being the key target.

Voting UKIP, where it fielded a candidate, or Conservative to stress Brexit’s continued importance was seen unnecessary – especially among former Labour supporters for whom voting Conservative was anathema

Having been prominent in pressuring for an in-out referendum and playing a major part in the campaign that produced a narrow majority for Leave, UKIP’s raison d’être was eroded. To remain relevant it needed a new purpose and leader – Paul Nuttall – identified two main roles: to ensure a ‘hard Brexit’; and to retain the support of individuals who had previously voted Labour, but from which they felt increasingly alienated. UKIP could become the voice of the precariat.

Opinion polls initially suggested a wide Conservative lead over Labour with UKIP’s support – compared to 2015 – probably reduced by two-thirds. Many former UKIP voters were expected to switch to the Conservatives, as the party delivering Brexit, rather than Labour, seen as ‘lukewarm’. UKIP decided to promote that shift by not fielding candidates in many Labour-held marginals, in most of which UKIP’s 2015 vote share s exceeded Labour’s majority, to assist Conservative campaigns in those target seats.

Labour won 42 seats with a majority over the Conservatives of less than 10 percentage points in 2015. UKIP fielded a candidate in only seventeen – and in just three where it won less than 10 per cent. A number received campaign visits from Theresa May, expecting major gains.

Those expectations were dashed. Only five seats were won by the Conservatives (two in constituencies with no UKIP candidate). Indeed, Labour retained all fourteen of the most marginal four won in 2015 with majorities of less than one percentage point.

Why? In most of them Labour’s vote share increased by more than the Conservatives’, suggesting that more former UKIP voters switched to Labour. Many, especially northern constituencies such as Dewsbury and Halifax, had voted Labour before 2015; but were expected to vote Conservative in 2017 because of their views on Brexit. But they didn’t. Brexit had been agreed and they didn’t need to vote Conservative to ensure it happened. Instead, they were attracted by Labour’s anti-austerity policies and put off by some Conservative policies – notably on social care, pensions and schooling.

That strategy largely failed too. The UKIP vote collapsed across virtually all 44 seats, Labour being the major beneficiary. It won twenty-one of the constituencies, ten where UKIP didn’t field a candidate and eleven where it did. As in Labour-held marginals, more former UKIP supporters switched to Labour; there also, it seems, Labour’s policies were more attractive and Brexit was relatively unimportant – nine of the twenty Conservative MPs who voted Leave in 2016 lost their seats, as did twelve of the twenty-four who voted Remain.

UKIP won 12.6 per cent of the votes in 2015: in 2017 it was 1.8 per cent (back to 2001 levels), although polls suggested it would do about twice as well. (Many who said they would vote UKIP were maybe unaware there was no UKIP candidate in their constituency.) A majority of those who deserted UKIP were widely expected to vote Conservative, helping the party protect its marginal seats and win its targets from Labour. But they didn’t. Brexit was happening, and with the Conservatives expected to win the election a ‘hard Brexit’ was very likely. Voting UKIP, where it fielded a candidate, or Conservative to stress Brexit’s continued importance was seen unnecessary – especially among former Labour supporters for whom voting Conservative was anathema. Labour offered more attractive policies to those ‘just about managing’, and there was no reason not to return to their former loyalties.

The Conservatives, many pollsters and commentators – and perhaps many in Labour too – seriously misread how 2015 UKIP and 2016 Brexit voters would vote in 2017. UKIP alone did not block the Conservatives search for a larger majority or aid Labour’s unexpected advance. Labour’s policies attracted and mobilised many young voters –probably impeding advances by Liberal Democrats or Greens. Anti-SNP tactical voting also probably aided Conservatives’ Scottish victories, without which their lead over Labour could have been much smaller and their chances of forming a government significantly reduced. But in the big story of the 2017 election, the behaviour of UKIP and its former supporters played a (the?) major role – just not the expected role.