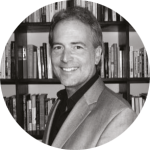 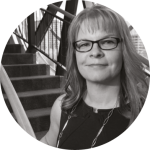 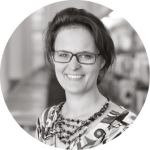 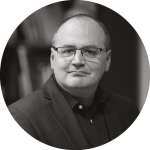 The term most associated with political engagement and participation is apathy. People do not see the point in voting, nothing changes when they do, a vote does not matter and they do not feel represented. Despite this somewhat negative picture voting is not in decline. The decline from 71% in 1997 to 59% in 2001 was indeed dramatic, but the context of that election was particular (the outcome was indisputable). Since then turnout has steadily increased to 66% in 2010. More importantly the 72% turnout in the 2016 referendum on the UK’s membership of the EU demonstrates when every vote counts voters head to the ballot box. While the youth vote remains problematic, the 64% turnout by 18-24s for the referendum is equally positive. While voting is perhaps the most crucial act in terms of determining a nation’s government, it is not the only form of participation. We report the findings of a survey of a representative sample of 1,525 UK citizens to discover how many participate in other forms of political activism and what mobilises them in order to shed some light on what factors might determine voter turnout.

citizens in a network of voters are more likely to vote and vice versa, so if people do encourage one another more might vote. This mechanism could be crucial particularly among the young. But campaign organisations, even political parties, have a role in mobilising citizens.

It appears there is increased interest in politics as a result of the EU referendum. 72% say they are fairly or very interested in politics, even factoring socially acceptable answers this is higher than one might expect. The referendum may also have been empowering, 48% suggest that people can influence government. Yet despite the interest and empowerment, still 59% display indications of apathy, suggesting voting makes little difference. These factors suggest other forms of participation may be sought by empowered and interested citizens.

However the evidence for this is not as strong as one might expect. While signing petitions is quite high, the ease in which this can now be done perhaps makes the 52% fairly low. Buying or boycotting products for political reasons is high, but this fundamentally does not go beyond the daily routine of shopping. Promoting a campaign, online or offline, is engaged in by 26% or 15%, few financially support campaigns, less take to the streets to demonstrate the online environment is a far more active participatory space. With numbers joining political parties or campaign organisations even lower, it would seem democratic processes beyond elections do not reflect interest levels.

But what factors mobilise citizens into participatory action? It is quite natural that the two most important factors are when an issue is of personally high importance and if a particular act is seen as part of the duty of a citizen of a democracy. These factors are personal, referred to as intrinsic motivations and drive those wishing to be heard on an issue that concerns them and, in doing so, feel empowered and good about themselves.

Peers and the parasocial effect of ‘people like us’ are also important. Social media allows citizens to advertise their activities, ‘telling your friends’ has a powerful mobilising effect. Research also indicates that the larger the numbers of previous signatories (for example) the higher the likelihood that further people will sign a petition. Of course friends and family also mobilise one another face to face, but due to peer to peer networks there are numerous options for mobilisation to occur and that is important for driving political participation.

What do these data tell us about voting behaviour? Firstly people must feel voting and its consequences are important, and that voting is likely to have an impact, and there must be a sense of duty. But networks can instil a sense of duty and importance, reinforce the importance of voting and can have an impact on voting intentions. Those citizens in a network of voters are more likely to vote and vice versa, so if people do encourage one another more might vote. This mechanism could be crucial particularly among the young. But campaign organisations, even political parties, have a role in mobilising citizens. The modern communication environment can increase or decrease political participation and the turnout in 2017 was a factor of that environment.