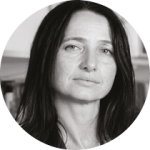 Professor of Media and Communications and Co-Director of the Goldsmiths Leverhulme Media Research Centre.

To understand power you must first appreciate what powerlessness feels like. To make sense of this General Election we must first turn to the Brexit referendum. Brexit spoke to those who felt cast aside by globalization and forgotten by ruling elites all too willing to stand by and watch communities decimated and social infrastructures weakened. The tag line for the Leave campaign offered the promise of a different future – ‘Let’s Take Back Control’. It spoke to a disaffection that democracy doesn’t work for the majority of its members. That the Conservative Party thought they could win an enhanced majority simply by repeating ‘Brexit means Brexit’ reveals they never fully understood what people had hoped Brexit could give them: the dignity of making their own history. They did not understand powerlessness.

they never fully understood what people had hoped Brexit could give them: the dignity of making their own history. They did not understand powerlessness.

To begin to appreciate powerlessness requires an understanding of inequality – the fault line that exposes disaffection from a certain type of politics. As inequality has increased so social mobility has fallen. As the poor have got poorer so they have had less and less influence over policies and politicians and been ever more cut adrift.

Global capitalism and democracy vie for opposite conclusions – one creates massive inequality and the other is premised upon political equality. When referendum pledges are shown to be disingenuous, then democracy flounders. When elite interests prevail and the political system no longer works for the mass of ordinary people, then democracy is weakened further. When people feel that they are dispensable and don’t need to be listened to, then democracy has failed. The Conservative party weren’t just not listening, they blatantly refused to engage in virtually any debate at all. The face of ‘Caring Conservatism’ that the vicar’s daughter tried to wear on becoming Prime Minister was quickly exposed as a poor disguise during the election campaign.

The Labour Party, simultaneously weakened internally felt emboldened externally to present a Manifesto package that stopped pandering to Conservative values in a desperate bid to win over middle England and spoke directly to the felt experience of social need on the ground – investment in people and communities, working rights, better wages, a functioning NHS, free education. They had nothing to lose and everything to gain. And so for the first time since the financial crash there was an attempt to break with the neo-liberal force-field and an acknowledgement that to do this would require a redistribution of wealth via a more progressive income tax. Only an anti-elite candidate like Corbyn could do this.

Some have claimed that the outcome of a hung parliament was so unexpected and so contrary to the majority of mainstream media coverage that it shows the end of their influence. Simultaneously, it is said to confirm the power of the internet to transform politics. But we should be wary of drawing such hasty conclusions. We should seek to appreciate what powerlessness feels like as we struggle to understand where power lies.

Political shifts do not happen as a consequence of mainstream media coverage (although they may help to set the agenda) or even from online networks (although they may help civil society to mobilise). It is not down to Facebook advertising or clever memes that go viral. Shifts emerge from particular histories and the contradictions between how we are told the world works and our experiences of it. We have been told by politicians and media alike that the only way out of an economic crisis is through a politics of austerity, despite the fact that the analysis on which a politics of austerity is based is largely discredited by the vast majority of economists. The more austerity we have had the less economic growth we experience and so the mismatch grows between what the politicians (and often the mainstream media news outlets) tell us and what our experiences show us. The Labour Manifesto spoke to the felt experience of inequality as powerlessness and then dared to proffer that austerity measures will make no difference to the many in the long term; that privatization is decimating long standing institutions of social democracy leaving the vulnerable unprotected and unrepresented; and crucially, that an alternative politics is possible.

Brexit forewarned us of a crisis of the relations of political representation and political parties, what Gramsci called a crisis of authority. But Gramsci also pointed to the ‘trenches and fortifications’ of civil society as sites where democracy could kick back and power be reclaimed. What made the difference in this election was not mainstream media or social media but people on the ground coming together, walking and talking on the streets, knocking on doors to inform and persuade people as equals in a shared society that their voice counted, that the prospect of democracy may yet be realised. And that’s powerful stuff.