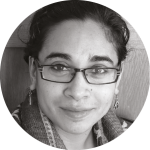 The normative role of mainstream media in democracies is to serve the public interest by representing the voices of citizens and holding those in power to account. Often, it appears, the British media choose to do neither. “The kind of bullying I’ve seen by The Sun, Daily Mail and even The Guardian and BBC of Jeremy Corbyn and us young people that supports him, would’ve destroyed some people. Even my uncle’s showed me the front pages and been like ‘What you supporting this loser for, mate?’ But I just told him: ‘don’t always believe what you read’.” Ongoing media analysis and youth focus groups for EU Horizon 2020 Project CATCH-EyoU and for the All Party Parliamentary Group on A Better Brexit for Young People by Sam Mejias and myself suggests many young people view Corbyn as the opposite of an irresponsible politician and their skepticism about the values and views of mainstream media are more than justified.

In the run-up to the announcement of the election, even the so-called ‘liberal’ media published material demonstrably more hostile to Corbyn than that published about previous Labour contenders. The stories were so vicious and contemptuous that young people interviewed about citizenship and democracy, commented that they felt the mainstream media were “bullying” Corbyn, “disgustingly unfair”, “totally biased”, “liars” and “belonged to the Rich”. Nevertheless, they continued to read these media, and few relied on alternative or online sources. Only one considered starting his own alternative blog. They were thus, de facto, responsible, and critical citizens.

Reports based on content analysis of media coverage of Corbyn concluded mainstream media were biased, and that much of the UK print media deliberately undermined the Labour leader’s public image. They did this by 1) ignoring, 2) under-representing or 3) misrepresenting his own statements and those of his Labour party allies, 4) taking statements out of context, 5) sensationalizing past relationships, and 6) giving airtime/print space to critics on the of the Labour right and in government. The photograph of Jeremy Corbyn walking beside a world war veteran, cropped to make it look as if Corbyn was dancing insultingly on Remembrance Sunday, is only one case of such deliberate misrepresentation.

Representations of Corbyn and front bench colleagues as terrorist sympathizers, and of him as a coward who’d refuse to press the nuclear button screamed from billboards and circulated on Twitter. Loughborough University reports during the campaign the British media disproportionately attacked Corbyn and Labour. The work of delegitimizing Labour’s policies and personal records continued unabated in the first week of June, with The Daily Mail, The Express and The Sun leading the attack. Younger citizens and those with longterm leftwing sympathies Tweeted and Facebooked their discomfort and anger, sometimes getting thousands of shares. Young people participating in our research repeatedly commented Corbyn is a hugely experienced MP with decades of constituency work, and a record of considered, ethical voting in parliamentary decisions on war, social benefits, civil and human rights. Several spoke of arguments with family members over the Brexit referendum and Jeremy Corbyn’s leadership. In Huddersfield, Portsmouth and London young people also pointed out repeated attempts by British media to sensationalize, personalize and vilify have left little space for the public at large – or in their case, their older relatives – to get to know Corbyn’s positive qualities. The May 29 TV appearances finally gave Corbyn and May equal airtime.

The context of media bias is, of course, significant. Corbyn and his shadow chancellor John McDonnell are exceptionally principled leftwing MPs, with no intention of changing their policies to satisfy big corporations. Much of the UK mainstream media expresses the ideological bias of their owners, with links to big business and conservative elites. Since the Leveson Inquiry links between Conservative government members and News International are no longer secret, and Twitter reports that Rupert Murdoch’s reaction to the exit polls was to storm out of the room. In this context, uncritical trust in media is tantamount to an abandonment of democracy.

In this fraught context, the stunning success of Labour, and Corbyn’s personal authority, has to be an incredible, momentous, political achievement: a triumph of critical citizenship and the young. My project observed networks of Labour activists and volunteers from Momentum, local Labour members, and alternative media producers working tirelessly in the past two months to get the “message” about social democratic policies and Corbyn’s integrity out to the public: a message that should have been given a fair and equal billing in mainstream media. Offline and online work – such as Momentum’s ‘Bernie Sanders Training Events’ and My nearest Marginal allowed inexperienced citizens across generations to get involved in supporting the campaign, and to express their solidarity outside the mainstream media bubble. The election result is a resounding confirmation that young voters, socialist values, alternative leftwing media and grassroots work on doorsteps can challenge mainstream media. But, mainstream media is still incredibly powerful, and those who trust it, particularly in the middle and older age groups, risk allowing themselves to be misled. Surely, as citizens and scholars, we should not be satisfied with always being the underdog – surely we need to point out, and fight to undermine the political power, propaganda, and everyday biases of mainstream media.