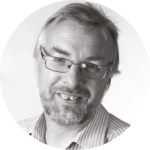 In an election campaign lasting six weeks what Party’s say on policy has limited effect on changing voting behaviour, that is done in the months/years preceding the campaign. Rather, campaigning helps parties identify, reach and mobilise those already sympathetic to them. The ‘air-war’ is dominated by advertising and increasingly social media, however, the Cinderella of online campaigning, e-newsletters, can play a narrow but important role. The attention in the 2017 online campaign has been on the high profile use of social media, but email has a role by imparting complicated information and enhancing existing relationships. E-newsletters are sent to those who are ‘warm’ to a party and can remind the receiver of important events, such as Manifesto launches. More importantly, they can make appeals for money and volunteers to enable ‘colder’ supporters to be reached by other means. E-newsletters prime purpose is to mobilise resources that can be used elsewhere.

Ethos – the credibility of the source;

While most of us might think the argument is key, Aristotle stressed the source whereas Maslem believes copywriting is essentially about emotions.

During the election campaign the public e-newsletters of four political parties (Conservatives. Labour, Liberal Democrats and the Greens) were analysed to see whether they applied Aristotle in constructing persuasive copy.

Ethos plays a fairly limited role, possibly because all subscribers opted to sign up to receive the emails and so knew the parties. Early on in the campaign the credibility of the message sender was stressed. In the Conservatives first e-newsletter, which was from Theresa May, she said “Last week I stood on the steps of Downing Street”, emphasising she was more credible as the incumbent. She went on to say “Every vote cast for the Conservatives will strengthen my hand in the Brexit negotiations”, highlighting her role. Even though the UK is not a presidential system, this was a clear attempt to contrast her credibility to be Prime Minister with that of Jeremy Corbyn. Labour’s first email sought to establish Jeremy Corbyn’s credibility in a different way, “Today at PMQs, Jeremy Corbyn raised the concerns of people struggling under this Tory Government.” It then went on to list questions asked on behalf of named citizens. May’s Ethos was based on her position and unique ability to carry out her responsibilities, whereas Corbyn’s was that he represented every-day people.

Pathos was central to the parties’ copywriting, with emotional appeals being a common tactic in most emails. Emotional arguments were used in five different ways. First, appeals for money sought to create a belief the individual could make a difference. For example, the Liberal Democrats said ‘We want you to be able to say “I helped make that happen.”’ All of the parties made reference to the amount of money they had raised, and why they needed more. Second, appeals to specific groups, so the Greens highlighted LGBT rights worldwide were under threat. Labour’s most common theme that they represented the many not the few is also an emotional appeal to groups of people. Third, social norms were invoked, so in launching their Manifesto the Labour Party said “We’re been joined by thousands of you rallying to action”, in other words you are not alone supporting us. Similarly, several financial appeals stressed how many people had donated, again emphasising supporter numbers. Fourth, a sense of urgency was attached to several appeals. The Labour Party gave a free tote bag to donors, but pointed out there was limited supply, so the message was donate before they run out. The Conservatives started one appeal for donations with “This is urgent”. The rest of the message explained that time was short for people’s donations to make a difference. Lastly, one tactic from the Conservatives and Greens was the use of a signature from the sender, implying a personal touch to make them more likeable. Emotional appeals are central to how the parties used their e-newsletters.

Logos was less frequently used, but was linked to the launch of the Manifestos. The Greens stated “Today we set out policies which don’t just defend our rights, but celebrate and extend them.” Indeed, in several emails the Greens highlighted reasons why the environment should be protected. Similarly, Liberal Democrats several times outlined briefly their position on Brexit. Labour made reference to the Dementia Tax, and then linked this to a fundraising appeal. However, the e-newsletters were not primarily used to persuade on policy.

Overall, e-newsletters tended to use emotional appeals, though there were slightly different approaches. Ethos was the Conservatives’ main approach consistently using “strong and stable leadership”, suggesting Theresa May was more credible. The opposition parties were much more likely to stress emotional messages, and to a lesser extent logical argument.

Applying Aristotle we can suggest that persuasion is about offering a credible source, engaging with the brain and stirring the heart. However, this is not the case with e-newsletters where copywriting was more likely to support Maslem’s view that emotion drives action. Party e-newsletters are used as a mobilising tool, whereas flyers and leaflets fulfil different, more policy led, purposes. The parties’ e-newsletter copywriters primarily applied Pathos by appealing to the heart, not the brain.