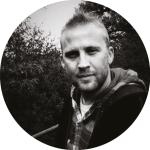 As I have been consistently reminded these last few days, ‘we’ did not win the election, so why does it feel like ‘we’ (non-Conservatives) did? What can account for this feeling of (slight) hope? What can account for the fact that I am heartened by the result of the latest General Election? This feeling is not through any particular party loyalty (‘my party’ continues to have only one MP, in Brighton Pavilion) but is perhaps best explained by the fact that in securing a 40% share, a 9.5% rise on the previous election and with 12,878,460 votes in total the Labour Party under the leadership of the much maligned Jeremy Corbyn, demonstrated that running on an explicitly social democratic platform, contrary to some predictionsis not necessarily the road to electoral oblivion.

After 7 years of the (always ideological) and now seemingly abandoned austerity, the Labour Party under Corbyn’s leadership, launched a manifesto that promised not only to end austerity, but to govern unashamedly in the social democratic (not socialist) tradition.

The Labour Party manifesto was in direct contrast to that of Theresa May’s (yes, it was hers, if you run an election on an explicitly presidential platform, then Theresa May gets to ‘own’ the result). Pitched to a population still suffering fully 9 years after the global financial crisis, a public exhausted and impoverished by austerity, the Tory manifesto promised nothing but more ‘tough decisions’, it was bereft of hope. Where Tories offered more pain, Labour offered a positive vision for the future.

Although reliable data is not yet available, this vision of the future certainly seems to have captured the imagination – and the votes – of the younger generation. It is not difficult to see why. Contrary to the story of 20th century capitalism – where each new generation is materially richer than that which preceded it – this next generation are likely to be materially worse off than their parents. If you’re between the ages of 18 and 30, with possible student debt; precarious labour; a zero hours contract; perhaps in a job but with contracting wages; collapsing health and social services; increasing rents; average house prices now 7.6 times the average salary; little or no chance to save for a deposit; then why would (m)any of that generation vote for the status quo? The status quo has not delivered for them, for ‘the many’. Is it any wonder then, that 40% of the population fancied something less painful, more hopeful, with a positive vision of the future?

Of course, still amazed by the result, it was not long before some commentators and even politicians complained that Corbyn had essentially ‘bought’ the youth (particularly student) vote with ‘bribes’ over tuition fees). Two points about this: Between 2013 and 2017, the Labour Party increased its membership from 189,000 to (at least) 517,000. Many of this membership base are young, newly engaged and were energised way before any policy on tuition fees was announced. This young voter base – repeatedly told they’re naive and stupid for supporting Corbyn – have been there campaigning and supporting for two years, not because of bribes but because they believe in something. Secondly, why, when it’s a policy on tuition fees is it a ‘bribe’, but when it’s a policy of ‘triple-lock pension guarantee’ (shoring up the grey vote) is it not a bribe? You could say the same of any popular policy with a likely voter base: Tax cuts for the rich? A bribe? Or ‘trickle-down economics’? Cuts to corporation tax? A bribe? Or ‘encouraging investment’?

Regarding ‘investment’, we are often told by the neoliberal hawks that cutting corporation tax encourages investment. However, despite cuts over the last 7 years, this race to the bottom has, thus far, not produced particularly compelling results. The UK is among the worst performers in terms of investment as % of GDP (ranked 124th in the world). With the pledge to raise corporation tax (gradually) to 26%, the press ran numerous scare-stories about the ‘Marxist Corbyn’. But the last time Corporation tax was as ‘high’ as 26%, was under the Coalition Government in 2011. When Thatcher left office, Corporation Tax was 32%. Does that make Thatcher a Marxist, a socialist or a social democrat? Further, how do ‘our competitors’ measure up? The most successful European state many would argue is Germany. Is anyone seriously suggesting that Germany is not among the most innovative and dynamic economies in Europe (or even the world)? Germany has a range of industries: heavy, light, innovative and digital. Their corporation tax? Currently 29.7%. Has this been a drag on industry and innovation? Germany has higher rates of tax but uses those revenues to invest in innovation, industrial strategy and education. Germany has one of the most highly educated populations in the world and most German states have no (or very low) University tuition fees.

Invest in people, invest in infrastructure – physical and intellectual – and you collectively invest in the future. Perhaps then, Labour under Corbyn, and the young voters flocking to the party, might be on to something after all. They did not win this sprint race, but they may win the longer one.