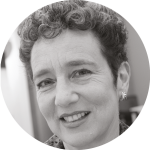 Head of the Journalism Department at City, University of London. She is a former BBC broadcaster who has published widely on international news and women in the media.

We have seen orchestrated and controlled election campaigns before, but the 2017 one reached a new level of media management. Whatever happened to the days of campaign rallies and politicians confronting noisy hecklers? There are many famous clips of politicians (from Quintin Hogg to Harold Wilson) dealing with unruly crowds and delivering their message to a mixed reception at best. In this campaign we saw nothing like that. #GE2017 was simply a process of carefully controlled appearances both before the media and the chosen publics.

Forget the lively morning election press conferences where journalists could lob all manner of tricky questions to a panel of senior politicians. Forget too visions of the soapbox – famously reinstated in 1992 by John Major – in town squares across the land to an assembled crowd of whoever wanted to turn up and listen. Any chances of senior figures meeting with a real voter were minimised and sanitised. Each side preferred well controlled encounters with true believers. The Corbyn rallies were rousing appearances before the faithful – creating the same vibe that we saw in the recent Labour leadership contests. And the effect was an almost pop festival like atmosphere, where week by week the attendances rose so that by the end huge crowds were thronging to hear their beloved Jeremy.

On the Tory side only a few times did the Prime Minister venture out and face unscripted unvetted encounters. Her media appearances were similarly curtailed. Aside from the famous and toe curling ‘One Show’ with Mr May, there were a few set piece broadcast interviews and minimal encounters with real people. Some of the most memorable occasions in past elections have been when politicians face unvarnished probing by normal voters. Both Tony Blair and John Prescott had such experiences. In 1983 the highlight of the campaign was Bristol voter Diane Gould asking Mrs Thatcher about the Belgrano. Or remember the Election Call phone-ins of the Robin Day era where every day a senior politician (including party leaders) was grilled by questions from the ordinary voting public. Not much of that happened in 2017. In fact there were no Radio 4, Channel 4 or even (Mrs Thatcher’s favourite) Radio 2 outings for the PM. John Humphreys, Jon Snow and Jeremy Vine were all rebuffed.

A high point of Jeremy Corbyn’s campaign was his last minute decision to attend the televised debate in Cambridge. Theresa May only further damaged herself by declining to participate – and then refusing even to appear on Women’s Hour. The campaign was a monotone and monochrome series of well organised photo opportunity encounters – where the PM was shown speaking to carefully curated groups. By excluding much of the media and restricting real people, it became a sanitised and even cynical operation. Spontaneity and nimbleness of response are crucial in effective politician campaigning. This was rarely in evidence.

Several times during the Trump era selective media (variously the BBC, CNN, New York Times etc) have been excluded from events as a ‘punishment’ for being over critical or telling a story that the administration disliked. And there were even echoes of such high handed behaviour in the UK campaign. Local media in Cornwall were told that they could not question Theresa May when she visited there and apparently were locked out of the event. International media encountered obstacles when they tried to question the Prime Minister on the campaign trail. Even Sky News (part owned by Mrs May’s friend Rupert Murdoch) was apparently denied access to cover the campaign properly – and shunted off the bus.

The overwhelming impression was of an operation which disdained and disparaged much of the Fourth Estate. Maybe it is appropriate in a period where the UK fell back to a pitiful 40th place in the Reporters Without Borders’ World Press Freedom Index, that the media were seen to be constrained and limited in reporting on a crucial democratic process.