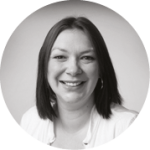 Lecturer in British Politics at the University of Leeds. Her research focuses on British foreign policy, including the Blair and Cameron governments and British aid policy. She also works extensively with the media, including the BBC and is Chair of the BISA Foreign Policy Working Group.

With the fallout from the Iraq war and conflicts in Libya and Syria, ethical foreign policy in Britain can be argued to have gone out of style. Theresa May made this clear in January 2017 when she stated that “The days of Britain and America intervening in sovereign countries in an attempt to remake the world in our own image are over”. Her speech suggested that the active protection of human rights globally by the UK, whether in terms of justification for action or realistic aim, no longer carries such weight in Downing Street, and many may well be pleased to hear such a promise. However, foreign policy, like all policy areas, is complicated and slogans and soundbites rarely explain its complexities. While the conflicts in Iraq, Libya and Syria have undoubtedly been problematic, the downgrading of human rights as an issue seems equally problematic, if not disastrous for all involved.

To be fair to the Blair government, an ethical foreign policy was never proposed by them. Robin Cook, in his infamous speech in 1997 called for ‘an ethical dimension’ to foreign policy. This ambiguous statement raised as many questions as it answered, largely because there was no discussion in the speech about where in the political hierarchy of priorities human rights fit. Since 1997, human rights have been used as a justification, and an excuse, for military action in numerous nations, not always with positive results. May’s speech indicated an end to such justifications. This is not surprising when considering the impact of Brexit on foreign affairs. In the light of Britain’s exit from the EU, the government will need to build strong business relationships with some global nations with less than glowing human rights records. Some of these nations, including Saudi Arabia and Indonesia, are already important arms customers. It therefore comes as no surprise that May would seek to ease minds on the importance of human rights to Britain, although it could easily be argued that Britain’s preoccupation with human rights has rarely led to a restriction in arms sales to repressive nations.

While foreign policy seemed to be largely overlooked in the 2017 election campaign, the Labour party sought to change that, by focusing their attention again on ethical foreign policy. While Emily Thornberry made little headway, the Manchester bomb changed the political environment. Corbyn’s speech on foreign policy, delivered just days after the bombing, questioned the impact of British overseas military action on domestic security. Putting his timing to one side, the speech caused consternation in some quarters, with Ben Wallace, former Security Minister, describing the speech as ‘crass’ and ‘appalling’. Corbyn’s allies argued that the speech was attempting to consider foreign policy in a more nuanced way, moving away from the flag-waving, jingoistic message which is often repeated by politicians. Instead, Corbyn argued that the actions of the British government overseas had allowed terrorist cells to paint Britain, and the west, as aggressors, acting as a form of recruitment for these terrorist organisations. Considering the linkages of the Manchester bomber with Libya, it seems likely that Corbyn may have been raising a valid point, certainly worthy of consideration, but was this General Election campaign the time to raise it?

The Blair and Cameron approach to military action was certainly not identical, but there were some similarities in their justification for military action, with some notable exceptions. While human rights was often mentioned, security concerns tended to be the issue on which both Blair and Cameron hung much of their military action. Be it the supposed threat from Iraq and the 45 minute claim or Cameron’s concerns over mass migration from Libya and Syria into mainland Europe, the threat to the UK is often identified as being a compelling factor for British action. May has argued that human rights concerns cannot be a factor for military action, but will the accompanying security concerns? For Corbyn the picture is even less clear. Like Cook, Corbyn is offering no detail on how he would balance human rights violations with domestic security, and it is clear why. Such a sliding scale is hard to explain under normal circumstances. It is near impossible in the aftermath of a terrorist attack, as Corbyn attempted to do. Inevitably he has been portrayed by some as an enemy of the British state, tying into the existing concerns over his links to the IRA and Hamas. May has wrapped herself in the Union Jack, suggesting that Britain will no longer place itself at risk by protecting abstract concepts such as human rights. For the British public, making a decision on foreign policy is not easy, with neither party being able to suggest a realistic plan to end terrorism in Britain.