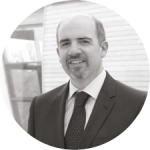 Deputy Chair of the Education Committee and Head of Durham Law School.

Immigration had been the number one issue of public concern before the start of the General Election campaign. Traditionally, this has benefited the Tories over Labour and the other parties. Several difficulties came up during the campaign that undermined support for the Tories and rendered immigration not only less of an issue, but weakened the Conservative Party’s grip on it.

First, the Tories offered surprisingly little on how they would change immigration policies – and their message became increasingly confused. Their election manifesto committed them to the same net migration target of 100,000 and by the same means – placing their hopes that leaving the EU would make it possible to meet their target. The message was confusing. On the one hand, a net migration target would be in place, but on the other admittedly not met until long after Brexit talks concluded likely into next Parliament. At a time where voters have little trust in their politicians to deliver on immigration reform, this was an admission of kicking a major issue into the long grass.

Second, what was new on immigration was feeble. Parliament passed the Immigration Act 2016 launching a new surcharge on employers hiring non-EU labour. This was meant to raise money to fund apprenticeships and provide a disincentive on hiring from abroad. There is no evidence yet that numbers are down or new jobs created as the new fee now comes online, but yet the Tory manifesto pledged to double it – raising questions about what, if any, evidence was used to change a policy only just passed. More importantly, to say employers will have a new fee as the new means to cut net migration by over 100,000 didn’t get far on the doorstep.

Thirdly, the Tories are more vulnerable on immigration now that they have a record. It was easy to attack Labour’s policies using the latest migration statistics, but now they are proving very damaging to the Conservatives. While public opinion is still critical of Labour, it is now fact that the UK’s net migration has never been higher than under Tory-led governments breaching over 300,000 per year. Perhaps the public could forgive the Tories and blame Labour for the first year or two of results, but nearly a decade of broken promises can only get Conservatives so far.

Fourthly, the Tories had mixed success on key immigration statistics during the campaign. They finally hit the headlines with achieving the first drops on their watch for two successive periods. This might normally be seen as a real boost. But the data behind the new figures showed they were driven by more EU nationals leaving what was perceived as an increasingly hostile environment – and the gains could be almost fully accounted for by the numbers of British nationals choosing to leave or not come back over the past 12 months. This highlights a long-term concern that raising immigration hurdles can actually be a disincentive to British nationals staying and raising families, especially when married to non-UK nationals.

Fifthly, the big issues were neither immigration nor Brexit. A US Presidential-styled race around Theresa May as “strong and stable” hit the rocks almost immediately with a U-turn over what became known as the dementia tax. This wavering in the face of intense pressure only four days after the Tory manifesto was published did serious damage to claims of being strong and stable for obvious reasons – and May never seemed to recover. It turned attention largely to the NHS and social care which generally favour Labour.

Finally, the Labour Party greatly improved their policies around immigration for their manifesto. While 2015 was characterised by mugs claiming “controls on immigration” later etched into the so-called Ed Stone (now reduced to rubble figuratively and literally), Labour developed a more detailed programme in line with their progressive commitments. It opposed use of arbitrary targets, favoured focusing on impact not net migration, defended a crackdown on exploitation of workers, called for reintroducing the migration impacts fund and a national review into immigration laws to build a system more fit for purpose than the largely ad hoc creature we see now. While Labour’s new immigration policies were never going to win an election by themselves, they were more popular and helped make the issue less of an electoral liability.

Together, these six reasons help explain why immigration was not the major issue by the end of the campaign that it was at the beginning, why the issue did not benefit the Tories in any case and why Labour was able to confound most predictions. It’s a cocktail few saw coming, but unlikely to change if another General Election is called in the next year or less.