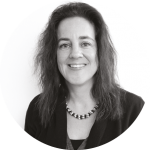 Professor in the Cardiff School of Journalism, Media and Cultural Studies. She is the author or editor of seven books, and has written more than 50 journal articles and 40 book chapters. She is completing Emotions, Media and Politics (Polity), and writing Digital Citizenship (Polity, with Arne Hintz and Lina Dencik).

And in this election season’s race for authenticity, Jeremy Corbyn came out miles ahead. But what does it mean to be an authentic politician? Scholars have grappled with this question for decades, and if anything, it has become more urgent than ever at a time where populist politicians across the political spectrum – from Jeremy Corbyn and Bernie Sanders to Donald Trump and Nigel Farage – have garnered support for their supposed authenticity.

The discourse theorist Martin Montgomery has argued that authenticity is characterised by natural and spontaneous talk which captures the experience of the speaker and is true to their core self. For media scholar Gunn Enli, a politician is perceived as authentic when they come across as trustworthy, likeable and genuine.

Over the last decade, the restless global quest for authenticity has lighted upon figures as various as Donald Trump, Alexis Tsipras, Marine Le Pen and now Mr Corbyn. In his television debates and interviews, he has projected some small symptoms of humour, modesty and sincerity.

Another Telegraph writer, Tom Harris, described Corbyn’s authenticity as expressed in a spontaneity that could never be matched by the Prime Minister: “The Islington MP, perhaps understanding he has nothing whatever to lose, is risking face-to-face meetings with the general public in an unrehearsed way that May has not yet had the courage to copy.”

Indeed, Corbyn’s authenticity was frequently contrasted to the perception of the Prime Minister as a cold and heartless control freak. Writing in The Times on June 3, Janice Turner observed:

“He’s so authentic,” people cry, as he presents homemade jam to The One Show while condemning the low-wage economy, calmly, without artifice or spin. “Bless! He seems so real!” And so he does, compared with Theresa May, a broken pull-string doll who can’t even utter her five preprogrammed phrases.

Similarly, Marina Hyde, writing in The Guardian, argued that May’s “primary means of showing solidarity with workers is to deliver answers so robotic that they suggest even her own job has already been automated.”

Hyde’s observation highlights the ways in which understandings of authenticity are tied to emotional qualities – an “authentic” politician is someone who is able to feel compassion for voters, to be able to deliver the policy changes they need. The contrast between Corbyn’s perceived emotional empathy and May’s cold and remote performance was a common theme throughout the election. It gained momentum after May’s performance on a BBC Question Time Election special. Here, she dismissed the concerns of an NHS nurse who had not received a pay rise since 2009, stating “there isn’t a magic money tree that we can shake that suddenly provides for everything that people want.”

As Brian May wrote in The Mirror, now “that the blinkers are off, we see Theresa May in her full glory – a ruthless insatiably ambitious woman with not a shred of compassion for man or beast.” Miranda Sawyer suggested in The Observer that Corbyn’s “appeal is not in his grasp of numbers but his understanding of emotion.”

The fact that candidates for office must show themselves to be “ordinary folks” who can empathise with citizens is nothing new. It has, for example, been a long-standing theme in writing on American presidential rhetoric. But it would be wrong to see the election results as determined by the personality of the main party leaders. Public debate around the campaign was, in fact, strongly focused on issues. This was particularly true as debates over the party manifestos unfolded and led to a significant backlash against the Conservative Party’s ‘dementia tax’ and a rise in public support for the progressive policies of the Labour Party.

But given the presidentialisation of British politics, these policies were seen to be underwritten by the trustworthiness and likeability of the party leaders. Rather than viewing an emphasis on personality and policy as mutually exclusive, we should understand the two as inextricably interlinked in contemporary politics, and the relationship cemented through the discourse of authenticity.

Methodological note: I carried out a Nexis UK search for the period April 18-June 9, 2017 in UK national newspapers, using the search terms “Corbyn” AND “authentic” OR “authenticity” anywhere in the story. This yielded a total of 62 stories, out of which 52 reflected on the perceived authenticity of the Labour leader.